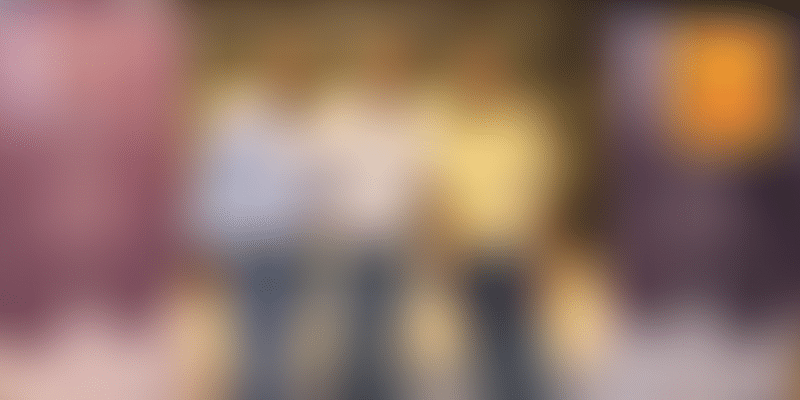 Starting up isn’t easy, especially without a supportive environment.

It was to nurture entrepreneurial dreams that Umesh Uttamchandani, Parth Shah, and Rushit Shah came together to create a community-driven, coworking startup.

Ahmedabad-based DevX was birthed to be the channel that connects startups, investors, and other pillars of the ecosystem.

“Tier II cities still lack a platform where investors and innovators can come together and work for mutual benefit. To have a thriving startup ecosystem in Gujarat, established entrepreneurs and business owners need to give back, by mentoring and supporting upcoming startups,” Umesh says.

He adds that “a strong push needs to come from established entrepreneurs, to develop a concrete, collaborative ecosystem in the state”.

According to the trio, the missing – and necessary – link in Gujarat was a coworking space that also offered additional value with services like a startup accelerator. That led to the founding of DevX in 2017 as workspaces that blend hospitality and technology.

Today DevX is spread across five cities: Ahmedabad, Vadodara, Mumbai, Indore, and Morjim (Goa). The founders claim that the centre in Goa will be India's first beach-side coworking space.

Parth, an MBA, and Rushit, a BTech graduate, know each other since childhood; their forefathers were close friends as well. Umesh and Parth, on the other hand, worked as consultants before starting up on their own.

The trio was joined by Jaimin Shah, Former Chairman for Domestic Council, NASSCOM. He plays the role of an active mentor and his strong network helps connect with the right people in the industry, the founders say.

The three of them had their own ventures prior to starting DevX. They decided to start a new venture with Dev Information Technology, a two-decade public listed IT organisation, but soon realised that Gujarat lagged when it came to the startup ecosystem.

“From that experience, we realised many facilities were missing for entrepreneurs, especially in Tier II towns. These included support in business registration, mentoring in product development, and fund-raising for scaling up were lacking,” explains Umesh, also a MBA graduate.

Currently, DevX is a team of 48 people. It also indirectly employs 75 people who are not on its payrolls, but comprise housekeeping staff, security guards, cleaners, and electricians.

What does DevX offer?

Targeted primarily at tech startups and corporates, DevX uses the hybrid model for the coworking space. Under this, larger corporates act as an anchor client by taking up 40 to 50 percent of the overall space; startups and SMEs take care of the remaining inventory.

DevX initiated its journey of coworking from the city of Ahmedabad; the largest inventory available at one centre was 70-80 seats.

“We received an inquiry for 20 seats from one of the largest accounting technology firms in Ahmedabad. We realised the potential of branding it could bring for us if we were able to showcase our vision. Eventually, we were able to convince them to take 500 seats. It was one of the largest deals by a coworking operator in 2017, not only in Gujarat but also across the country. That acted as a testament towards our vision for DevX,” Umesh explains.

DevX not only offer startups a cost-effective solution, but a place to collaborate and co-create.

“We strive to provide an environment where entrepreneurs are surrounded by like-minded people. Our office-cum-learning culture enables a person to form networks, and gain access to startups, mentors, and investors,” he adds.

Portfolio startups are allocated space without any infrastructure cost. They can also benefit from investment.

“We are able to attract and retain startups because we have an extended investment arm, which focuses on growth of early-stage startups. We have a ticket size of Rs 30 to 50 lakh against 6 to 8 percent equity participation. Apart from funding, we provide dedicated mentorship support, provide access to our network/community, and support in global expansion,” Umesh says.

For the investment arm, the team has created an entity named Las Olas Ventures LLP, under which it has raised a small corpus of Rs 2 crore. One of the partners in this is DevX, which contributes 15 percent of the overall fund. So far, it has invested in two startups: Quixote Automotive Technologies and Big Spoon Foods (Makhni Bros.)

Keen to help businesses keep the focus on growth, DevX has also partnered with multiple service providers, from legal to HR.

When asked about what is unique about their coworking space, Umesh says that they did not start out to “sell tables and chairs”.

“There is enough demand, and we want to increase the market size by creating awareness about coworking spaces and ensuring that every operator has a profitable run. Our holistic approach differentiates us,” he says.

DevX competes with the likes of WeWork, CoWrks, 99Springboard, and Awfis, which are likely to enter Tier II and Tier III cities soon.

As per the Global Coworking Unconference Conference, there were a total of around 1.7 million coworking members around the world in 2017; this is expected to touch the five-million mark by 2022.

“Since we have a presence in multiple Tier II cities, we have a quality customer base. Since inception we have been growing 100 percent year on year; next year, we are likely to register 500 percent growth as many centres that were in the design phase will go live in a couple of months,” Umesh says.

As DevX adopt a hybrid model for larger clients (from 70 to 500 seats), it adopts an open book policy. The selling price is determined by adding total cost incurred and a flat margin of 15 percent. For smaller clients (1 to 70 seats), pricing varies from location to location and product to product.

The startup claims to be operationally profitable from December 2018, having generated about $1 million last year.

DevX was bootstrapped with a capital investment of $0.5 million. It raised its first round of $1 million from a Gujarat-based investor in May 2019. The startup is now looking to raise an additional $3.5 million.

The startup is aiming to hit some major milestones in the next three years. This includes expansion to Surat, Rajkot, Bhubaneswar, Coimbatore, Chandigarh, Nagpur, and Bhopal, and opening more centres in cities like Vadodara and Indore.

It wants to on-board more startups and invest in them. “We intend to aggressively support, mentor, and create a strong portfolio of startups wherein we can add value and help them achieve success,” Umesh says.

DevX also plans to establish Makers Labs and Innovation Hubs across India at all its centres, and start IoT-enabled and Smart Offices.

“We would like to enhance our technology platform to ensure that all activities pertaining to the growth of our client’s business, like hiring new employees, internal team communication, project management, accounting, and others, are catered to. We also have plans to expand into the co-living domain,” Umesh says.