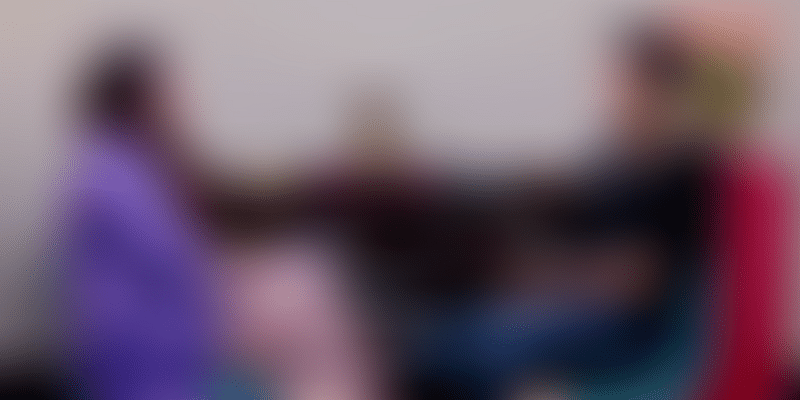 In an exclusive chat with YourStory, Vamsi Krishna, Co-founder of edtech startup Vedantu, shares the journey of the online learning platform in transforming the edtech space in India and pioneering personalised, live interactive online sessions for its growing students base in India.

The latest capital infusion is in addition to the $42 million Series C funding Vedantu raised in August 2019, led by Tiger Global and WestBridge, along with the participation of other investors such as TAL Education, Omidyar India, Accel, Prince Maximilian of Liechtenstein & CEO, LGT Group.

Vedantu, which has raised a total of $85 million so far, has today established itself as a category creator and leader in the K12 (kindergarten to Class 12) Live tutoring category. It has over six million monthly learners taking its live interactive classes which are conducted by more than 500 high-quality teachers on its highly intuitive next generation platform called WAVE.

Indeed, Vedantu’s singular aim is to ensure “impact at scale,” backed by the online learning platform’s long-term vision and focus on learning experiences and learning outcomes, its Chief Executive and Co-founder Vamsi Krishna tells me in an exclusive interview.

Starting up at a time when startups were not as glamorous as they are today, Vamsi Krishna talks to me about the journey of Vedantu – starting from a small town in the state of Punjab in 2005 with his three friends, Saurabh Saxena, Pulkit Jain, and Anand Prakash, all Indian Institute of Technology (IIT) graduates.

The four friends, who had initially succumbed to family pressure and taken up ‘regular jobs’, soon realised they wanted to start something on their own and launched their first venture Lakshya, which was an offline mentoring and test-prep company.

“We started mentoring a cohort of 35-odd kids of factory workers and other kids nearby. The big turning point was when 11 out of the 35 kids got selected for IITs. This was around 2006,” reminisces Vamsi about the early days. He adds, “We felt it was an amazing journey, very satisfying, and gratifying, and decided to continue in the education space.”

However, as the co-founders set out to scale Lakshya, they realised the limitations in doing so via offline education methods and so, began looking at technology as an enabler, giving rise to the birth of online learning platform, Vedantu.

The Bengaluru-based Vedantu, founded by Vamsi Krishna, Pulkit Jain, and Anand Prakash in 2014, provides live online classes to students between Classes 6 and 12 and also has courses for students preparing for engineering and medical entrance examinations.

Its biggest USP continues to be its live interactive classes, something Vedantu pioneered in India at a time when the internet and digital infrastructure was just taking off in the country.

Today, after addressing the challenges and limitations of the offline model with its personalised online learning platform, using artificial intelligence (AI) and machine learning (ML) technology, the company is now looking to impact a growing number of students in the remotest corners of the country by offering them customised education at affordable rates, Vamsi tells me.

Watch my full interview with Vamsi Krishna, CEO and Co-founder, Vedantu, in which he details the journey of the edtech startup, including challenges, learnings, and triumphs in operating in the Indian edtech space.

Here are the timestamps of the topics covered in the video interview for your easy reference:

3:53-5:20: Flipkart as an inspiration; tech as an enabler in Lakshya’s pursuit of scale and its eventual acquisition by a listed company in 2012

10:20-11:28: Impact of digital infrastructure changes in the country on Vedantu and other internet companies

13:19-18:14: How Vedantu created a distinct brand presence in the edtech space

18:20-20:20: Challenges related to funding and how Vedantu founders handled it

20:20-22: Vision of Vedantu: glamourise the teaching profession and create a 10x better version of Lakshya at a quarter of the cost

22:08-23: Impact of Vedantu so far, with nearly 15 million unique students online on a monthly basis

23:09-24:59: Vedantu co-founders’ commitment to disruptive innovation and how they sustain their drive

25-27:35: Outlook for Vedantu and unit economics in edtech business

29:30-33:14: Co-founders of Lakshya vs Vedantu and experience of working together