20 powerful quotes by Reid Hoffman, the former COO of Paypal and the man behind LinkedIn 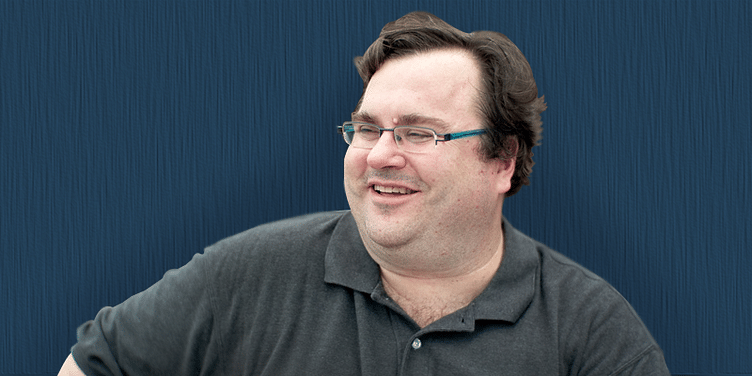 Reid Hoffman is considered one of Silicon Valley's most prolific and successful angel investors. A true entrepreneur, his ideas and his drive towards innovation serve as an inspiration to many.

An American billionaire, Reid Hoffman is an internet entrepreneur, venture capitalist, and an author. He was the Co-founder and Executive Chairman of ﻿LinkedIn﻿ and is currently a partner at Greylock Partners, a venture capital firm.

Born in California, the 52-year-old tech investor has a net worth of $1.9 billion, according to Forbes. He started his first paid job at 12 as an editor at the game company Chaosium. He completed his graduation from Stanford University where he won both a Marshall Scholarship and a Dinkelspiel Award. He has a master’s in philosophy from Oxford and considers it useful to his approach to business.

In 1997, Hoffman co-founded his first company SocialNet.com, which focused "on online dating and matching up people with similar interests”. In January 2000, he joined PayPal. He was one of the first employees at the payment company and joined as the company’s COO; it was later acquired by eBay in December 2002.

Along with his SocialNet colleagues, Reid co-founded LinkedIn and launched it in May 2003 as one of the first business-oriented online social networks. In 2016, Hoffman sold LinkedIn to Microsoft for $26.2 billion in cash and joined Microsoft's board.

He sits on the boards of several nonprofits, including Kiva, which seeks to combat poverty through microfinance. He has also made several successful investments in startups, including Airbnb and Swipely.

Reid Hoffmaan is the co-author of the The Start-Up of You: Adapt to the Future, Invest in Yourself, and Transform your Career, which sold more than 100,000 copies upon release. It became both a New York Times and Wall Street Journal bestseller.

In April 2014, US President Barack Obama named Hoffman as a Presidential Ambassador for Global Entrepreneurship "to help develop the next generation of entrepreneurs". Hoffman also received the Distinguished Citizen Award from the Commonwealth Club in April 2014. Forbes described Hoffman as "Silicon Valley's ﻿Uber﻿-investor" and he was ranked third on the Forbes Midas List of the top tech investors in May 2012.

Here are 20 quotes by Silicon Valley legend Reid Hoffman on what it means to be an entrepreneur.

“An entrepreneur is someone who jumps off a cliff, and builds a plane on his way down.”

“Everything in life has some risk, and what you have to actually learn to do is how to navigate it.”

“If you are not embarrassed by the first version of your product you’ve launched too late.”

“You have to be constantly reinventing yourself and investing in the future.”

“No matter how brilliant your mind or strategy, if you’re playing a solo game, you’ll always lose out to a team.”

“The will to create is encoded in human DNA.”

“Silicon Valley is a mindset, not a location.”

“All human beings are entrepreneurs.”

“Entrepreneurs are like visionaries. One of the ways they run forward is by viewing the thing they're doing as something that's going to be the whole world.”

“Sometimes freedom from normal rules is what gives you a competitive advantage.”

“If you’re not growing, you’re contracting.”

“The fastest way to change yourself is to hang out with people who are already the way you want to be.”

“Ironically, in a changing world, playing it safe is one of the riskiest things you can do.”

“We don’t celebrate failure in Silicon Valley. We celebrate learning.”

“You remake yourself as you grow and as the world changes. Your identity doesn’t get found. It emerges.”