AntWorks wants to reimagine the fundamentals of robotic process automation 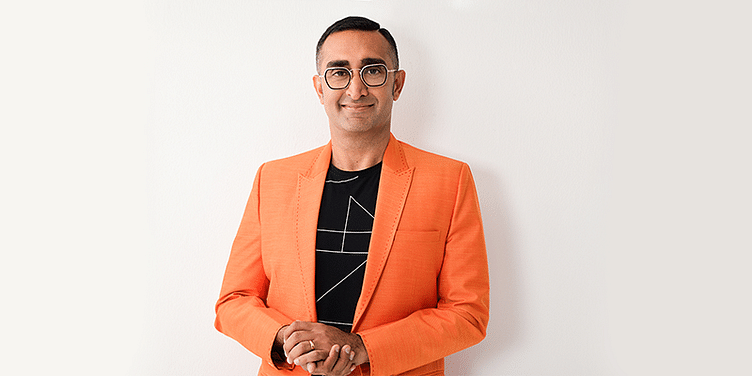 AI-driven automation startup AntWorks has now built its technology platform with a strong business case and has passed the ethics test.

Automation has become the new buzzword for the world today, doling out hope to millions across the world that many mundane tasks can be done through machines or algorithms.

In such a scenario, Artificial Intelligence (AI)-driven startup, AntWorks, wants to redefine the world of automation where there is a definite business outcome. That is not all. It also passes the ethics test.

AntWorks, the Singapore-headquartered AI startup in the space of robotic process automation (RPA), was founded by Asheesh Mehra and Govind Sandhu in 2015. With over three-fourth of its employees based out of India, AntWorks believes its time has come. Time to showcase to the world the technology prowess it has built and which is aligned with the needs of business.

Asheesh and Govind come with long experience of working with business process management (BPM), popularly known as the BPO industry. They had early interaction with RPA but felt there were many gaps which were unaddressed.

Why Artificial intelligence is the only key to visibility for business?

“Everybody was talking about a technology approach but not from a business perspective. RPA needs to solve business process without human intervention and also deliver an outcome,” says Asheesh.

For the first three years, AntWorks was working on a parallel mode where, on the one hand, it was engaged with clients to provide automation services, and on the other, it was building its own technology engine.

According to Asheesh, the biggest challenge that all the RPA companies were facing was that they were coming out with automation solutions without tackling the fundamental issue of how to deal with data.

The existing technology framework which was used to read various patterns of data was optical character recognition (OCR) but it had its own limitations as it could not go through complex maze of information. Enterprises generally have 85 percent of information passing through them which is unstructured.

“We decided to build our own data ingestion engine which is called cognitive machine reading, so that curated data is provided for the RPA where it automates a task,” says Asheesh.

The co-founder of AntWorks also claims that if one talks to 100 RPA users, it boils down to a situation where 95 percent of them have not seen any of their business cases being solved.

Having built this data engine based on fractal science, AntWorks was able to create a pattern recognition whereby enterprises and business could more accurately automate their tasks and have the desired outcome.

Towards this end, AntWorks created its own technology platform which does the task of RPA while giving the flexibility to the customers on how they would like to use it.

“To use our platform, one does not have to be a data scientist or need any specialised coding skills. We have a drag-and-drop environment to create the bots for automation tasks,” says Asheesh.

The platform built by AntWorks is for consumption of business analysts. “We have created an integrated automation platform where it can solve business cases of our customers,” says Asheesh.

Now, AntWorks believes that it is the right time to scale up its operations in terms of extending its reach in the marketplace. “The first three years were hard, with pain, frustration but also extreme satisfaction, but the last two years have been good,” says Asheesh.

It was also observed in the RPA industry that a vast majority of the projects have not scaled beyond a point and AntWorks spent a lot of time in 2019 to educate the marketplace about its platform. It also impressed upon the various global analyst bodies on the skills it possesses.

Currently, AntWorks’ clientele is broad-based and spread across various geographies like North America, Europe, and Asia Pacific. In India, five of the top 10 banks are engaged with it.

Though AntWorks has dominant focus on the various segments of Banking, Financial Services and Insurance (BFSI) industry, it has got its presence in other areas such as retail, healthcare, telco, and advertising, as well.

“For us, customer stickiness has been high because many of them start off small at $75,000 or $100,000 business but very quickly move to north of a $1 million,” says Asheesh.

This is because it not only provides multiple positive outcomes such as increased productivity, lower costs, and competitive edge, but also frees up the time of the enterprises who can actively look at other market opportunities. All this is being done at a high speed because AntWorks is able to process the data faster to feed its automation engine.

However, Asheesh admits that they have had multiple failures and successes which have kept them grounded and helped them in having an open mind to learning new things.

AntWorks is very clear on how its technology platform is used as it believes that AI should be delivered for good results. “AI can be used for malicious purpose, so we go through very stringent deal qualification process with our clients,” says Asheesh. “Our technology is 100 percent transparent, auditable and everything can be traced back,” he remarks.

AntWorks currently has over 650 people with around 430 based at its three centres in India – Bengaluru, Chennai, and Mumbai. Besides, it has offices across the globe.

This startup first raised its series A round of funding of $15 million (Rs 105 crore approx) in 2018 from SBI Holdings, Japan. It plans to go for its second round during the course of this year.

Though bootstrapped in its initial years, AntWorks generated enough revenue which provided the resources to reinvest in its business. AntWorks is confident of recording a growth rate in the range of 300-400 percent for FY20, as the fundamental blocks are in place. It also aims to be profitable by 2022.

The co-founder of AntWorks believes in taking everybody along as part of their growth journey as, he says, the startup provides employee stock option even to the lowest level of its employees.

“Nobody tells you how hard entrepreneurial journey is as one has to make a lot of sacrifices. It is like going through a sauna, sweating day and night. Outcome has been great for us,” says Asheesh.