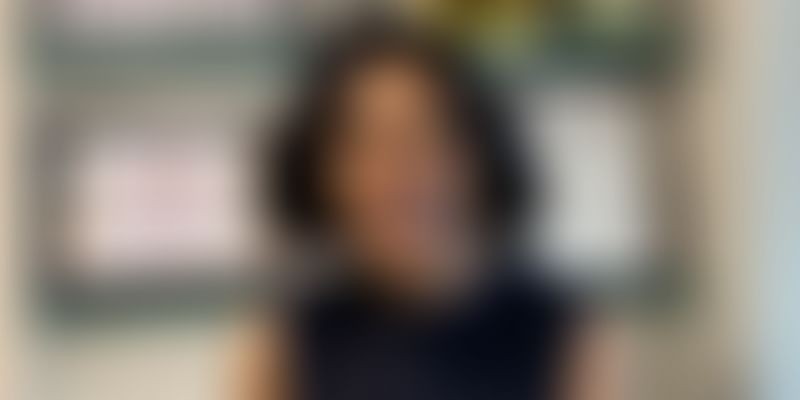 MISSING is a public art project by artist Leena Kejriwal, launched at the India Art Fair in 2014 to highlight the trafficking of minor girls in India.

MISSING is a public art project by artist Leena Kejriwal, which was launched at the India Art Fair in 2014 to highlight the trafficking of minor girls in India. Art installations, stencils of women, campaigns, the MISSING mural walk and padayatra are some of the features that spread awareness on the issue.

[Human Rights Day] How 2,500 survivors have come together to start a forum to fight human trafficking

“Our family home in Kolkata happened to be near Sonagachi, one of the largest red-light districts. While I was aware of it, it was much later as a photographer during one of my walks in the city, that I first entered a red-light district,” said Leena, an alumnus of the School of Visual Arts, New York.

While her works reflect her preoccupation to shed light on the effects of human trafficking and her empathy for the girls, she said, “I realised if my art had to really make the impact I cared about, I had to distil the issue into a simple, engaging piece of art that spoke to everyone. That is when my public art project MISSING emerged.”

In 2015, Kejriwal also launched the MISSING Link Trust, a non-profit that works in the area of anti-trafficking awareness. Today, Kejriwal also runs a successful crowdfunding campaign to gather support and spread awareness on sex trafficking of young girls.

Kejriwal also published a book Calcutta, Repossessing the City which she credits as the inspiration for the MISSING art project where she collaborated with curator Shaheen Merali to create exhibitions such as ‘When Violence Becomes Decadent’ at the Freies Museum Berlin, ‘I saw that which had remained unseen’ in Tehran, and ‘Entropic Sites’ at the Shrine Empire.

The project comprises larger-than-life black silhouettes, which represents the thousands of girls who disappear each year in the country. Many of them are forced into prostitution before reaching puberty. What started as an art installation in one city is now a pan-India phenomenon that is raising awareness about this issue.

The Missing Trust, started by Kejriwal, is also behind MISSING, a game app that has received nearly one million organic downloads across 70+ countries, and was awarded the NASSCOM Indie Game of the Year. The role-playing game invokes discomfort in the player through the intensive and claustrophobic experience of being in the shoes of a human trafficking victim.

The impact has been multifold. So far, through the padayatra, they have reached out to 75,000 people in 14 cities and towns, 46,000 vulnerable youth educated under the rural awareness programmes. The project led to the creation of 5,000 stencils across 40+ cities, and 40,000 students sensitised through urban awareness programmes. The trust also creates awareness on menstrual hygiene and has helped build 300+ toilets.

The project is crowd-funded, and Kejriwal has raised a significant share of the funds to take it to different cities. “I had initially appealed to corporate houses to fund the project but decided that it should be for the people and by the people,” she said.

With so many initiatives, the team believes that communication is the key, especially since they work extensively in rural areas. It is here that the team relies on WhatsApp.

“WhatsApp groups, audio and video calling have enabled us to communicate consistently with our team and beneficiaries as almost everyone has a smartphone. We have separate WhatsApp groups for different purposes to share daily updates and progress, work files, and review calls.”

“We often opt for crowdfunding to raise funds. In our initial days, we had to crowdfund a campaign because corporate sponsorship didn’t work out. In just 60 days, we managed to raise our target to create the first set of installations and develop the MISSING Game for the Cause. We effectively used WhatsApp as part of our crowdfunding campaign. The success of that first-ever campaign gave us the confidence to further drive public ownership for a sensitive cause like ours.”

The team is now working on developing an Augmented Reality application, The MISSING: The Complete Saga game and a MISSING School Book Comic.