[Human Rights Day] How 2,500 survivors have come together to start a forum to fight human trafficking 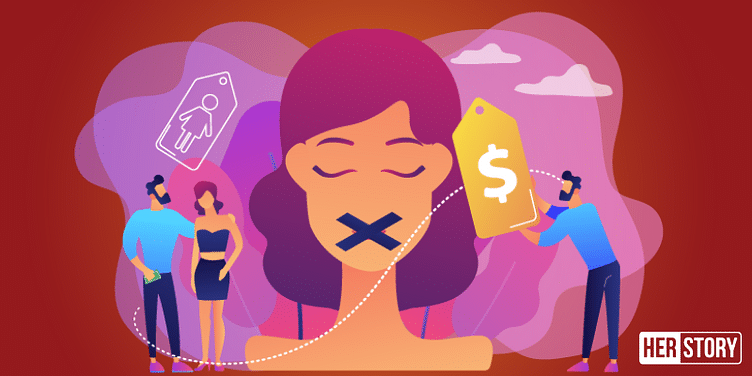 The Indian Leadership Forum Against Trafficking (ILFAT) was formed to end all forms of human trafficking in the country. Four women survivors tell us their stories and their work with the platform.

The National Crime Records Bureau (NCRB) that tracks human trafficking in the country only has data until 2016. The numbers are really not helpful if one wants to study the increase in the number of cases in the past three years.

The ground reality, experts say, may be far from what numbers are telling us because most crimes go unreported.

To put into effect a comprehensive and stringent law to fight trafficking of persons, especially women and children, the Lok Sabha passed The Trafficking of Persons (Prevention, Protection and Rehabilitation) Bill in 2018.

While there is no let down in the number of cases of human trafficking for which unfortunately, we do not have numbers, efforts are being made to tackle the problem at the grassroots level.

In July this year, a group of survivors of human trafficking from West Bengal and Andhra Pradesh initiated a national forum to reach survivors in other parts of India - Bihar, Chhattisgarh, Odisha, Jharkhand, Uttar Pradesh, and Tamil Nadu - to form the Indian Leadership Forum Against Trafficking (ILFAT).

Currently, 11 survivor collectives across eight states are the members of ILFAT, which means more than 2,500 survivors of human trafficking are part of ILFAT. The forum acts as a catalyst and convener for sharing expertise, insights, and evidence relevant to human trafficking in India, which are indicating systemic failure to combat these organised crimes.

ILFAT engage hopes to engage in policy and law consultation processes as well as with media to share their findings and experiences in the system in order to strengthen it.

We present to you four survivor ILFAT leaders who have survived inhumane human trafficking crimes, whose mission now is to put an end to this scourge in our country.

Rehmat studied in class IX in a small village of North 24 Parganas in West Bengal when she was tricked by a neighbour’s relative and sold off in Bihar. In the 10 months she was trapped there, she faced immense physical and mental torture.

When she returned to her village, no one, including the police, supported her. Her family stood by her, but Rehmat herself seldom spoke to them preferring to shut herself indoors.

She reached out to a few NGOs, but even when they came to her home, she wouldn’t speak. It took Rehmat almost two years to trust anyone and gather the courage to step out of her house. Gradually, she began attending trainings and sessions, which is when she got associated with a group called Utthan.

She started fighting for herself and the rights of other survivors. Today she regularly conducts awareness programmes for abolishing of trafficking. Over the years, she has fought in favour of the Trafficking of Persons (Prevention, Protection and Rehabilitation) Bill, worked for the Public Interest Litigation on the matter, and engaged with various MPs and MLAs and the media at national and state levels on the issue.

“My aspiration is to take ILFAT to the international level and work for the upliftment of other survivors,” she says.

Sunitha, a 25-year-old from Erode, is the secretary of District Women Federation, and guides women to contribute to the society’s development. Her ultimate goal is to stop the exploitation of industrial workers in the textile industry.

On joining the mill, she was forced to do backbreaking work for more than 12 hours a day with a small lunch break. Frequent night shifts and no holidays even on festivals meant her dream to study along with her job remained just that, a dream. Low wages, lack of proper protective gears at the workplace, unhygienic hostel rooms, bathrooms, and toilets meant Janaki fell ill frequently. She wasn’t even allowed to rest during her menstrual cycle. Screaming foul mouthed wardens made a bad situation worse for Janaki.

But the biggest blow was that she had no freedom to move about and worse still, she wasn’t even allowed to contact her family by phone. When she couldn’t just take it anymore and wanted to quit her job, the management didn’t permit her to do that as well.

It was after her parents approached READ, an NGO, for help, that the team there rescued her from the textile industry. Since then, READ helped her with various trainings to empower her till she took over as the secretary of District Women Federation.

Janaki has joined the ILFAT to raise at the national level forum the issues and inhuman conditions the workers of textile industry face. She knows there are many helpless Sunithas out there to be rescued and rehabilitated from the grips of exploitative managements.

Rani hails from Singa Village of Palcot Block, Gumla District, 140 km away from Ranchi, the capital of Jharkhand.

Nineteen-year-old Rani is a member of the Bihan Samuh, a survivors collective mentored by Srijan Foundation, a non-profit organisation.

She was working in a textile factory in Bengaluru when she was trafficked to Delhi along with her friend. There, they were sold off for Rs 20,000 and forced to work as domestic helps. In fact, the female trafficking agent who sold them also belonged to Palcot block, Rani’s home district.

Rani was finally brought back by the intervention of Anti Human Trafficking Unit (AHTU), Gumla. She then became a member of Bihan Samuh. Now she has also become a member of the national level survivors forum ILFAT.

“I do not want any other girl to feel what I felt - to remain confined in a closed room. And that’s the reason I have taken up the cudgels to fight for freedom – of mine and others,” she says.

Thirty-five-year-old Fathima is a micro-entrepreneur, who sells pickles at her small store. She is the Andhra Pradesh state convener of Vimukthi, an NGO training and helping survivors of trafficking.

Fathima’s parents belonged to the dancers’ community before her family was forced to take a debt of one-and-half lakh rupees after her father suffered a heart-attack. Their failure to repay the borrowed money led the manager of the dance troupe, who had doubled up as the money lender, to force Fathima into dancing. He compelled Fathima into vicious activities, much more than just dance.

To escape the exploitation, Fathima tried to start her life afresh by getting married to a man in Nellore. But he suffered an addiction of cricket betting and gambling. When he couldn’t pay his debts, he brought his friends home and forced Fathima to ‘entertain’ them. Fathima put up with him for three years, before deciding to leave and return home. A year later, after her father, the sole bread-winner of the family died, Fathima had no choice but to return to dancing to earn her living.

In 2007, Vimukthi started working in Fathima’s community supported by HELP. This became her route to freedom. She decided to start her journey with Vimukthi fighting against all that she had faced and fighting for the rights of survivors of sex trafficking. Her goal was to empower women in prostitution and help them find a way just as she had.

“As a member of ILFAT, I wish to engage with the government to find ways to rehabilitate and empower the survivors of sex trafficking and women in prostitution, help them receive victim compensation and nudge the criminal justice system to punish the traffickers,” vows Fathima, feeling everyone deserves a life of dignity.

How Unicef is helping girls like Janka, Saika, and Manisha speak up for their rights in rural Maharashtra

Top 6 international organisations that are fighting for human rights