Will investor interest in startups working on climate change peak in 2020? 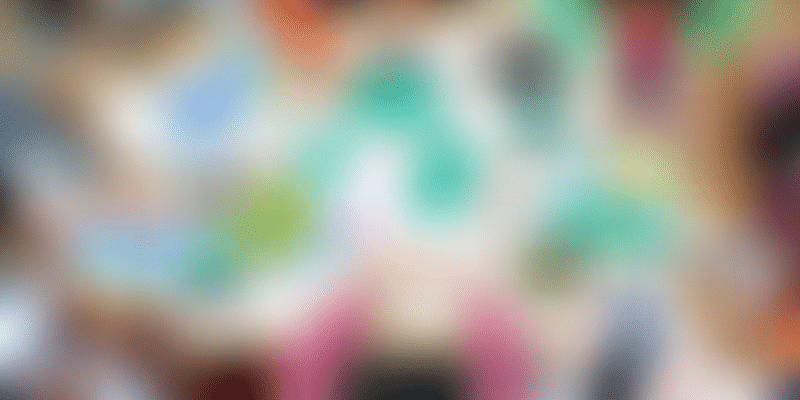 Global focus on climate change and its impact has never been stronger. Startups have been working to find innovative solutions to sustainable solutions, but are investors following suit?

In February, Jeff Bezos, Founder and CEO, Amazon, who is also currently the world’s richest man, announced that he was committing $10 billion for a new fund - Bezos Earth Fund - to focus and help combat climate change. While the exact details of the fund aren’t disclosed, his Instagram post read:

“Climate change is the biggest threat to our planet. I want to work alongside others both to amplify known ways and to explore new ways of fighting the devastating impact of climate change on this planet we all share. This global initiative will fund scientists, activists, NGOs — any effort that offers a real possibility to help preserve and protect the natural world. We can save Earth. It’s going to take collective action from big companies, small companies, nation states, global organisations, and individuals.”

However, Bezos has faced criticism on the impact Amazon cloud services has on the climate because of the solutions they provide to the oil and gas industry.

The impact is seen closer home. India is one of the most-affected countries when it comes to the phenomenon of global warming and climate change, considering it has a large population to feed and thereby an extensive agricultural setup. Erratic rains and fluctuating temperatures have been at the helm and is taking a toll on both agricultural productivity and farm revenues.

While there are several agritech startups like DeHaat, AgriBolo, CropIn, Satsure, EM3, and several others that are providing solutions to help farm yields, the question arises whether investors are looking closely at startups that are part of the climate change conversation. It seems they have just got the ball rolling.

“Climate change and its adverse impact is being recognised globally. At Orios, we see an opportunity in the usage of cleaner technologies that helps us eat, commute, cool or warm our surroundings, and entertain or take care of our health in a more responsible and sustainable way while not taking up the cost too much so that there is widespread and early adoption,” says Anup Jain, Managing Partner at Orios Venture Partners.

In 2018, 28 startups in agritech and cleantech space were funded with $572.91 million. While the quantum of investments in 2018 was higher, in 2019 the number of deals significantly increased.

“I think climate change by itself is a macro global problem that no one actor can solve by itself. The specific domain areas that are engendered by the climate change agenda such as EVs, and solving urban pollution problems do lend themselves to investment possibilities and we have looked and are looking at those.”

In these two years, a total of 74 startups were funded, amounting to $1 billion in the space. And with each passing year, investors seem to be keen to fund startups in the space.

Until late 2018, startups in the cleantech, agritech, and energy space were the focus of impact funds or boutique firms, primarily due to the nature of their businesses. However, they are now starting to become more mainstream.

The year 2019 saw Tiger Global investing in Ninjacart, and others like DeHaat raise funding. And 2020 is likely to bring the spotlight on agritech and impact-driven startups.

“Climate change is central to Omnivore’s agritech thesis. We believe there is a huge opportunity for startups that will help improve the climate resilience of Indian farmers. For example, with their focus on protected (greenhouse) cultivation, Clover is building fresh produce B2B and B2C brands that can rapidly grow in a world of rising temperatures and erratic weather. Similarly, DeHaat is helping smallholder farmers across eastern India to improve their profitability and sustainability, despite the challenges of climate change. We expect to do an increasing number of climate-centric deals in the coming years.”

Apart from these,companies like Shell are also looking closely at energy tech startups. In 2018, it made a $20 million Series C investment in cleantech startup Husk Power Systems. Nexus Venture Partners participated in an investment of $2 million in the Delhi-based agritech startup Intellolabs.

Are the models sustainable?

While this is a start, there needs to be more investment in the space. According to a report by Qrius, with the current resources and size of its population, India needs to invest nearly $1 trillion to address climate change goals.

“I think it’s a global trend…maybe more so in Southeast Asia, India, and the Middle East. Founders are looking to solve quality-of-life issues and socio-economic disparities."

There also needs to be growing awareness towards global warming and climate change. An Intergovernmental Panel on Climate Change report in 2018 said that the global warming trends, if not reversed, can have severe implications to countries like India and Pakistan.

Startups working on the problem is one step. A burgeoning and growing population of over 1.3 billion people currently lack awareness. While NGOs and other not-for-profit organisations are working to build awareness, the impact hasn't reached the grassroots.

“If startups are finding unique and innovative solutions to the problem, they need to be backed. But, then, like for funding any startup, the idea needs to be towards sustainable models as well,” says Sanjay.