Ready to make ventilators for those suffering acutely from Coronavirus: Elon Musk 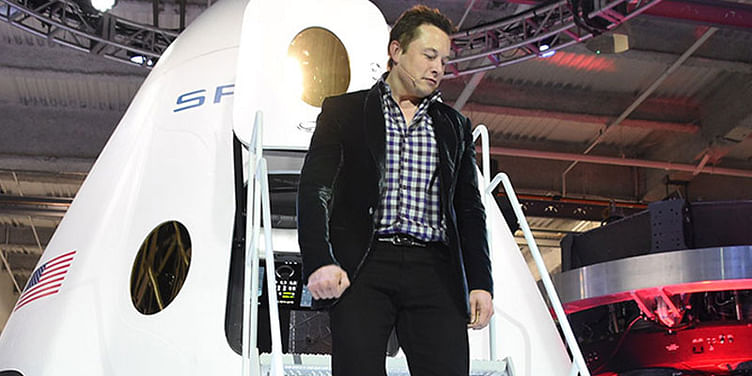 SpaceX and Tesla CEO Elon Musk offered to produce ventilators in case of shortage amid coronavirus outbreak. While the US has close to 172,000 ventilators, India has less than 15,000 ventilators.

Elon Musk, the founder of SpaceX, Tesla and The Boring Company among other ventures, recently announced on Twitter that he would produce ventilators in case of a shortage amid the coronavirus outbreak. This comes after Italy's hospitals became overrun with critically ill coronavirus patients, leading to doctors choosing who gets to use them.

While many cities in the US have placed a strict curfew, Musk is also aware that there might potentially be a shortage of ventilators for those suffering acutely from coronavirus.

So he took Twitter, saying, "We will make ventilators if there is a shortage."

As soon as he made the statement, the entire Twitter community requested him to make them available as soon as possible before the death toll starts to rise.

The conversation began when Musk was tweeting about the virus and it's impact.

"Danger of panic far exceeds danger of Corona. If we over allocate medical resources to Corona, it will come at an expense of treating other illnesses," Musk said.

To this statement, a follower tweeted,

"Please respurpose your factory to make ventilators. I am a Tesla owner and love the company. You have to stop being an idiot about this. This is a massive disaster."

That's when Musk told him that he will make the ‘ventilators’, though he did not provide any details about how or when he would repurpose his factory to that effect.

Though SpaceX does design life support systems for its spacecraft, it's Tesla which can produce ventilators at mass scale owing to its large factory capacity.

Hospitals across the US have around 160,000 ventilators, and there are an additional 12,700 put in reserve in the National Strategic Stockpile, in case of emergencies. On the other hand, according to Medical Buyer, India has only about 7100 ventilators as of 2016.