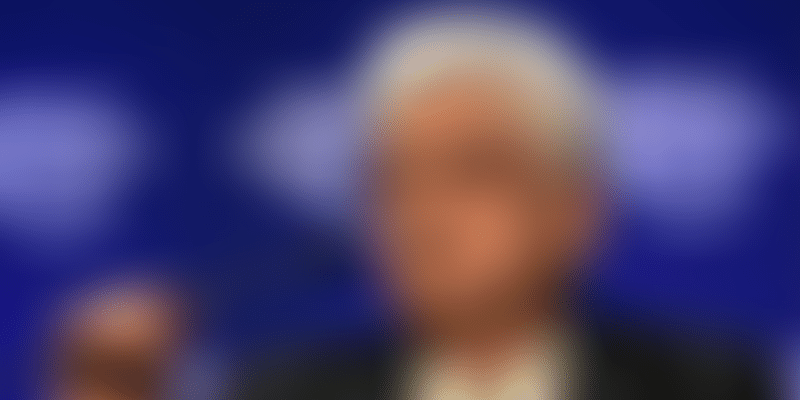 Despite having a vast personal wealth, Azim Premji continues to be recognised for his modesty, lack of extravagance, and his philanthropic work.

One of the stalwarts of the Indian IT industry, Azim H Premji is an Indian business tycoon, investor, engineer and philanthropist. He is known for diversifying Wipro from a vegetable oil manufacturer to a software giant with an $8.47 billion revenue.

One of the longtime leaders of the Indian software industry, he was listed among the 20 most powerful men in the world by Asiaweek in 2010. He has twice been named among the 100 most influential people by TIME Magazine in 2004 and 2011.

He took over the company, which was earlier known as Western Indian Vegetable Products, at the age of 21 after his father’s death. The conglomerate manufactured hydrogenated oil, but under Premji it diversified to producing bakery fats, ethnic ingredient based toiletries, hair care soaps, baby toiletries, lighting products, and hydraulic cylinders.

As a young entrepreneur, Premji recognised the importance of the emerging IT field in the 1980s and entered the company into the technology and computing sector. He changed the company’s name to Wipro, which started manufacturing minicomputers as well as other computer business systems.

In 2001, he founded Azim Premji Foundation, a non-profit organisation focused on education in India. In December 2010, he pledged to donate $2 billion, one of the largest donations of its kind in India, to improve the country’s school education system. In March 2019, Premji pledged an additional 34 percent of Wipro’s stock held by him to the foundation.

He became the first Indian to sign up for The Giving Pledge, a campaign led by Warren Buffett and Bill Gates, to encourage the wealthiest people of the world in making a commitment to give most of their wealth to philanthropic causes.

After having led Wipro for 53 years, Azim Premji retired as executive chairman on July 30, 2019. However, he has affirmed to continue serving on the board as a non-executive director and its founder-chairman.

Here are a few motivational and thought-provoking quotes by Azim Premji:

"People are the key to success or extraordinary success."

"Success is achieved twice. Once in the mind and the second time in the real world."

"Leadership is the self-confidence of working with people smarter than you."

"You cannot get into business for the fashion of it."

"If people are not laughing at your goals, your goals are too small."

"I strongly believe that those of us, who are privileged to have wealth, should contribute significantly to try and create a better world for the millions who are far less privileged."

"I think that any wealth creates a sense of trusteeship... it is characteristic of the new generation which has created wealth to have some amount of responsibility for it."

"There are millions of children today who don't attend school. However, education is the only way to get ahead in this country."

"A girl child who is even a little bit educated is more conscious of family planning, health care and, in turn, her children's own education."

“One of the pre-requisites for children becoming proactive and responsible citizens is the availability of enough role models inside and outside the school.”

“People have to take control of their own lives. Education is key because it also raises other social indicators like healthcare.”

“I think the advantage of democracy is that it makes us less dependent on a group of leaders.”

“As you get bigger, you have to learn to delegate. It's also an excellent way to get staff involved in the company's operations.”

“The three ordinary things that we often don't pay enough attention to, but which I believe are the drivers of all success, are hard work, perseverance, and basic honesty.”

“When the rate of change outside is more than what is inside, be sure that the end is near.”

“You cannot mandate philanthropy. It has to come from within, and when it does, it is deeply satisfying.”

“The responsibility of philanthropy rests with us. The wealthier we are, the more powerful we get. We cannot put the entire onus on the government.”

“Excellence is a great starting point for any new organisation but also an unending journey.”