This ecommerce startup finds its feet in the outsized apparel, footwear space for men 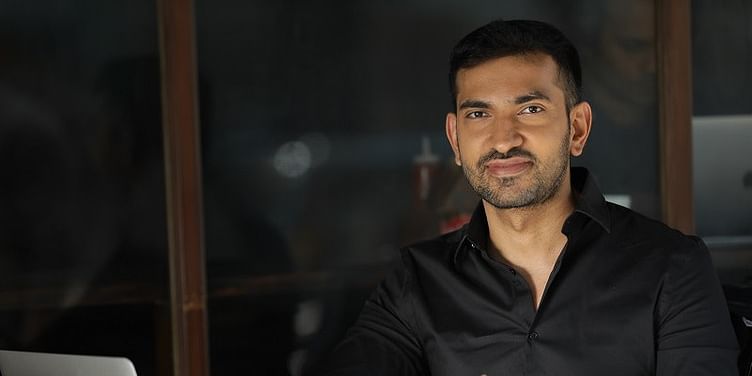 Ecommerce marketplace Jupiter Shop partners with brands and exporters to source apparel and footwear made exclusively for the western markets. The Mumbai startup’s customer repeat rate is 95 percent.

Many a startup idea blooms from an entrepreneur’s personal struggle. Dhruv Chadha’s ﻿Jupiter Shop﻿ is no different.

The 35-year-old remembers being the odd one out in school because of his size-12 feet. This “anomaly” led to a huge blow when he was 15: an ace football player, Dhruv could not play the finals.

“I did not have the right footwear to play the game,” he recalls.

With not many options being available in India, Dhruv had to wait for his relatives living abroad to bring him shoes from the West.

“Outsized people face these shortcomings on a regular basis. There are millions who are above the XL (extra-large) size and struggle to find the right size apparel or footwear. Retailers do not stock these sizes since they do not have a large footfall density,” he adds.

“Jupiter being the largest planet is symbolic to our purpose,” Dhruv quips. The startup has been bootstrapped since its inception in 2013, with Dhruv having invested Rs 60 lakh so far.

A management student from Mumbai’s Mithibai Motiram Kundnani College, Dhruv started Jupiter Shop as an online store in 2013. To start with, it partnered with Nike to import apparel and shoes in large sizes.

“Within the first two weeks, we ran out of stock,” he says.

Having tested the idea, Dhruv went on to partner with around 20 brands, including Asics, New Balance, and Crocs, among others. In fact, it also sources extra-large inventory from exporters in India that make clothes for the American and European markets.

At that time, Jupiter Shop only had a backend warehouse to manage the stock for the ecommerce marketplace. “People often visited the warehouse to try out the clothes. It is then that I realised that a brick-and-mortar store was necessary,” Dhruv says.

In 2017, he opened Jupiter Shop’s first offline store in Mumbai.

StartupBharat: This techie returned to Odisha to work with rural artisans. Now they're selling worldwide

Targeting mostly six-footers and large men, Jupiter Shop makes apparel from sizes XL to 9XL available, and shoes from sizes 11 to 15. According to the founder, the prices range anywhere between Rs 750 and Rs 20,000.

The ecommerce startup has a customer base of more than 9,000 customers across the country, primarily from the metros. Its revenue model is that of an omni-channel retailer, and the startup has been recording a 30 percent year-on-year growth organically. Its customer retention rate is above 95 percent, Dhruv notes, adding that the annual revenue stands at Rs 1 crore currently.

Currently, Jupiter Shop only has three team members. Besides himself, Dhruv has hired one person to look after the ecommerce business, and another as a merchandiser.

According to the Founder, nine percent of the population falls under the ‘oversized’ category. “Over 60 million people in India struggle to find their sizes because regular retailers don’t stock them,” he says. In fact, media reports suggest that ‘plus size’ consumers constitute about 67 percent of the population, whose apparel needs generate around $21 billion in annual sales.

The ALL brand by Future Group, which is a plus-size clothing store, is a significant player in this category. Besides this, Bigbanana is another brand offering apparel for large-sized men. However, Dhruv says Jupiter Shop's USP lies in the fact that it is “multi-branded, and offers large-sized shoes and tall apparel, besides the plus-size clothing.”

Going forward, Dhruv is looking to have a national-level presence, starting with metro cities including Delhi and Bengaluru. However, he does not plan to raise funds yet.