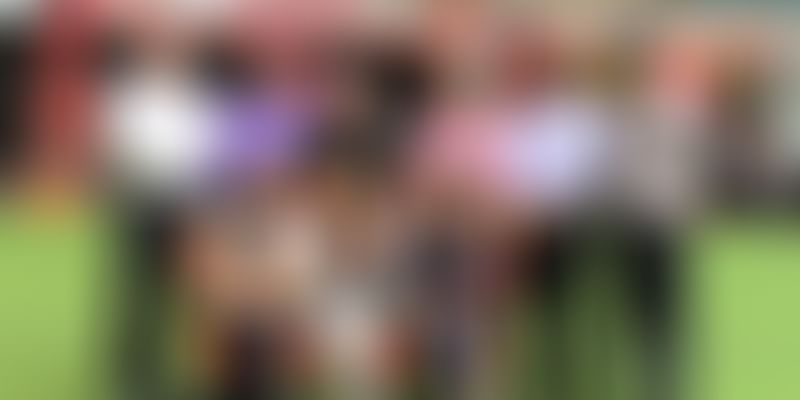 HRtech startup SCIKEY’s patented MindMatch algorithm can 'read human minds' and help people make career choices that are the right fit for them. The team has also been invited to the United Nations to present its flagship product.

Every year, billions of dollars are lost due to the low productivity of unhappy employees. According to an international survey done by Ipsos, 85 percent of employees are unhappy at the workplace. And unhappy employees result in workplace unrest, stress, and societal issues, even among the younger generations.

“Mismatch of jobs with personalities, within teams, with hiring managers, and with the organisation culture or DNA is one of the biggest causes of this problem,” says Karunjit Kumar Dhir, Co-founder of SCIKEY.

Founded in 2017, SCIKEY is an HRtech startup that enables organisations to find quality talent in a fast and cost-effective way. With its headquarters in Pune, SCIKEY operates in three markets – India, Finland and Malaysia.

Its patented MindMatch algorithm can "read human minds" and help people make the right career choices. The team has also been invited to the United Nations twice to present the product -- MindMatch algorithm, which is now used to find the talent.

SCIKEY is incubated and accelerated by SRKAY Consulting Group, the private-equity arm backed by the parent office, SRK Exports. It has committed $3 million investment in SCIKEY.

Here’s how Workruit, the Tinder for jobs, is working to make hiring hassle-free

Karunjit Kumar Dhir is a graduate from the Indian Institute of Planning and Management. He was previously the Country Head, Malaysia, at Nityo Infotech, an IT services company. Post that, he was invited to join the founding team of SCIKEY in 2018. At SCIKEY, Karunjit leads the global business and defines the business strategy. He works out of the Malaysia office.

Shriram Viswanathan is the Co-founder and Chief Product Innovator at SCIKEY. He has over three decades of experience, and has previously worked with Wipro, Mphasis Software, and Tata Infotech. He is based in India.

Co-founder Akshay Sharma spearheaded the establishment of SCIKEY in Finland. He is an alumnus of IIT Roorkee and also serves on the Board of Suomi Intia Seura, a Finland-based organisation involved in facilitating Indo-Finnish cooperation. He also previously co-founded startups, including WishKriti, Wrappo, and Serena Way.

SCIKEY is focused on delivering transformative results in the human capital space.

“As the name suggests, SCIKEY is derived from the words ‘Scientific Keys’, using data and people science, embedded into its SaaS platform, to deliver solutions to mutate the entire lifecycle management,” Karunjit says.

SCIKEY MindMatch, an artificial intelligence (AI) powered intelligence automation algorithm, helps enterprises focus on leveraging its people mindset, or psyche, as its prime competitive advantage. The patented algorithm takes input from an online gamified psychometric assessment and provides insights about the mindset of an individual on five key professional behavioural parameters and 25 sub-parameters.

MindMatch can also match an individual’s compatibility to the behavioural needs of the job, team compatibility, and organisational alignment. According to the founders, SCIKEY MindMatch has been validated and tested on thousands of individuals all over the world.

Once a client signs up, s/he is supported and guided by SCIKEY Client Servicing team – starting from on-boarding to hands-on training on the platform, and providing regular support as and when required.

SCIKEY currently operates an end-to-end recruitment automation suite in a SaaS model, with a flavour of an online managed marketplace for talent, powered by the AI and crowd ecosystem. It charges a licensing fee for its talent hiring, alignment, and engagement offerings, and a transaction fee for its global contracting marketplace.

“Our original idea was that of creating happier workplaces. It later evolved into a talent marketplace with happy workplaces embedded into the idea of hiring or contracting global scale, using a single unified online platform,” Karunjit says.

According to Karunjit, SCIKEY’s revenue has been growing at more than 50 percent for the last couple of quarters, and it is on track to close the current financial year with Rs 3.5 crore in revenue. “It is projected to achieve a global revenue of Rs 18 to Rs 20 crore in FY21,” he adds.

Currently, SCIKEY boasts of having listed more than 1.5 million jobseekrs, 3,000 plus active jobs or project assignments, and over 2,000 virtual recruiters on the platform, across India, Malaysia and Finland.

The current jobs tech market offers a mixed bag of solutions. On one end, it has job boards, including Naukri, Monster, ATS-like Taleo, SuccessFactors, Workday, and Bullhorn, and biggies like LinkedIn. HRtech startups like Darwinbox and Workruit are also operating in the market.

According to a report published by Grand View Research in February 2020, the human resource management market is anticipated to reach $38.17 billion by 2027, registering a CAGR of 11.7 percent from 2020 to 2027.

It further stated that technological proliferation in the field of big data analytics, machine learning (ML), AI, and Internet of Things (IoT) is expected to positively impact the growth of the human resource management market.

According to Karunjit, what sets SCIKEY apart from the rest of the players is that it provides an “end-to-end online solution powered by AI, SCIKEY MindMatch algorithm, and crowdsourcing to make the talent hiring, alignment, and engagement experience a delight for employers and employees.”

SCIKEY has launched its Talent Alignment and Talent Engagement Platform, which is now being piloted in India, and Malaysia.

“Our immediate goal is to turn the business profitable by staying focused on our unit economics. Once profitable over the next few months, we would like to go on an aggressive expansion spree in India, Europe, and Southeast Asia, and eventually the US,” Karunjit says.

SCIKEY might also look for a strategic investor to raise its next round of funding.