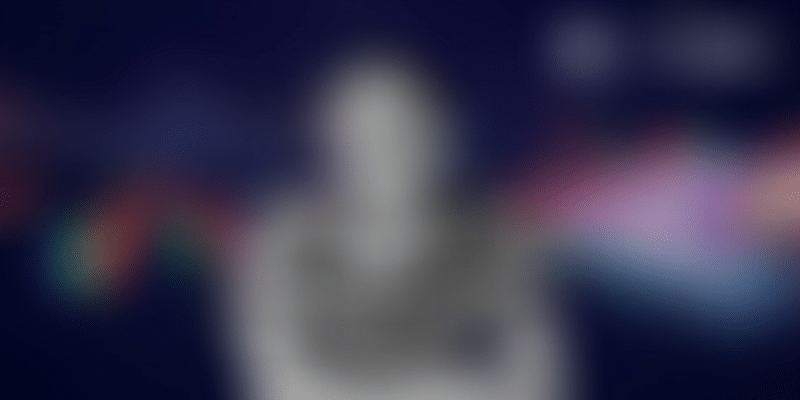 In this week’s Techie Tuesday, we feature Gunjan Patidar, Chief Technology Officer, Zomato. The IIT-Delhi graduate started as an intern, and went on to build the foodtech unicorn’s core tech systems and scale delivery operations.

Gunjan Patidar’s story could inspire every tech engineer’s dream. In 2008, the IIT-Delhi graduate started interning with Zomato over the weekends after a chance meeting with CEO Deepinder Goyal; today, he’s the CTO of the Gurugram-based foodtech unicorn.

Zomato has come a long way from being a “listings and food reviews platform”, and Gunjan, who now helms the tech side, is involved with larger strategic decisions.

But he hasn’t given up coding.

“It isn’t about how many hours you code in a day. It is about what you code. For me, coding every day is important. I don’t work on a feature but on the future, which may happen tomorrow, in a year or two. I need to be able to feel and understand, and I can do that only by getting into the thick of things,” Gunjan says.

The first tryst with IIT

Hailing from a small town, Khargone in Madhya Pradesh, Gunjan was introduced to the IITs in 2001, when he was a Class 10 student. His elder sister had gone to Indore for her engineering entrance.

“We had no concept or knowledge of IIT. After we went to Indore, my parents realised that they needed to get me IIT coaching,” Gunjan says.

Alongside, he joined Choitram School in Indore, which was a big change – from a state board syllabus to the CBSE syllabus. For the first time, Gunjan also stayed away from his parents; his father was in the MP forest department while his mother was a higher secondary school teacher.

Gunjan recalls that he was always innately curious. “I have always liked opening things like radios and tape recorders and checking how they worked; or trying to fix broken things,” he says.

With computers, he realised you could easily tinker and build things and see how it works. He also got involved in robotics.

“A friend of mine had built a small robot that did simple things. We formed a small group that built and coded robots. We read up electronics magazines; it felt like we were building something cool,” Gunjan says.

Learning all the time

Unwilling to give up on computers, he began taking courses from other departments in the Open Category. “I took those [Computer Science] ones, as grades didn’t matter. It was about what I could learn,” Gunjan says.

Not being able to get into the computer science course pushed Gunjan to work harder. He kept learning things online, and built things for free. In those days, web technology was new, and he built websites for his department and the college tech fest.

“I also worked on a few startups of IIT-Delhi seniors. None of these took off, but they were learning experiences. It was clear that I would build things,” Gunjan says.

His drive to do new things led to the Zomato stint.

From judge to employer

Gunjan handled the tech and websites for an entrepreneurship development cell run by IIT-Delhi student bodies. It was during this time, around 2007, that they did a business plan competition where Bain & Co (where Deepinder was then working) was a sponsor.

“Deepinder was there as a judge. I didn’t meet him, but he was working on Zomato (then Foodie Bay). He had spoken to a few people and got my reference as a techie,” Gunjan says.

At that point, Deepinder was looking at an intern. And Gunjan, then in his third year, started his Zomato journey.

“Deepinder would pick me up from college on Friday evenings, and I would spend the weekend at his home and code. I would be at college for the rest of the week. By then, Zomato, which started in Gurugram, had expanded to Delhi-NCR,” Gunjan recollects.

[Techie Tuesday] From working for free at HCL to writing code that caught Google’s eye, and then building AI in healthcare: HealthifyMe’s Sachin Shenoy’s journey

The ‘worst’ year to graduate

“It was the worst time to graduate. A few months before campus placements, Lehman Brothers crashed and companies backed out,” he says. But in 2009, Gunjan got placed at Cvent a US-based event management company. He worked at the company on weekdays and contributed to Zomato over the weekends.

In 2010, Deepinder and his Co-founder, Pankaj Chaddah, decided to focus on Zomato full time, which led Deepinder to check if Gunjan wanted to join the foodtech startup.

“It was a no-brainer. It was the start of my career, but I had already put in a lot of effort into Zomato. I didn’t care if it worked or not. I had no idea of startups, funding, investments etc. The meeting with Deepinder lasted 10 minutes,” Gunjan says.

A new challenge every day

Today, Zomato is a unicorn and Gunjan is the CTO.

“Even today, it is as challenging as it was on day zero. We do new things every day. We started with search and discovery, reviews, and ratings. I had no idea how to build them. I would read, talk to people, figure things out, and then build.”

By 2011, Zomato became the go-to place for restaurant search and discovery.  Small errors and mistakes cropped up, but the team kept tweaking and releasing things.

“Putting things out gave us a quick feedback loop. We could go back and fix things. We launched event ticketing in 2011. It was great; it was the first time we sold something other than ads. It gave us confidence that we could do something on a larger scale. But it didn’t pan out, and we shelved it.”

From web to the app

From 2008 to 2012, the world was web-driven and the SEO strategy was different. There was a high reliability on Google, and a lot of traffic was pushed through the search engine. After 2012, the world started going mobile and the focus on apps grew. Smartphones came in, and it became clear that mobile phones would be where people consumed content.

“We were one of the first companies to build a smartphone app in 2011. Android was just launching, so the first one was for BlackBerry. We built a BlackBerry app and an IoS app. Today, building an app is easy with app developers, but in those days there hardly was any understanding,” Gunjan says.

The first app the team built was for their data collection process. The feet on street would go to restaurants across cities, and collect menus, addresses, and locations. This data was then uploaded.

“We wanted to make the process smoother. The app allowed them to take a picture of menu and upload it immediately on the platform. We wanted to launch in more geographies, but couldn’t do it manually,” he says.

Taking the app to the consumer

The consumer app for browsing and restaurant reviews was soon launched. “Since we were one of the first few apps, we got packaged on BlackBerry devices and a lot of people came in. It was the first non-SEO channel to get people,” Gunjan reminisces.

Around 2012, the Zomato team built the first android and IoS apps. Gunjan had by then started hiring; his first few hires were juniors from college or via references.

Zomato continued to run as a classified business with ads its core revenue model.

In 2015, there was a big shift. The company entered the food delivery space, and became an ecommerce-driven model. The team was 50 to 60-people strong by then, and Gunjan recalls the change as a “big shift in the DNA” and “a steep learning curve”.

The year of A/B tests

The year 2015 was challenging for Zomato.

“Before 2015, if we had to change something on the app or the platform, we would just build and release with minor tests and tweaks. But, with transactions coming into the picture, even a minor tweak could change things,” he says.

Zomato needed capability to capture data, run A/B tests, and segment users. “We had never done any of that. Food ordering really took off, and we would see a growth spike every week. That tested the systems’ strength.”

The shift also meant scaling a read-heavy system to a transaction-heavy system. “It involved building systems on the go,” Gunjan says.

It was also the year when Zomato hit its first big roadblock: the system had a major data breach.

“We got to know through an email that some of our data was available on the dark web. First, we thought of putting out a blogpost to reassure customers. Within 12 hours, we got in touch with the hacker to understand what was the reason and intent of hacking into our systems,” Gunjan says.

However, securing the data was top priority with every person in Zomato working on the problem for the next 36 hours. The scales and systems had to change overnight, he says.

“There are unseen challenges like this and then there are known ones like how do you scale your systems, teams, and change the way you work. You need to bring in changes, a lot of discipline.”

He says that almost every code written in 2011 was rewritten. Zomato, which started as a monolithic application, was broken down into multiple applications communicating over the network.

Today, the foodtech unicorn has moved to service mesh architecture, where each service talks to another service and there is asynchronous communication through data pipelines.

“We have built a huge data pipeline to crunch a lot of the data that we generate and make sense of it,” Gunjan says.

The mindset is important

Gunjan feels that it is important to balance work and rest, and to put in your best effort.

Now, when he hires techies, he looks at one thing: the mindset. Skills are secondary and can be easily learnt or honed.

“Do you have the ability to learn or understand? Do you have the ability to keep an open mind, experiment, and be willing to fail? I want to know what drives people. What do they want to do? How do they spend their free time? How much do they think of things through different angles? We have a hiring week where we invite people to come and work on actual projects so we mutually understand each other,” Gunjan says.

He ends with helpful advice: “The most important thing for any techie is to be in touch with the times and understand what is happening around you. Find time to understand the business, product, what users want, and how they are impacted.”