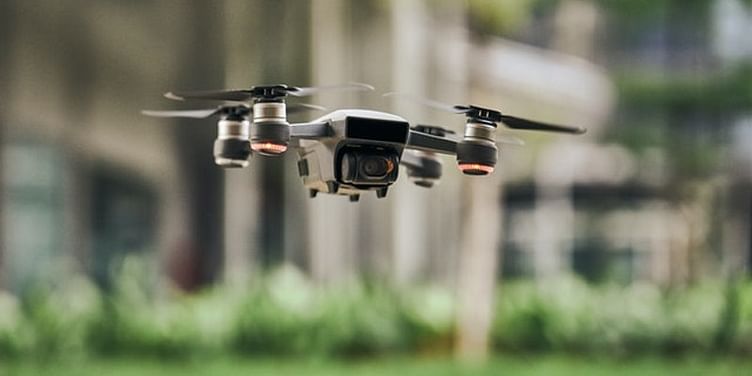 In a bid to ensure the strict implementation of the lockdown in Ahmedabad, police are taking the help of drones to track down people who violate norms, a senior police officer said on Saturday.

In a bid to ensure strict implementation of the lockdown in Ahmedabad, police are taking the help of drones to track down people who violate norms, a senior police officer said on Saturday.

Drones are also coming handy for the police in alerting citizens about the importance of compliance to the ongoing three-week lockdown.

At least eight drones have been pressed into service, which have so far helped police in tracking down and arresting 48 people for violating various notifications issued by the state government, Ahmedabad police commissioner Ashish Bhatia said, adding that 13 FIRs have been registered.

Bhatia said that at least four drones are sending visuals of areas captured by them directly to the Command and Control Centre, which alert police on the possible violation of norms.

Drones are also being used to make announcements regarding rules to be followed by citizens during the ongoing curbs.

This is done on an experimental basis, he said, adding that Google Maps are also being used to track movement of traffic, if any, on roads.

"We are using eight drones to ensure that lockdown is followed by people. We have so far lodged thirteen FIRs and arrested 48 persons using the feed provided by drones," Bhatia told reporters.

He said drones alert the police regarding gathering of people at any particular place.

"We are also using the feed provided by Google Maps at our command and control centre to track movement of traffic, which alert local police in case of a high traffic density on a particular road," he said.

He said Ahmedabad Police have so far registered 1035 FIRs and arrested 3091 persons for violating the section 144 of the CrPC as well as provisions of the Epidemic Diseases Act and Disaster Management Act.