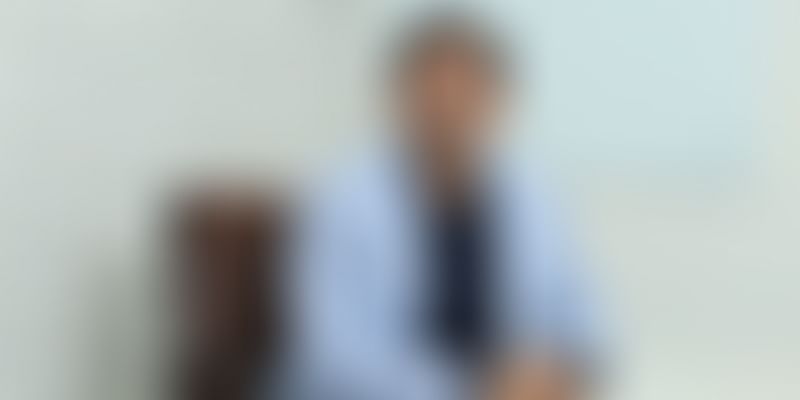 Since 2017, Noida-based Buddy4Study has been growing over 100 percent year-on-year. The edtech platform increased its number of users from two lakh in 2017, to 2.5 million registered users now.

Education is considered a high priority for any country aiming to lead at the global stage. However, India suffers from having relatively low-quality education due to general lack of access, a paucity of public schools, and high cost of private secondary education. This leads to many students dropping out when faced with pursuing higher education. According to a report by data.gov.in, an open government data (OGD) platform in India, the Gross Enrolment Ratio (GER) at secondary (Classes IX and X) levels were at 62.7 percent between 2013-14 and 2015-16. The GER dipped at the senior secondary (Classes XI and XII) levels to 35.9 percent.

Enter technology-based SaaS startup Buddy4Study which is simplifying the process and making quality education accessible to all. Started its operations in 2017, Buddy4Study, like its name suggests, helps students find matching scholarships, apply on a single platform, track applications, and finally, receive scholarships for higher education. On the B2B front, it helps scholarship providers reach their target audience.

The startup has been cofounded by Manjeet Singh, Ashutosh Burnwal and Raj Kishore, and is registered in Delhi, with its corporate office in Noida.

Amid the COVID-19 crisis impacting the education of millions of students across India, Buddy4Study has helped more than 5,000 students with scholarships worth Rs 12.5 crore in March 2020. The key scholarships disbursed are under STFC Shriram Meritorious Scholarship Programme, Shriram Capital Scholarship, and LIC-HFL Vidhyadhan Scholarship programme.

Being in the game since 2017, Buddy4Study has been growing over 100 percent year-on-year. The edtech platform increased its number of users from two lakh in 2017, to eight lakh in 2018. Currently, it has 2.5 million registered users.

The B2C users are mostly students between the ages of 13 and 35 years.

“While a major part of this target audience reaches our platform organically, we do indulge in social media marketing, and digital marketing,” says Manjeet.

Its B2B client list has also shot up from 18 in 2018, to 100 clients in 2019, including HP Inc, Loreal, HUL, Vodafone Foundation, DLF Foundation, Marubeni, MSDF, LIC, HFL, and Colgate Palmolive, among others. According to the founders, Buddy4Study has a retention rate of over 87 percent for all its customers. “Most of our B2B customers are acquired from references, LinkedIn campaigns, cold calling and conferences,” Manjeet adds.

In its growth phase, Buddy4Study has faced key challenges in onboarding its corporate partners. Manjeet says, “Over the last two years, we have been able to demonstrate the utility of our platform for their CSR project execution. This has resulted in the retention of our partners. In fact, we have renewed partnerships with more than 80 percent of our partners.”

Like most business establishments, Buddy4Study is facing challenges in collecting its dues from its customers, as many of its clients have gone offline in the coronavirus-led lockdown. Additionally, due to school closures, Buddy4Study is not able to support onboarding of new students from government schools on its platform.

However, the edtech startup is charging ahead and helping the unprivileged during these times of crisis. Buddy4Study has helped more than 5,000 students with scholarships worth Rs 12.5 crore in March 2020.

"The most impacted due to coronavirus lockdown are the migrant workers and daily wagers. To support their livelihood, Buddy4Study has started a fundraising campaign. All the funds raised through this campaign will be given to the parents of EWS students who are registered on Buddy4Study and are applying for support. This will be done online using bank accounts already available with us. Additionally, to support their education, Buddy4Study is launching a free learning app Buddy4Learn which will have content for students to consume," he says.

Co-founder and CEO Manjeet met Ashutosh during his college days in Marine Engineering and Research Institute, Kolkata. Manjeet has over 12 years of experience, and has previously worked with IBM and co-founded Elucit Software and Pinig Tablet Hardware. Ashutosh, on the other hand, was working with British Petroleum, before coming together with Manjeet to start Buddy4Study. Ashutosh is now the Co-founder and Chief Scholarship Officer at Buddy4Study.

The duo then on-boarded Raj Kishore as Co-founder and VP of Technology. Raj is a Computer Science Engineer and has more than 10-years of experience in web technology. They also have Ankur Dhawan as one of the core members. Ankur is the Chief Operating Officer and oversees the strategic expansion plans and day-to-day operations at Buddy4Study. He is a Computer Science Engineer from IIT-BHU and has done his MBA from IIM Bangalore. He has previously worked for BCG, Pine Labs, and PropTiger.

Started as a three-member team, Buddy4Study now has 90 employees.

“We have an on-ground team which undertakes awareness drives, collects online forms from students, and creates their profiles on our platform,” Manjeet says.

On the B2B front, Buddy4Study helps scholarship providers in reaching out to their target audience, in their target geography. Manjeet adds, “Right from scholarship designing, creating easy-to-access-and-use technology for applications, shortlisting, interviewing through cloud telephony, and direct fund transfer, we do it all.”

Buddy4Study on-boards students from the eighth standard and regularly updates their data to identify matching scholarships. The curated student data is then used for hyper personalising clusters for services including education loans, university selections, and career guidance.

For end-to-end scholarship management, Buddy4Study charges a percentage of the project budget as the processing fees from scholarship providers. This is for services including designing scholarships, scholarship application tracking system, promotion, shortlisting of applications, interviewing, and fund disbursement.

“Recently, we launched our study abroad channel wherein we charge processing fees from universities for helping them connect with the right candidates for their programmes. Under the partnership agreement, students are offered scholarships during their admission to partner universities,” Manjeet says.

According to a report by the Organisation for Economic Co-operation and Development (OECD), the number of students across the globe travelling abroad for higher education in 2019 was estimated to be 4.6 million. This number has been growing at an annual CAGR of three percent.

In fact, India is said to be the world’s second-largest source of international students, and one of the fastest growing as well. Data from the Ministry of External Affairs reveals that there were nearly 7,53,000 Indian students abroad, as of July 2018.

Going ahead, Buddy4Study plans to partner with at least 1,000 international universities and get their scholarship benefits for students looking to study abroad. It also plans to expand its service offerings by introducing career counselling.