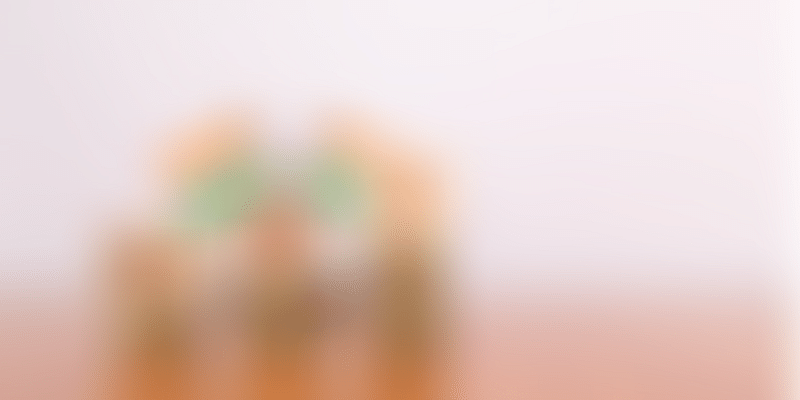 With a subdued forecast due to coronavirus, India is likely to record its worst growth performance since the 1991 liberalisation, the IMF said.

The IMF on Tuesday projected a GDP growth of 1.9 percent for India in 2020, as the global economy hits the worst recession since the Great Depression in the 1930s, due to the raging coronavirus pandemic that has nearly stalled all economic activities across the world.

With this subdued forecast, India is likely to record its worst growth performance since the 1991 liberalisation. But the International Monetary Fund, in its latest edition of the World Economy report, has placed India as the fastest-growing emerging economies of the world.

It is among the only two major countries, which will register a positive growth rate in 2020. The other being China, for which the IMF has projected a growth rate of 1.2 percent.

"We project global growth in 2020 to fall to -3 percent. This is a downgrade of 6.3 percentage points from January 2020, a major revision over a very short period," Indian-American Gita Gopinath, the IMF Chief Economist said, adding that the COVID-19 pandemic will severely impact growth across all regions.

The Great Depression was the worst worldwide economic downturn that lasted for 10 years from 1929, beginning in the US when the New York Stock Exchange on Wall Street crashed and wiped out millions of investors.

Even with a sharp rebound in the remainder of the year and sizable fiscal support, the Chinese economy is projected to grow at a subdued 1.2 percent in 2020.

The IMF said several economies in the region were forecast to grow at modest rates, including India (1.9 percent) and Indonesia (0.5 percent), and others are forecast to experience large contractions (Thailand, 6.7 percent).

The IMF said that other regions are projected to experience severe slowdowns or outright contractions in economic activity, including Latin America (5.2 percent) with Brazil's growth forecast at 5.3 percent and Mexico's at 6.6 percent; emerging and developing Europe (5.2 percent) with Russia's economy projected to contract by 5.5 percent.

The Middle East and Central Asia (2.8 percent) with Saudi Arabia's growth forecast at 2.3 percent, with non-oil GDP contracting by four percent, and most economies, including Iran, expected to contract; and sub-Saharan Africa (1.6 percent) with growth in Nigeria and South Africa expected at 3.4 percent and 5.8 percent respectively.

This is a crisis like no other, and there is substantial uncertainty about its impact on people's lives and livelihoods, Gopinath said.

A lot depends on the epidemiology of the virus, the effectiveness of containment measures, and the development of therapeutics and vaccines, all of which are hard to predict.

In addition, many countries now face multiple crises — a health crisis, a financial crisis, and a collapse in commodity prices — which interact in complex ways, she said.

Assuming the pandemic fades in the second half of 2020, and that policy actions taken around the world are effective in preventing widespread firm bankruptcies, extended job losses, and system-wide financial strains, Gopinath said the IMF projects global growth in 2021 to rebound to 5.8 percent.

India's growth rate in 2021 is projected at 7.4 percent, while that of China at 9.2 percent. The United States has been projected to grow at 4.5 percent and Japan 3 percent, the IMF report said.

This is a truly global crisis as no country is spared, Gopinath said.

Countries reliant on tourism, travel, hospitality, and entertainment for their growth are experiencing particularly large disruptions, she added.

According to the World Economic Report, the rebound in 2021 depends critically on the pandemic fading in the second half of 2020, allowing containment efforts to be gradually scaled back and restoring consumer and investor confidence.

Significant economic policy actions have already been taken across the world, focussed on accommodating public health care requirements, while limiting the amplification to economic activity and the financial system.

India is likely to record its worst growth performance since the 1991 liberalisation this fiscal year as the coronavirus outbreak severely disrupts the economy, the World Bank said on Sunday.