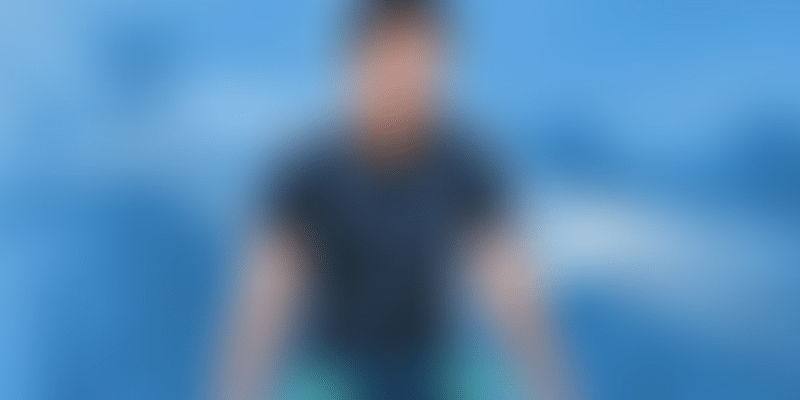 Delhi-based 30-year-old Shakir Ali is an online seller who has been fulfilling orders for pet foods on Flipkart. He says, with the lockdown being imposed, he is not only getting orders from metros, which had been the norm, but interestingly, from rural areas too.

When the nationwide lockdown was announced, people thronged to the neighbourhood kirana stores and the nearest supermarkets, to stock up essentials. However, the initial scare and frenzy soon gave way when most people realised that the supply of most essentials wasn’t as scarce as they assumed it would be. But, with the exception of one worried lot - pet owners and pet parents.

Many pet owners couldn’t stock up on their rations of pet food. Many supermarkets had already run out of stock and didn’t have visibility into when they would be able to replenish. Access to the very few dedicated pet stores in the cities was a challenge due to the travel restrictions. While some of these pet stores were delivering pet foods, it was again limited only to a few cities and again only to a limited area in the cities. The relief for these pet owners came via sellers on e-commerce platforms after it was declared an item under the essentials category.

Delhi-based 30-year-old Shakir Ali is one such online seller who has been fulfilling orders for pet foods on ﻿Flipkart﻿. He says that with the lockdown being imposed, he is not only getting orders from metros, which was the norm, but interestingly from rural areas as well. Shakir adds, “Earlier, we had orders mostly from metros and tier 1 cities. But, today, with Flipkart, we are reaching out to tier 2 and tier 3 cities. And, at times like these, there is a sense of satisfaction, that as a business, you are able to actually meet a basic need.”

And, Shakir believes that this has been possible because of the support from Flipkart.

“As soon as Flipkart enabled sellers like us dealing with essentials to take orders, they also shared a clear list of guidelines that we were required to follow.”

This entails cleaning and sanitising the premises prior to the arrival of the shipment. As soon as the products arrive at the seller’s doorstep from the manufacturer, the shipment is sanitised, stored and untouched for 12 hours.

“Social distancing is maintained during the handling of the shipment. Even during the packaging, all the prerequisite norms including wearing gloves, masks and frequent washing of hands are followed.”

He says, having the necessary documentation in place, has also helped to eliminate any hiccups in the supply chain. “Because the pet food category falls under the purview of essentials, there has been minimal hassles.”

Shakir who also freelances with IT companies, says he has been managing both the freelance work and the online business with help from his younger brother.

“While I am getting orders, the quantum isn’t as huge as it used to be. And, knowing how important social distancing and safety of my employees are, my younger brother and I have been taking care of all the packaging requirements.”

With the lockdown, he says his profit has taken a dip, but the orders are still enough to manage the salaries of his four employees.

Playing a small but significant role

Reflecting on his journey as an online seller who is able to keep his business running amid a crisis, he says, this was not something he had ever foreseen.

“Initially, the decision to foray into pet food was simply because my research showed me that it was a category that didn’t have much competition. Hence, there was a greater probability to succeed. But given the current crisis, I have come to realise how important this category is.”

He adds, “If you look around, you will see that there are neighbourhood shops retailing all the household essentials, but there are hardly any that have pet food. You can imagine how hard it is for pet owners today.” As a business owner, Shakir feels he is playing his part, however small, in helping to manage the COVID-19 crisis.

In addition to retailing pet food online, which is the core business, Shakir has also been fulfilling orders for masks and gloves.

“We had started selling masks and kitchen gloves a year ago. But, the demand was just nominal. It was only during the summers, we would see a spike in demand for masks because of the pollution in and around New Delhi.”

But, with COVID-19 the demand for these products picked up. “While we did find it hard to find manufacturers initially who could cater to the demand, we finally found a manufacturer who had pivoted to making masks. We have worked out a system where we pay in advance and thereby get the masks delivered on time.”

The business has made a revenue of Rs 5-6 lakhs a month, just retailing the masks alone. Shakir says the sale of kitchen gloves is also beginning to see a jump.

Shakir’s entry into the online business was one that was borne out of circumstantial need. Growing up in a daily-wager’s family Fatehpur in Uttar Pradesh, Shakir moved to Kanpur when he was 18. “Taking a loan, I pursued my Masters in Computer Application in the hope of a good job. But, soon, I realised the course wouldn’t be of much help. Academically too, I wasn’t a great student.” Completing his studies, he took up a job in an IT company. Two years later, he decided to become a freelancer. It was during this time, Shakir decided to start an online business to make better use of his spare time and also complement his earnings.

In 2018, he listed B S Enterprises on Flipkart and began retailing pet food. For the first six months, the business grew slowly. But by the end of the first year he was able to touch an annual revenue of Rs 18 Lakhs.

“Flipkart was extremely helpful in aiding this growth, educating us on what products are in demand, how to create product listings, etc.”

He adds, “One of the key learnings was that retailing seasonal products often helped to keep the business moving forward. So I began to retail products such as beanies in winter, which saw a good sale.”

While pet food remained the core category, the months to come saw Shakir cashing-in on the demand for seasonal products. He began retailing products such as handkerchiefs, kitchen gloves, masks, gym bottles and men’s track pants, among others. By the end of his second year as an online seller, his venture witnessed a 661 percent growth with a turnover of Rs 1.37 crore in the year 2019-20.

Shakir has big plans on the cards for B S Enterprises. He wants to open his own manufacturing unit for everyday essential items like kitchen gloves. “There are a lot of everyday utility items which continue to be imported. I believe building an in-house manufacturing unit can further strengthen the supply chain of an online business. There will be better control.”

Having started his journey as an online seller with an initial investment of just Rs 50,000, Shakir believes that online selling is anything but a big opportunity for businesses. “It gives you the freedom to expand your business into new categories even with limited investments. He believes that any small business should adapt itself to sell online, but founders need to invest time and effort to grow the business.

“I believe as an online seller, you need to be patient and consistent. Only, then will you be able to survive and grow.”