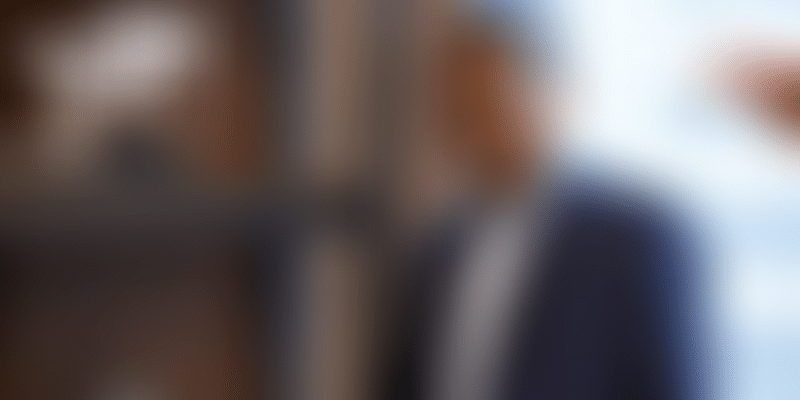 The Turning Point is a series of short articles that focuses on the moment when an entrepreneur hit upon their winning idea. Today, we look at Shopmatic, an international ecommerce startup helping small entrepreneurs sell their products and services online.

As the former Senior Director of ﻿PayPal Ventures﻿, Anurag Avula was enabling payments for the merchant ecosystem. His role involved constantly innovating for effectiveness and building sustainable business across SMB and enterprise segments for the Asia-Pacific markets.

During his stint at PayPal, he met Yen Ti Lim and Kris Chen. Yen Ti Lim was looking after enterprise relationships, sales excellence, and programmes, while Kris Chen was the Head of SMB and Partner Development.

The trio would often get into conversations, discussing trends around emerging markets. This was around June 2014.

“It became evident to us that merchants wanted something more than just a payment gateway - something that supported them on everything contextual. There was no point of having a payment gateway if they could not bring visitors to their stores,” Anurag tells ﻿YourStory Media﻿.

At that time, ecommerce was not a big hit with small players in developing markets like India. “There was Shopify in the US, North America, and other developed markets, but there was no single player able to bring all of it together. We felt there was an opportunity to get into the space and do something for emerging markets,” he says.

From August to October 2014, the trio met merchants in Tier I, II, and III cities and towns of India.

“Our idea was to get the India market right. Other markets would be relatively easier because India is a microcosm of dynamics that cannot be found anywhere else,” Anurag says. They met 300 different merchants from Mysore, Coonoor, Jaipur, Jaisalmer, Jamshedpur, Kanpur, and Lucknow, among others.

Anurag says before starting any business, one needs to own it. Sending a research person to get inputs will never be the same as feeling and understanding the passion and challenges of merchants.

Soon, the trio realised there was a space that merchants and customers were looking at -web stores, social commerce or marketplaces, payments, shipping, and consulting to help them grow their business. They also saw there was a rapid emergence of individual entrepreneurs.

Anurag, Yen, and Kris started formulating the idea. In December 2014, Yen quit PayPal and incorporated ﻿Shopmatic﻿. Anurag joined immediately as the Co-founder in February 2015, along with Kris.

By October 2015, Shopmatic had already done its first pilot in India, and went live in January 2016.

Today, Shopmatic is an international ecommerce startup that is helping small entrepreneurs sell their products and services online.

From helping them develop a unique web store and listing businesses on marketplaces and social media channels, to providing insights on how to sell online, Shopmatic helps entrepreneurs manage the full spectrum of what is required to grow a business.

The platform is available to SMEs and aspiring entrepreneurs for just Rs 50 per year, and has been consistently adding up to 1,200 sellers every day in emerging markets. With Shopmatic Pro and Shopmatic Go product lines, the startup has acquired over one lakh customers across India, Singapore, Hong Kong, China, Malaysia, Philippines, and the UAE at present.

While Shopmatic plans to expand to the rest of Southeast Asia by the end of this year, India continues to be its biggest market. The startup has not undergone any pivotal changes but has been constantly adding different business models and acquiring other companies.

“Our core continues to remain the same,” Anurag says.