Entrepreneurs should put on their leadership hats and be willing to survive coronavirus crisis, says Deepak Gupta of WEH Ventures 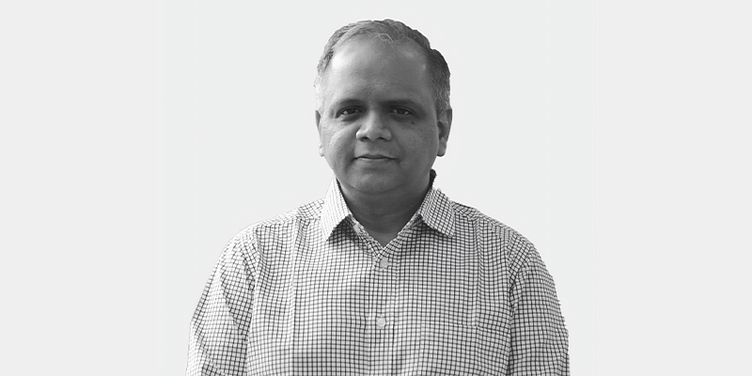 Deepak worked with Intel Capital, the venture arm of Intel Corp, for 14 years. As an Investment Director at Intel Capital, he was managing global investments, mergers, and acquisitions.

In 2015, Deepak co-founded Equitycrest, an online investment banking platform that worked with early-stage businesses, and assisted them in engaging with investors and realise their funding needs. Post this, Deepak founded WEH Ventures in 2017. WEH’s portfolio consists of startups including Pratilipi, smallcase, Trell, Clinikk, Infino, and NOTO, among others.

In Prime Venture Partners’ 100X Entrepreneur podcast, Deepak spoke to Siddharth Ahluwalia about his investing experiences during the 2000 and 2008 recessions, and what he is expecting from the economic crisis arising due to COVID-19.

Deepak got interested in venture capital during 2000, and decided to pursue it as a career opportunity. He soon connected with Intel Capital and moved to Bengaluru to join the company. Later, he founded Equitycrest, and hired Rohit Krishna, the current Vice President of WEH Ventures.

Deepak believes that it was at Intel that he learnt the basic principles of venture capital. He also learnt about evaluating companies, to raise capital, deploying, and finally allocating capital.

During his time in the venture capital space, Deepak has had a number of exits, a few mergers and acquisitions, and a couple of IPOs. Looking back, Deepak says that he invested in tech company Sasken in 2002, a time when the economy was going through a similar downturn.

“It was the center of the NASDAQ meltdown, and we had good reasons to invest, both from a financial and strategic standpoint,” he recalls.

In the next couple of months, Sasken went IPO with its valuation placed at $600 million. Later, Deepak made an exit from a couple of telecom software companies, and consumer internet company Career Launcher.

WEH has interesting companies in its portfolio, and some of them -- Pratilipi and smallcase, have raised Series B rounds. Discussing WEH’s investment thesis, Deepak says that it varies from company to company.

As far as Pratilipi is concerned, Deepak was connected with the content platform before the launch of WEH Ventures. While user-generated content platforms were not a great hit in India back then, Deepak always believed that in the following years, India would have a developed content market. That, in addition to the driven and charismatic founder, made Deepak associate with the company.

“I worked with them to help them raise their first major round, which was a million-dollar seed round,” he says. Deepak also made a small contribution in that round, and by the time WEH was launched, Pratilipi was already well established.

He has a similar story to share about smallcase. While exchange-traded fund (ETF) is still in its nascent stage in India, Deepak believes that smallcase could be a driver of the ETF wave in the country. “Apart from that, they have a fantastic product and high chemistry team,” he says.

Deepak explains that WEH is a moderately-sized fund, and focusses on helping companies raise seed capital and reach a certain milestone. WEH is more focussed on the quality of the companies than their quantity. Its approach is to invest in a couple of quality companies and make sure they are well capitalised.

“Essentially, don’t do spray and pray, make sure that companies are well-capitalised, collaborate with other investors, and move them forward,” he adds.

In a crisis like the ongoing one, Deepak believes that companies should focus on surviving. Companies that are benefiting from the crisis should be semi-aggressive, that is, they should not blow up all their capital, but maybe look for acquisitions if they have some scale.

“If you are in a sector which is more badly affected, then you need to just tighten down and reduce your costs,” Deepak says. Such companies should extend their runway, and once the lockdown opens up, they should analyse the recovery spike and adjust their businesses accordingly.

Deepak is also of the opinion that during a crisis, entrepreneurs should be pragmatic and non-emotional. Secondly, entrepreneurs should keep an eye on what’s going around and take actions accordingly. Thirdly, they should put on their leadership hats and be willing to survive through the pain. Finally, transparency and clarity with investors, stakeholders, and employees is essential. He believes that this is the time when investors will closely observe the young entrepreneurs and evaluate them.

Deepak was the Financial Controller of Intel’s Asia business during the Great Recession of 2008, and he believes that “A downturn is not necessarily a crisis”.

In his opinion, if an investor can hold his/her conviction, they should continue to invest, although it may be hard to invest at the same rate, as prior to the COVID-19 crisis. However, “withdrawal is not something that I would pursue,” he says.

Secondly, he says that investors must take a step back and evaluate the companies and sectors they invest in, and analyse how those sectors may or may not pan out.

“If the downturn is prolonged… even the best founder may flounder, simply because it’s very hard to sustain a business over two to three years of downturn,” he suggests. Having said that, analysing which sector would eventually fight back the downturn is difficult, since sector trends are not always obvious.

Finally, during a downtime, the value of capital goes up by many folds and it must be valued and used wisely. ‘Purposeful seed capital’ should be the mantra for investors.

“Our founders should use money for a certain goal, and not just to fill the bank and not know what to do with it. The goal should get them to the next milestone,” Deepak says.