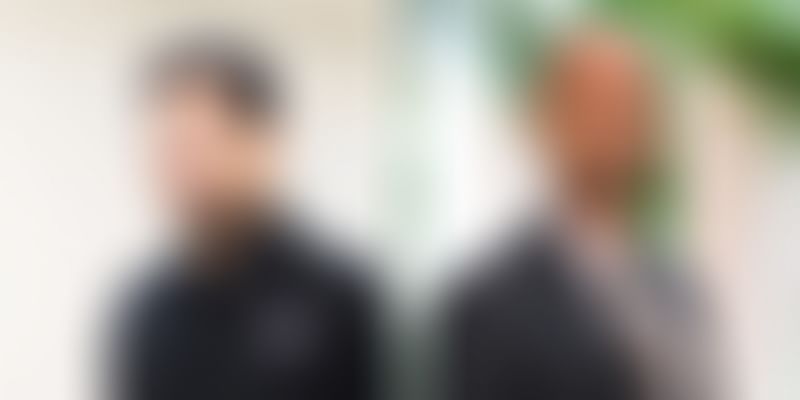 Bengaluru-based Hydrogreens Agri Solutions has developed a climate-controlled vertical grow house, which allows farmers to grow quality fodder through the year-round with minimum use of water and electricity.

Milk has always been an integral part of life in India. And the iconic Amul Doodh Doodh ad made the milk mooch a must-have, across homes in rural and urban India.

However, the 2019-20 fiscal year showed the steepest increase in the prices of milk, a consequence of lower milk yield due to shortage of fodder availability, according to reports.

Feeding good fodder to cattle is one of the major requirements for milk yield, but India is facing serious lack of fodder. According to a media report, India is experiencing 23.4 percent shortage in dry fodder availability, 11.24 percent in green fodder, and 28.9 percent in concentrates.

Founded in 2019 by Vasanth Madhav Kamath and Jeevan M, the startup helps farmers grow healthy fodder for their cattle even in high temperatures and dry areas. The founders established the startup with an initial investment of Rs 25 lakh, Vasanth told YourStory.

How Kambala is solving the fodder crisis

Vasanth says the a massive fodder shortage affects millions of dairy farmers in India. This is why Hydrogreen designed a climate-controlled vertical grow house, which allows the farmers to grow nutritious fodder for the entire year.

Vasanth worked in the agritech sector before founding Hydrogreen. He was involved in producing cotton in a climate-controlled environment with reduced need of water. He founded the company after he understood the problem and pain points of farmers, after interacting with them during this time.

The electricity-run fodder grow house, Kambala, uses evaporative cooling technology to maintain a temperature of around 22-28 degree Celsius and 60 percent humidity. Evaporative cooling is a technique that removes latent heat from the air by evaporation of the vapour.

Apart from this, it also minimises the need for water, allowing people from dry regions to grow fodder comfortably.

Vasanth says 20 to 30 kg of fodder can be grown on the vertical structure every cycle and the crop is higher in “crude protein”, which results in better health of the cattle and higher milk yield.

He explains that growing quality fodder on the field takes up to 14 days and uses 3 lakh litres of fresh water.

Hydrogreen’s Kambala can help farmers grow the fodder in eight days and needs only one bucket of water every two to three days.

“The electricity needed to run the machine is also minimum. One can expect about Rs 70 electricity bill annually to operate the machine,” Vasanth claims.

Currently, Kambala is priced at Rs 30,000. The founder says that the product is sold offline; one needs to connect with Hydrogreens through the website or the phone number to place an order.

Vasanth explains that the revenue model for Hydrogreens involves the sale of the fodder grow house. However, the company is also looking at a second model where it plans on selling fodder to the farmers.

Vasanth claims that the Kambala solution is currently being used by over 50 farmers across Rajasthan, Odisha, Andhra Pradesh, Karnataka, and UP.

When asked about future plans, he says the company's immediate goal is to set up a fodder station in Karnataka and also work with women micro entrepreneurs working in this space. The company is also looking to reach out to areas with water challenges.

Speaking of funding plans, Vasanth says, “This is a very new concept and we are doing it in partnership with the local micro entrepreneurs so we will opt for shared costs approach. We are looking to enable fodder as a rural livelihood option and we invite all stakeholders ,CSR sponsors, banks, and NABARD (National Bank for Agriculture and Rural Development) to put up more fodder stations.”

“India is a milk-drinking country. Good fodder can increase the health of the cattle, and the quality and quantity of milk. We want to improve the immunity of the livestock and the public at large,” Vasanth says.

He adds that farmers have shared feedback on the need for a multi-purpose growth house, which will not only allow better fodder growth but also harvesting of food crops. “We have received this feedback from farmers across the country and are working on it.”

Speaking of challenges, Vasanth says COVID-19 and the lockdown situation have affected business. He said working in the agritech and agricultural space requires the team to move to the field and talk to the farmers. He cites another challenge: the lack of talent in the agritech space.