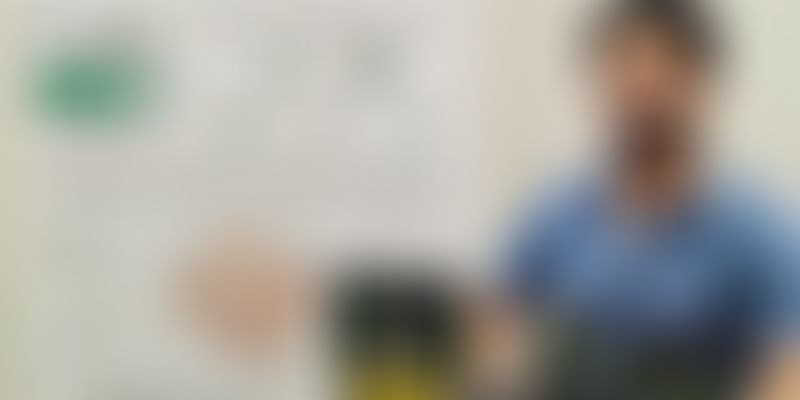 Hemp, a variety of the Cannabis sativa plant, has been used for industrial and medicinal purposes for a long time now. The fascination continues, especially after it was legalised in some parts of the US. And, in India, which takes pride in its Ayurveda, cannabis has been used in medicines for long.

Rohit Shah, Kartikey Dadoo, and Kanishk Yadav wanted to bring back the ancient knowledge of using cannabis with new and improved techniques for daily medicinal applications, and founded Hemp Horizons in 2017.

"Cannabis, commonly known as ‘bhang’, is one of the five sacred plants in our Vedas. Hemp Horizons is a cannabis startup through and through. We are India's first and leading hemp seed processors.Our one-of-a-kind facility is Ayurveda-licensed, GMP and ISO-certified, and USFDA-approved,” Rohit Shah, Founder of Hemp Horizons, tells YourStory.

Rohit, Kartikey, and Kanishk first met at Manipal University in 2009 while pursuing their bachelor’s degree. Later, in 2011, the trio transferred to Drexel University in Philadelphia, US, to complete their education.

While they all pondered on what they wanted to do in their lives and eventually moved back to India, one thing that stayed with them all this while was that they wanted to start a business, not for profit-making, but something sustainable, and tied to their roots. They wanted to bring back “bhang (hemp) and its uses” —a medicinal plant that has been ingrained in our lives for centuries but was forgotten.

According to them, the hemp industry is highly unorganised and under-educated on its benefits and associated products.There are over 25,000 products that can be made from hemp.

"A lot of people try to manufacture and sell a quality product without proper licensing, extraction, or processing techniques. Whenever a new person sees our brand, over 75 percent of the people are scared to come and talk to their families, or scared of the authorities, because when someone hears bhang/cannabis/hemp it is taboo. They think it's something that will get you high and is illegal, which most certainly is not the case. In fact, hemp seeds are known as the ‘world's most nutritious seed’ out there," Rohit says.

The benefits of hemp

Hemp seed is an ancient Ayurvedic superfood, which acts as a natural immunity booster, weight loss supplement, regulates blood sugar, and cholesterol. It is also considered as a nutritious plant-based diet that has a balanced ratio of Omega acids, antioxidants, and essential minerals.

Hemp Seed Oil, which is cold-pressed, is good for the skin and hair and can be consumed or applied to the body.

"Our products can be consumed or applied on skin and hair. We were the first ones to launch Indian hemp products legally manufactured in India. Recently, we started contract manufacturing/white labelling for over 70 percent of companies that currently exist in the Indian market, apart from owning our own brand," Rohit says.

Problems along the way

"This has been a hell of a ride. Hemp Horizons was registered in April 2017. We were hitting hard on our targets with machine research, raw material procurement, and received our FSSAI licence for hemp seed products in September 2017. We were about to launch our products, but in the second week of October, a letter was issued from FSSAI to all retailers that hemp seed is not allowed to be sold under FSSAI," Rohit says.

After this setback, it took the founders eight months to complete their R&D on the raw material and the machinery, and find a reference under Ayurveda rules to convince authorities and provide the right paperwork, lab tests, and reports.

Since it didn’t want to import processing machinery, it was also the first startup that successfully built its proprietary machine to process hemp seed commercially in India. Eventually, the startup received its first licence from the Ministry of Ayush in Uttar Pradesh to process hemp seed in May 2018.

However, the startup faced difficulties while marketing its product, since social media channels don't allow any promotions to be run with the word hemp or cannabis, or any creative or logo that has a cannabis leaf on it.

"This is a big roadblock for us to reach the mass audience. We constantly do a lot of awareness campaigns to make people aware of the incredible benefits this miracle plant has," Rohit adds.

Hemp Horizon focuses on product manufacturing and packaging, and has B2C and B2B business models.

In the former,it sells top of the line hemp products around the country online, as well as offline.In the B2B segment, it does contract manufacturing, which is then white-labelled by over 70 percent brands in India. It also provides an end-to-end solution to brands so they can focus on marketing and sales.

Since inception, the startup has been self-funded by the three founders. They have invested Rs 1.25 crore till date. However, they declined to disclose revenue figures.

Hemp Horizons competes with the likes of Bombay Hemp Company, and sells its products under the website HealthHorizons, where it retails hemp oil, nubs, and proteins, as well as on ecommerce sites such as SnapDeal and VeganDUKAN.

At present, the startup is conducting research on creating a fabric out of hemp. "We are working to get a cultivation license, and will be launching cannabis medicines and CBD products soon," Rohit adds.