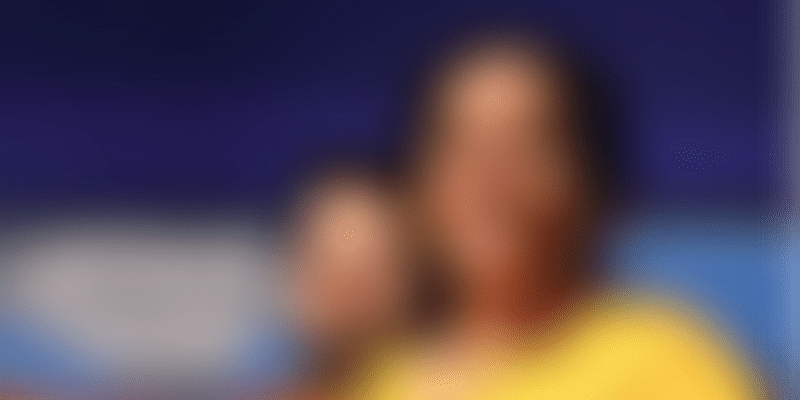 In an exclusive interaction with Shradha Sharma, Founder and CEO of YourStory, Nirmala Sitharaman, Minister of Finance and Corporate Affairs of India, talks about the government’s measures to revive and promote MSMEs and startups.

The coronavirus pandemic has adversely impacted the global economy, including India's. The country's GDP is expected to be in the negative territory in FY 2020-21 owing to economic disruption due to COVID-19, according to the Reserve Bank of India.

To revive India's economy, the Centre announced a slew of measures, including favourable policies for MSMEs, food security, extra funds for healthcare, incentives, and tax deadline extensions, among others. On May 12, Prime Minister Narendra Modi announced an economic package worth Rs 20 lakh crore, the details of which were revealed by Nirmala Sitharaman, Minister of Finance and Corporate Affairs of India. PM Modi also emphasised that India need to be ‘Aatmanirbhar’ or self-reliant.

On the occasion of the first anniversary of the Modi government's second term in office, Finance Minister Nirmala Sitharaman — in an exclusive interaction with Shradha Sharma, Founder and CEO of YourStory — talks more about these measures to revive the economy, how the government wishes to boost business for startups and MSMEs, and more.

Shradha Sharma (SS): You've been very active to ensure that the lockdown and the severity of this pandemic don’t affect the economy very deeply. Tell us about some of the key decisions that you've taken so that our economy can grow in the coming months.

Nirmala Sitharaman (NS): The approach that we took when we worked on designing the package is that we didn't want to limit it to some sectors only. We wanted to make sure that the plan was going to touch on all sectors.

Would it touch everybody in all the sectors? That is a different question. But initially, we wanted to make sure that it touches people across the board.

So, the first thing we recognised is that we have not taken an exclusionary approach, but a very inclusive one.

Secondly, it focusses on the MSME sector, without excluding startups, trades, merchandise selling people, and brands that have supply in other logistical services. The goal is not to exclude other companies that come in that size but do not hold the certificate of an MSME.

Why did we go towards not handing over money to them but asking them to take it through a bank at a concessional rate? What is it that we're giving? Money so that your fixed expenditure during the lockdown period is taken care of. Money that you need in terms of additional working capital so that you are able to buy fresh stock. So, this is how it has been designed. It actually should be touching every sector of the economy where people want it.

It is 'automatic' as a bank cannot use its discretion but will entertain stressed businesses, NPAs, those that are still viable but may be in danger without the infusion.

I say 'automatic' because the banks can send SMS-es or call their customers and tell them very clearly, "Look, we are ready to give you the additional working capital until you refuse." If the customer doesn't say, "I don't want it. I am okay," they should extend it for use. So, that is the broad brush that we've used [to design the package], and therefore, did not limit ourselves.

SS: Coming to the point of 'Aatmanirbar Bharat', which our honourable Prime Minister has been talking about. From that lens, is there some benefit specially and specifically for startups? Because this is also a golden opportunity for building localisation and bolstering Indian startups.

NS: Yes, I have considered that, and it is spread across the package. For instance, when I say viability cap funding for creating social infrastructure. Today, it means a lot of creativity; it is not just building a local hospital, or creating an asset which will be of use for the community as a whole. It is that and more.

That's where startups come, with solutions for a typically local problem but that which will enhance the capability of that issue to the level of being able to rise and serve the nation, and also be able of value in the global chain.

There is a provision where you will take the funding required to meet with the margin that you have to produce for the bank and take the assistance from them at a very concessional rate.

In agriculture, where through private participation, I want agri-infrastructure to be brought in. Since I am an MP from Karnataka, I know several startups in the state that have come up with fascinating solutions for what appears to be a simple problem related to, let us say, marketing of coarse grains.

They have made it such a wonderful, appealing, and conscious endeavour that today, you will not search for 'quinoa' but a coarse grain grown in a very unattractive unknown corner of the state. If startups have done that kind of work — quick thinking, becoming nimble, but serving a cause, which has only been festering or had no solution — should they be brought in schemes around agri-infrastructure?

For this, we have given money to NABARD, which should be utilised for startups who have already indicated so much to how innovativeness can change the entire face of Indian agriculture, and post-harvest at that.

I am limiting to post-harvest exercises in which startups are already making a big difference. I invite all of them to use that [provision].

We also made sure that the government purchases, through tenders, don't exclude small startups. Tenders up to Rs 200 crore shall not be global tenders, but for Indian enterprises, making sure that all such participants who want to come in were small, who probably do not have prior experience, turnovers not matching with big bosses.

Also, look at the way we've changed the definition of MSMEs, and the prospects of certified audit requirements so that compliance doesn't' become a burden.

SS: While we are facing one of the most unprecedented crises in our country, what is your excitement, your focus as you look at building the $5 trillion economy?

That itself is big energy that I derive, and the motivation lies in being a part of this kind of a team, which is so dedicated to making sure that Indians benefit from every decision that we make.

We all want an India, which is clean and neat, giving a chance for all of us to be able to do things.

SS: Over the years, you have come across as a very decisive, strong, and a visionary leader. If we have to learn from your playbook and your journey, what is it that you've done right that we can learn and emulate?

NS: I don't ever feel that I am different or unique. But one thing, which I don't mind saying, whether I am here or otherwise, is all of us should have faith — faith in something.

You may call it God or in your own work — it doesn't matter. But, have faith that you and the things around you will work for something better. Losing faith brings in negativity. Once you have faith, there is a conspiracy around you to make you succeed.

SS: Lastly, would you like to give any message to all the entrepreneurs and startups in the country?

NS: I feel really motivated by them. Every time I have engaged with them, I have only learnt more, and be of some use.

Have hope. The way in which entrepreneurial skills are blooming in the country, we'll have to go forward with a lot of hope and expectations.

We're only here to facilitate all of you at every moment.