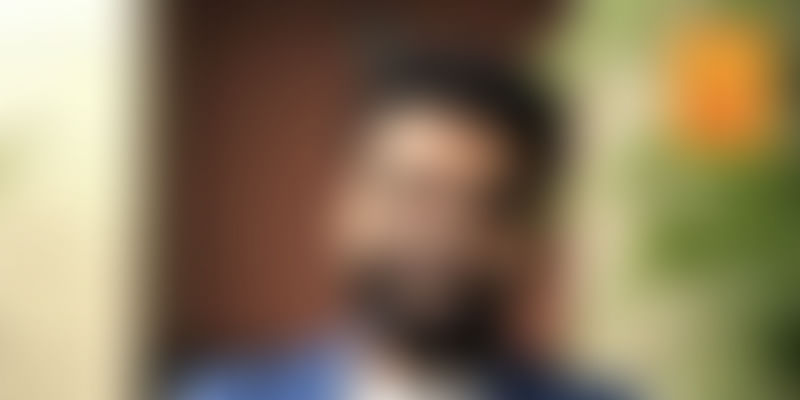 HUMHain is a door-to-door delivery service based out of Ludhiana. The team is now delivering 1,000 orders across Jalandhar, Amritsar, Chandigarh, and Ludhiana.

Milind Kwatara was preparing for his GMAT and had plans to join the London School of Business. During one of his classes, Milind posted a Facebook status that said - if anyone needs anything, they can call him, and he will deliver it to them.

Soon, Milind started getting calls, and he went to deliver the supplies. This soon evolved into a call centre-run business. To begin with, he bought groceries and also provided services like repairing tyres, and slowly the demand for his service grew.

This inspired Milind to launch HUMHain app in Ludhiana in 2019. He was joined by two of his friends - Arshdeep Narula and Hardik Dutta – as the co-founders.

The app lists nearby stores and gives customers the option to order supplies from the store of their choice. It works as a marketplace where nearby shops - ranging from grocery, clothing, footwear, cosmetics, and even electronic appliances are listed.

With the current coronavirus situation, the business has seen a growth rate of 500 percent. Before the COVID-19 crisis, it was delivering 150 orders a day, but is now delivering 1,000 orders across Jalandhar, Amritsar, Chandigarh, and Ludhiana in Punjab.

Milind did his senior schooling in finance and had taken up a job at a broking house. After a year, he started preparing for GMAT and also started selling used cars and bikes to earn some money. Milind says, he had earned his dream bike in the second year of college.

It was around this time when the call centre business evolved and the demand for the services grew.

At present, HUMHain has a small and young team - all in the age group of 25 to 27, and has advisors like Swati Paliwali, who is the marketing head of TVF, and previously worked at Flipkart as a brand manager. The team has also roped in Venkatesh Sankaran, who runs three tech firms in California. It was initially challenging for the team to track all the messages, which made them chose technology and also increase their bandwidth.

The team initially started leveraging the available technology through google forms, but later created tracking-enabled and a CRM operating system when they shifted to a call centre model.

“Currently, we have a fully autonomous tech platform that is able to handle more than a thousand deliveries a day on its own. We are based out of Ludhiana, but now have operations in Jalandhar, Amritsar, Mohali, and Chandigarh as well. The app caters to delivering essential goods and medicines from nearby shops to your doorstep. Not only this, the app also helps you to get your stuff delivered or dropped to a friend’s or relative’s house,” says Milind.

Speaking about revenue, Milind says: “We have four new revenue streams, which are clocking twice the revenue of just delivery income alone. We have become an online ecommerce portal with instant delivery.”

In just five years, HUMHain claims to have generated revenue of almost Rs 1.5 crore. It has registered one lakh unique users, and 50,000 plus app downloads combined on the play store and app store.

In the past few weeks, the on-demand space has seen a whopping 70-80 percent increase in the number of orders, with order size increasing substantially by 15-20 percent. FMCG and staples are some of the most popular products ordered online. Apart from this, Chennai-based Genie, which was acquired by Dunzo, also operates in the space.

Speaking about how it is different from the competition, Milind says, “In Punjab, there is currently no such player which provides all the services to customers through a single app. There are different delivery providers in the market for different segments. For grocery there is Bigbasket, Zomato grocery, etc., but the availability of medicines, grocery, and other essentials through a single app makes it easier for the customer's to order regularly from us.”

HUMhain shares the delivery charges with the riders. As of now, it has 100 riders. The startup takes 40 percent of the charges earned and rest stays with the riders. Swiggy and Zomato pay fixed amounts per delivery to the riders and their deliveries are also restricted to particular radius and area of delivery.

“Currently, we are targeting to on-board more customers on our platform. Right now, even if they are able to order just grocery and medicines, they will be able to see the app’s features and services. We aim to grow in Tier II and Tier III cities by bringing top 50 to 100 stores of every city on the app, spread across all categories and delivering the same within 45 minutes,” says Milind.