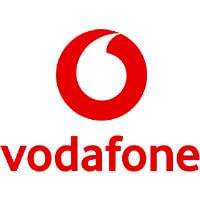 Graduating from Chandigarh Engineering College in 2014, Karan Syal began his career as a cybersecurity and ethical hacking trainer and worked on cybersecurity projects for businesses. Later, he teamed up with a few of his friends to start a startup that hosted awareness and learning workshops on cybersecurity. “After two years, I wanted to explore other facts of technology. At that time, my brother was studying in Mumbai, I visited the city on a leisure trip. But, that soon turned into a work trip. Observing how mobile marketing was gaining relevance for businesses, I wanted to deep dive.” He then made a conscious decision to work as a consultant for brands for six months on customer engagement projects. “Here I got to closely observe what it took to set up a back-end support system for brands and how it was helping brands connect with customers. At the same time, I also saw the areas where traditional setups failed to deliver,” explains Karan.

Armed with understanding and enthusiasm, Karan teamed up with his brother, Rohan Syal to start WEBozINDIA Solutions LLP. “Joana Picq, a leader at Jampp, an industry leader in user acquisition and user re-engagement for mobile apps, once said, - The mobile phone is a bit like God, it is omnipresent. And, her words struck a chord with us. And, by 2016, we had begun to see the power of mobile marketing. So, we set out to provide marketing solutions for brands. We wanted to help brands and businesses capitalise on the possibilities of mobile marketing and more importantly, help them understand how and why to use it,” explains Karan, the Co-Founder and Director of WEBozINDIA Solutions LLP.

Starting WEBozINDIA in 2016, Karan spent the first year decoding the market realities and understanding the landscape better. At the same time, I began looking out for connections in the ecosystem - from vendors to telecom operators. I wanted the business to be equipped to cater to the client’s demands.

“By 2017, we felt ready And in February 2017, we onboarded HealthIndia Insurance TPA Services as our first client. The first engagement involved designing and executing an SMS and missed call solution to get feedback for their services,” says Karan.

Three years later, HealthIndia Insurance TPA Services continues to closely work with WEBozINDIA for their mobile requirements. “That says a lot for our quality of services and commitment to meet our client’s needs,” beams the co-founder.

“We provide VOICE service through a completely automated web-based application that enables brands and businesses to get real-time notifications of all calls on the dedicated mobile, land phone, or toll-free number. With Transactional SMS service, we are able to deliver to DND and non-DND numbers because we have the necessary licences in place. In Bulk WhatsApp messaging service, we can not only send text but also images, video, audio and PDFs, thus making it applicable for a variety of use-cases.”

More recently, they have begun designing and supporting loyalty programmes and consumer engagement solutions such as promotions, contests, coupons, gratifications and more.

When success speaks for the impact

In the last three years, since it started actively offering mobile marketing and consumer engagement services, WEBozINDIA has worked with more than 200 clients, including the likes of Zee Entertainment, Nutricharge, Britannia, Cadbury and Nestle.

“We do have one of the best success rates in the industry. The success rate, i.e. the rate of delivery, averages at about 94 percent for SMS, with 92 percent of them Delivered within five seconds of being sent out. For voice it stands at 90 percent, while for WhatsApp it is at 85 percent.”

The volume of calls and messages that it handles to provide these services is huge.

Today, on average WEBozINDIA handles about 1 crore SMSes a month, while the voice call volumes average at around 80 lakhs. Karan adds, “For any mid-sized brand campaign, we reach out to more than 30 lakh interested unique users.”

Karan says the growth has been organic, most of which came from client referrals.

“Thankfully, I have never had to spend on marketing. I have never been bullish either. Yet, we have seen good YoY growth. Starting with annual revenue of just Rs 3 lakhs in 2016-17 to clocking Rs 22 lakhs in 2017-18. This financial year, we have already crossed 1.4 crore in revenue and expected to touch Rs 1.7 crore."

At the crux of their success story: Vodafone

While having a committed team, crafting customised solutions and understanding the consumer nuances has helped them reach where they are today, a significant factor has also been the support of their technology partners, which in their case are the telecom operators.

“Since we work on a lot of mobile marketing campaigns, we often work closely with telecom operators. Be it a missed call campaign, IVR setup, an SMS campaign, it often involves creating a premium mobile or toll-free number. And that's why telecom operators become key to our work,” says Karan.

“For a marketing campaign which has a toll-free number component involved, one of the things you need to ensure the success of the campaign is a number that is easy to remember because it paves way for better recall and thereby better business opportunities. That’s when we reached out to Vodafone.”

WEBozINDIA went live with a Vodafone toll-free number soon after. While getting access to an easy to recall toll-free number was helpful, the domestic toll free services from Vodafone come with additional features such as time-based routing, call redirection, origin based routing, load balancing, sequencing calls as per business needs, and black and white listing of numbers. “These features further helped in strategising and executing the campaign seamlessly. Today, nearly 12 months later, we are still live with the toll free number for the client,” says Karan.

What started off as a one-off engagement soon developed into a long-term relationship where WEBozIndia began reaching out to Vodafone for most of their mobile marketing campaign requirements.

The importance of quick response from a telecom partner

Today, 60 percent of those engagements are being done with Vodafone.

“With mobile marketing campaigns, there is a need to be on our feet all the time. Sometimes we need to create and activate the telephone number and get it up in less than a week. And we have seen some fantastic support from the Vodafone partners, who have made it happen. There have been instances when we have been able to create a campaign number in 24-48 hours as opposed to the standard turnaround time of 7-10 days. As critical as it is to have a short turnaround time on these requests, it is equally important to be able to have minimal downtimes and ability to handle large volumes. Here too the experience with Vodafone has been on par. Even in the few instances when there have been glitches or downtimes, they have been quick to respond,” says Karan explaining the role and importance of a telecom partner for a growing mobile marketing company like WEBozINDIA.

Karan shares an example of a recent engagement they did for Big Magic, an Indian pay television channel owned by Zee Entertainment Enterprises to highlight the work of WEBozINDIA and how Telecom partners help them in their journey. “We were working with BigMagic to support them in an 11-day campaign to drive user engagement. The campaign involved creating a telephone number and asking users to participate. Users had to give a missed call post which they would receive a call asking them to select their answer to the contest question. A randomiser would then select 1000 winners who were sent a Rs 100 worth recharge voucher. We received over 1 lakh calls each day, of which there were at least 30 percent unique users every single day. On a particular day during the campaign period, we even received 1.8 lakh calls, which was double the average. The entire campaign was seamlessly executed on Vodafone.”

On the road ahead

Karan is optimistic about the future. He agrees the mobile marketing business has become competitive. “New technologies are rewriting the rules of the game. So are new players. But, even then if you continue to do the basics well, you can stand against competition and new trends. Because, at the core, it is about reaching out to customers who matter to the brand.” And, one of the offerings that WEBozINDIA is excited about has launched is SMART SMS.

“Here we don’t just have insights on how many people have opened the message but also who. This I think will be a game-changer. That said, we will continue to focus on our core basic offerings which clients say have been the most effective, in comparison to even technology that competitors have labelled to be ground-breaking.”

In the coming financial year, we will be coming up with a new solution of ONE Number Solution.

So what’s on WEBozINDIA’s future roadmap?

“To continue doing what we do best. That simple mantra has brought us so far and I believe it will continue to,” signs-off Karan.