Young founders, grow up fast, the tide has turned 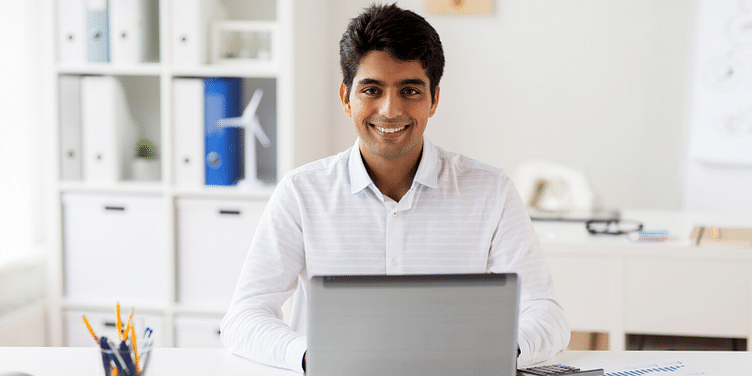 Younger founders who started up in the past few years are likely seeing these kinds of events for the first time.

The current coronavirus crisis is ravaging most parts of the global economy, startups, and VC funding. Younger founders, especially those who started up in the past few years are likely seeing these kinds of events for the first time.

As for the early-stage ecosystem, the party has crashed, with most angels taking the door and many funds more circumspect and licking the wounds from their portfolios (with only a few sectors getting funding).

Our interactions with founders who have started up in the past three years (both outside and from my own portfolio) and those looking to raise their seed rounds in the past couple of months tell us that by and large they haven’t got religion. There are shades of hangover from the Kool-Aid of 2018-19 – the easy money era.

We believe some of the younger founders thinking of starting up and raising capital could reboot their mindsets/take a fresh look at their businesses and approach towards investors to have a better chance of navigating through this.

Should you start up now?

While the statement is often made that now is a good time to start up, it’s quite generic and often misleading. In our opinion you should think about starting up at this juncture, only if you fall in one of these two brackets:

A. If you have been laid off/furloughed – this could be a good time to build a business for yourself, especially if you have always had an idea in your head and have been ‘waiting for the right time’. Best if you can do this in largely bootstrapped fashion at least until some validation.

One such example is of course, WhatsApp. The founders had quit their well-paying jobs in 2007 to travel the world, but thanks to the 2008 crash, they couldn’t get a job post their hiatus and got rejected at multiple companies, including Facebook.

B. If you are in-tune with the expected change in consumer behaviour. While each crash has a different impact on the psyche of the consumer, one thing for certain is that consumer behaviour does change significantly during such times. If you can identify one such trend and you believe there are no strong existing players in the market, then it might be a good idea to capitalise on it.

While there are some obvious sectors benefitting due to this crisis now, like healthcare/grocery/edtech etc., but, keep in mind that there could be existing well-funded players in the sector playing to their strengths and also, companies in the adjacent (and in some cases, even not so adjacent) sectors are trying to pivot to one of these ‘hot’ sectors to survive.

But if you’re someone looking to start up, there’s no hurry to do this right away though, you could wait till the dust settles and then, try to find pockets of opportunity. Couple of companies which did this right are, Airbnb (2008) and Warby Parker (2010); both created brand-new products that appealed to the budget-conscious consumers, post the financial crash of 2008.

However, make no mistake that the next 12-18 months could be hard. Also, the bar on founder competencies and overall evaluation would be higher than before. We would really caution founders to do some serious self-examination on whether they have a strong idea and a core complementary team before jumping in.

Please do review the section below to see if you have many of these elements in your pitch.

What does a VC look for?

The bar for quality, traction, founder chops/maturity is a lot higher now (and will be in the near future), and may put many young founders at a disadvantage. It certainly helps if you are in a sector with tailwind and traction that’s self-evident - that could gloss over many other expectations. Also, who you raise from may be more important now - ideally a fund that can cover you for more than one round.

On closing a round...

While not all companies necessarily need to get venture funded, for the purpose of this section, let’s assume that you want to go down this path and raise multiple private rounds of funding. During 2017-19, the venture capital eco-system was hot with respect to the number of deals as well as the size of the rounds.

This was even more evident during the latter part of 2019, where a good number of early-stage startups raised $5mn+ seed rounds on almost just a paper plan. Now most VCs have hit the reset button and the new reality is going to be different.

If you are thinking of launching your startup, it’s quite possible that you may have hung around some of the founders who may have a not so difficult time until now (Class of 2017-19). Please do realise that there is a new reality setting in founder-investor equations and your mindset/approach needs to be calibrated accordingly (per the table below).

In summary, you may be inclined (or somewhat compelled) to go into startup mode in the present circumstances. It’s going to be a difficult ride - and you really need to ask yourself whether you have a compelling idea, sector, traction and adequate business skills/experience to cross the bar. If you do make it to the other side over 18-24 months, you just might be in pole position.