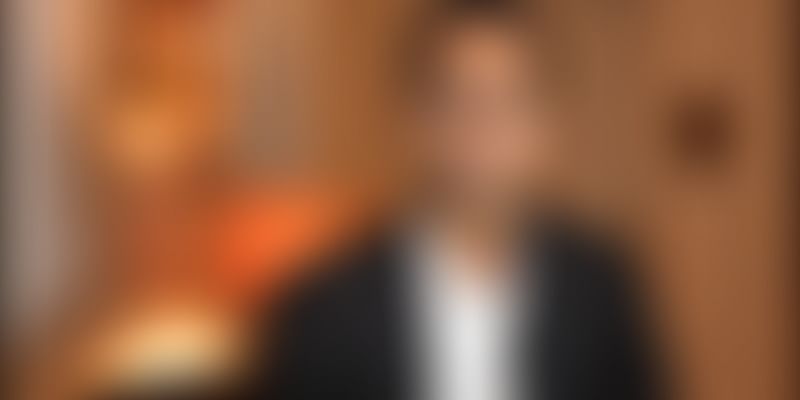 Founded by Karan Bajaj, edtech startup WhiteHat Jr focuses on coding and has signed up over 700,000 students in just over a year. It is now eyeing global expansion.

After being bullied in school repeatedly by her peers, nine-year-old Mae from Shillong, Meghalaya, developed a mobile application that allows users to report incidents of harassment to school authorities, anonymously. She was even recognised by Meghalaya Chief Minister for her innovation. Similarly, seven-year-old Hirranya Rajani from Mumbai developed an app to help people with hearing impairment to communicate better.

“All these are testimony to the remarkable creative potential of kids, which we were able to tap with our product,” says Karan Bajaj, Founder, WhiteHat Jr.

Launched in 2019, the edtech startup offers artificial intelligence (AI) courses to children aged between six and 14 years. It aims to empower children to view themselves as creators, so they become frontier inventors of the new world.

“Any job that doesn’t involve a level of creation will be automated. Yet, with tech at the center of every human interaction today, schools have no meaningful tech curriculum at all. We set out to create the world’s first coding curriculum delivered via a live platform that connects students and teachers,” says Karan.

Around 700,000 kids have registered on the portal at present, where more than 7,000 live online classes are conducted daily.

After graduating from the Birla Institute of Technology in 1999 and IIM-B in 2002, Karan worked for corporates like Kraft, P&G, and BCG.

The founder believes that every startup comes from a deep personal experience of an entrepreneur, which makes them want to bring a change to the world.

Karan says: “As a father of two daughters, I was aware of the massive shifts in every aspect of living caused by technology, and wanted my kids to be at the centre of creating technology versus consuming it. So, I read about early childhood coding from MIT and TUFTS. Interestingly, the research indicated that kids who code go through a fundamental psychological shift when they use the fundamentals of logic, sequence, structure, and algorithmic thinking to create tech products such as games, animation, and apps. They start to think of life as a playground for experimentation and creation.”

Karan says, that’s when he thought of creating WhiteHat Jr with an aim to empower the next generation to become creators versus consumers of technology.

Karan believes he has found it particularly gratifying to see that the original vision has come to life in the kids who are going through the course. Not only are kids as young as six-years-old creating industry-grade applications downloaded by thousands across the world, they’re also seeing massive improvements in concentration and logic.

The startup claims to have seen net promoter score (NPS) of 68 percent, student renewal rate of over 75 percent, and a refund rate of under three percent, which is rare when it comes to edtech or consumer internet companies in India.

The founding team comprises of three engineers, three curriculum creators, and one graphic designer, and in

less than 18 month, the total team strength went up to 300 plus.

Karan says, Deeptech involves core scientific or engineering innovations and this can happen only if you start stimulating the creator potential of kids and teach them technology from a very young age. This is the mission towards which WhiteHat Jr is working, and as part of its Frontier curriculum, it is going deep into areas of Lifetech, Internet of Things, and Quantum Computing.

Focussed on Class I students, the beginner course involves building apps with logic and abstraction, with the help of phonics, composition, mathematical operations, and units of measurement. The intermediate course teaches kids in Class 2-3 to build advanced art and single-character games through Blockly. This aids them in deconstructing complex fiction and fairy tale narratives, deepening their understanding of number systems and developing three-dimensional reasoning.

The number of classes the kids can attend ranges from eight to a maximum of 300 classes. WhiteHat Jr offers courses depending on the age of the kids, where they start teaching the fundamentals of programming to kids and gradually move to complex concepts.

WhiteHat Jr reported $40 million revenue rate in just a year, growing 30-40 percent month-on-month. Its revenue model is based on fee subscription. The children sign up for a free trial class, after which they will have to take a paid subscription, which ranges from Rs 600 to Rs 750 per class.

Karan says, they are seeing great traction from across the country, including Tier II and III cities like Balangir in Odisha, Sikar in Rajasthan, and many more, with 50 percent of their consumers now coming from non-metros.

“Beyond the usual entrepreneurial challenges of setting up a founding team and iterating until finding a business model that works, the biggest challenge for us was to be able to maintain our speed of execution and product quality even as we scaled,” says Karan.

“As a single founder, there area lot of things to balance and get it right. I would say, in the early stage, keeping a tight focus on the business with a strong discipline and scaling it while you raise funds to build the next level team was also challenging. Post Series A, after I was able to get a strong management team, it has been comparatively smooth,” says Karan.

WhiteHat Jr is looking to expand globally this year. Earlier this year, it launched its product in the US.

All its classes are conducted live, with the teacher to student ratio of 1:1, and in the next phase, it wants to roll-out a 1:2 model, which will reduce the student fees considerably and enable it to cater to a wider student base. There are also plans to introduce new courses on programming languages like Python for students from grades 10-12 and college.

“We have developed the first structured Artificial Intelligence and Space Technology curriculum for kids. Kids use the fundamentals of logic--command, sequence, structure, and algorithms -- to make industry grade animations, games, and apps. Secondly, our teachers are specially trained in getting kids to not only learn but also enjoy the process of coding, and only the top 99.9th percentile of teachers conduct the classes. We’ve repeatedly received some incredible feedback from the parents on the quality of our teachers, and they will be able to impart this knowledge to schools that we collaborate with,” says Karan.

The startup has been seeing great traction despite the Covid-19 lockdown.

“With the Covid-19 lockdown, our MoM growth has accelerated to more than 100 percent, with a massive surge in student enrolments. We are hiring aggressively amidst this downturn, and our focus is on increasing capacities, getting more teachers onboard, and conducting more daily classes so that more students have access to our courses,” says Karan.