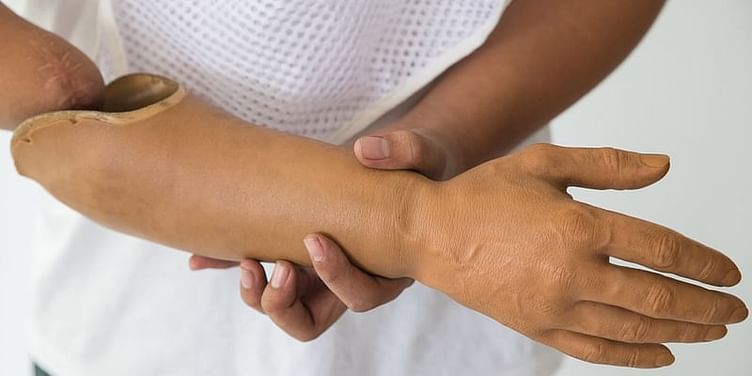 The Poland and New Delhi-based startup said the funding will be used for commercialisation of its product Zeus, a multi-action bionic arm, across India and Europe.

Other investors who participated in the round include Joyance Partners and Sunfish Partners.

The company said the funding will primarily be used for commercialisation of its product Zeus, a multi action bionic arm, across India and Europe. The firm also aims to continue its R&D efforts by building the next generation of the bionic limb and building accessory products like prosthetic wrists and prosthetic elbows.

Founded by Dhruv Agrawal and Faith Jiwakhan in 2016, Aether Biomedical claims Zeus is a low-cost high efficacy product aimed to create data-driven rehabilitation accessible and more robust. Its state-of-the-art product is priced at a much affordable rate to bring a larger set of amputees under its purview, the company said.

According to Aether, there are reportedly more than 10 million amputees around the world, 80 percent of them live in developing countries where the penetration of prosthesis is less than 10 percent. India and China are considered the fastest growing markets for prosthetics and orthotics in the Asia Pacific region due to increasing aging populations, growing awareness about new technology, and the availability of funds. The company said this is the gap it aims to bridge by bringing new age, scalable, and insight driven solutions.

Some of its top markets include developing regions like India and other countries in the Asia Pacific region.

The funding is part of Chiratae’s DeepTech Innovators Programme, which is in its sixth edition.

“We see deep-tech playing a pivotal role in shaping scalable solutions across verticals. As technology evolves, so does the benchmark for innovation, Aether and its team is a great example of that,” added Sudhir Sethi, Founder and Chairman, Chiratae Ventures.