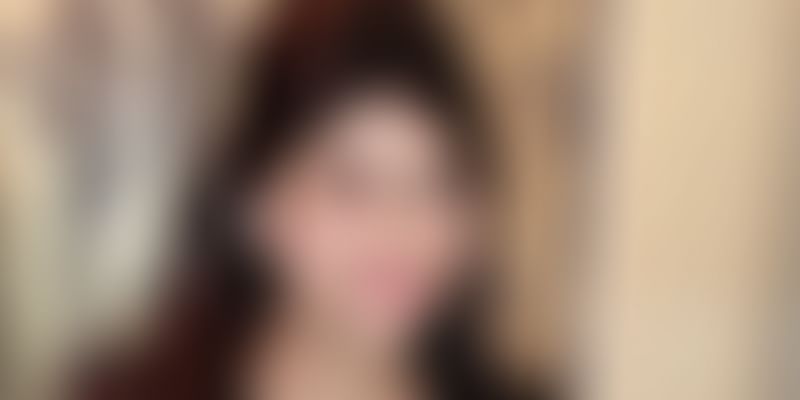 In 2009, when Shivani Agarwal borrowed money from her father to manufacture paper napkins and aluminum foil, people around her derided her for focussing on “just tissue paper”. Shivani, who had a publishing business, thought she could do more with paper than create books, and set up Scraft Products, which manufactures tissue paper rolls and aluminum foil, in Sonipat.

At that time, Cash and Carry retailing was in its infancy. Shivani knocked on the doors of Walmart, which was keen to back bright entrepreneurs as it fit their diversity story.

“My first meeting with them was in September 2009. They helped me to focus on packaging, branding, and visibility, and asked if I could supply to their stores in North India. After multiple iterations and meetings, I became a Walmart supplier in January 2010,” Shivani says.

Eleven years later, her company has revenues of more than $6 million and serves North India with 50-plus distributors who work with thousands of small retailers.

One of Walmart’s “preferred suppliers”, she is the owner of one of the small businesses that went on to capture new India’s increase in consumption. She now employs more than 100 people at her factory at Sonipat, Haryana.

People around her continue to deride her “paper roll business” but she persists. “I still believe this can be a big business and I am not going to give up,” Shivani says.

She isn’t the only one.

Millions of men and women in India’s SME world are doing their bit to find a place amid the giants. According to FICCI, there are 50 million SMEs in India and all of them are working to make a mark in the market. Walmart has, over the last six decades, consistently supported small businesses and made an impact on the entrepreneurial ecosystem.

The US retail giant, which has $524 billion revenues and employs more than 2.2 million people, works with thousands of small businesses globally. Some of its goals include women empowerment and promoting local manufacturing.

Operational since December 2019, Walmart Vriddhi is actively working with micro, small, and medium-size enterprises (MSMEs) to expand an entrepreneur’s domestic capabilities and make them a part of the global supply chain.

Over the next five years, Walmart will give MSMEs in-person training, expert advice, and access to its deep global experience and a network of peers and mentors in their local communities. Participants will be equipped for online and offline growth, with tools to potentially become a part of the supply chains of Flipkart, Walmart Global Sourcing, and Walmart India.

The aim is to enhance domestic capabilities and allow MSMEs to participate in global supply chains so “they can build sustainable businesses, create new jobs and help India increase exports and be more self-sufficient in the future”.

One of the small businesses Walmart is working with was launched by Dr Madhumita Puri, a Delhi-based genetic scientist who realised that research alone did not create impact with implementation. She soon joined the Society for Child Development Programme and also became a part of the skill development programme for differently abled people.

“For skill development to succeed, you need products that have a market. I was at a temple and I saw so many flowers were being trashed every day. It was the early 2000s and I decided to do some research on what we could do with flowers,” says Dr Madhumita, Founder of Society for Child Development (SFCD) – North Delhi and the Founder of Trash for Cash.

Madhumita soon realised that the flowers could be used for colour extraction and a small business was born. She would collect flowers dumped outside temples, mosques, and churches, and create colors from the dried petals.

“I was doing just 10 kg of colour extraction per month when Walmart approached me and asked if I could supply at scale. Walmart helped me to look at collection and recycling processes. Today, Avacayam manufactures 200 tonnes per year and is continuing to scale with other organic products,” she says.

The brand, which now retails at Walmart stores, has a 120-member team, many of who are visually impaired and physically disabled. Madhumita, who does not wish to divulge revenues, is happy that she has been able to ensure skill development, build a profitable company, and contribute to social impact.

The impact on supply chains

According to FICCI, the coronavirus pandemic has had a major impact on supply chains. More than 60 percent respondents indicated in a survey last month that their supply chains were already affected and the impact was likely to worsen.

SMEs need a ray of hope to survive during these hard times, and Sagar Asia has literally built ladders to scale up to Rs 100 crore. Founded in 1989, the company has gone global and has been working with Walmart since 2017.

Ananth Sagar, a second-generation entrepreneur, runs the consumer division of this SME.

“I had worked in two ecommerce companies before I joined the family business. I realised that our company could scale up the consumer side of the business with Walmart. We build small ladders that go all the way up to 400 feet. We help several industries, from construction to wind tower maintenance,” says Ananth Sagar,

He says ladders are something that no one would think of but are needed by everyone. The company has a manufacturing capacity of 350,000 units per year, Amid the COVID-19 pandemic, it pivoted to manufacture disinfection tunnels.

Walmart claims to help local sellers and suppliers, including kiranas, MSMEs, farmers, artisans, and women-owned businesses, and serves more than one million members in India.

Learning to be self-sufficient

Delhi-based woman entrepreneur Babita Gupta founded Sarangi Creations, which makes bedsheets and home linen for Walmart.The business has grown to Rs 12 crore in annual revenue and has a 60-member team that operates from a 1,500 square feet factory. Her team is now using the fabric to create bags that contains two cotton masks, a 50 ml sanitiser, a towel, a soap strip and wet tissues.She has also launched a COVID-19 suit (coverall) for doctors and nurses.

She credits Walmart for the growth of her business. “I started up after being in the Walmart women’s entrepreneur development programme in 2015. My husband and I quit the family business and set up this company to manufacture home furnishings,” she says.

She adds that Walmart helped her believe that she could build a large business going forward.

COVID-19 has made the government put the focus on make in India and “atma nirbhar” businesses. Indian MSMEs have been waiting for a fillip at policy level, but they can move towards self-reliance faster if they have corporate backing.