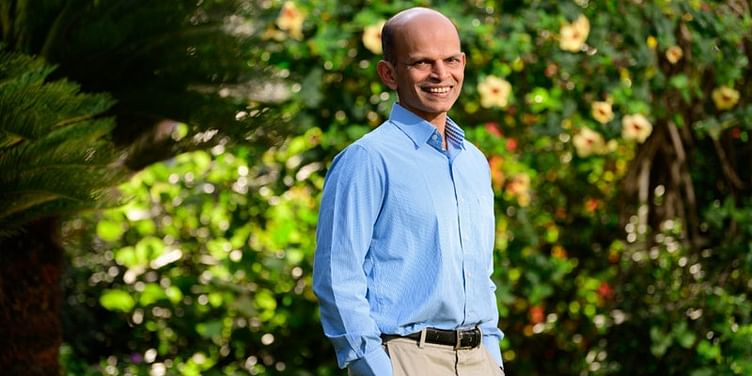 In this episode of Prime Knowledge series, Shripati Acharya, Managing Partner, Prime Venture Partners, talks about analysing risks and estimating what one has to lose before making a decision.

“There is freedom waiting for you,

On the breezes of the sky,

Oh, but my darling,

What if you fly?”

This poem by Australian poet, Erin Hanson, goes to the heart of any decision that is wrapped in uncertainty, says Shripati Acharya, Managing Partner at Prime Venture Partners. He says, the poem talks about what one has to lose, and what they can gain, in the right order.

We constantly encounter decisions and questions from mundane to the material. Be it deciding between taking up a new job or starting up; buying something versus renting it; Shripati says the dilemma we find ourselves in is more like taking a plunge and asking the question -- how risky is this particular move?

However, Shripathi says, “I believe, a better question to ask is, what do I stand to lose?”

Shripati says, “Risk is best understood as a combination of two factors - how reversible is the decision and how controllable is the outcome.”

If a decision is reversible and one can roll back the changes to more or less the previous state, the risk factor is not much. This idea can be applied while taking simple decisions like planning a vacation, or complex decisions, like buying a car. On the other hand, some decisions may not be as easily reversible. This includes serious medical procedures or making a huge financial commitment, getting out of which is difficult.

Decisions where one can control the outcome and can be easily rolled back to its original form, if one changes their mind, are safe to consider. However, if rolling back to the original form is not as easy, but the uncertainty is low, one needs to think a lot before taking the risk. Decisions that are reversible but yet the outcome is beyond one’s control are difficult to judge.

“These appear risky on the surface, yet on careful consideration might be highly sensible,” Shripati says. Citing an example, he says that job changes, especially early in the career, mostly fall under the ‘not as bad as it looks’ category, and hesitating too much is overstating the risk.

While changing jobs, if one is relocating to an area where the industry is shrinking, one might be staring into a diminishing set of options in case the job does not work out. This comes with greater career risks, and it might be irreversible in nature.

In order to make such moves less risky, one has to strive to increase the chances of a favourable result. This includes knowing the company, the job, and people one is going to work with before joining the company.

“If these factors are known, your own performance (something that you control) will determine your job satisfaction,” Shripati says.

Similarly, a framework can be applied to an entrepreneur’s dilemma -- should one take the entrepreneurial plunge and start a company, or hold back a bit?

Starting up earlier in one’s career makes the decision more reversible. While starting up, if one has not taken a lot of personal financial risk, going ahead they can manage to start another company.

Similarly, starting up a company with people one is already familiar with and in a domain that one has experience in, reduces the unpredictability in the outcome, and the overall risk. On the other hand, taking a plunge in a new sector with co-founders who are mere acquaintances, makes the venture risky.

Thus, according to Shripati, when once faces a critical decision, it is important to consider few things:

Having said that, no amount of planning can prevent the feeling in the pit of the stomach.

“What if I fall is what we ought to ask first, but not counterbalancing it with a reasoned understanding of what it means to fly can make us miss many an exhilarating flight,” Shripati concludes.