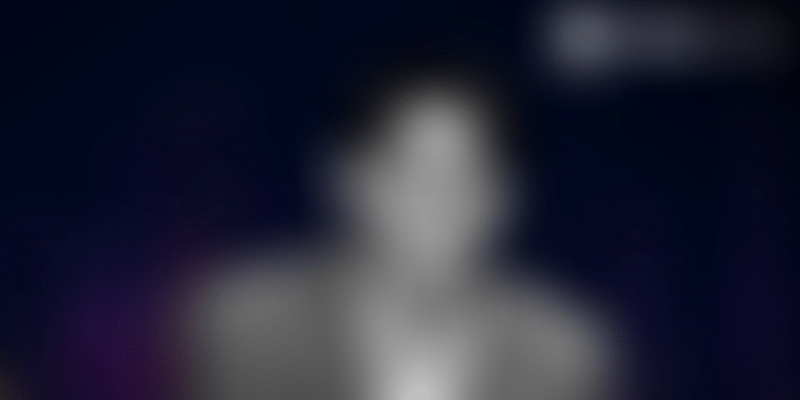 In this week’s Techie Tuesday, we cover Anshul Bhagi, Founder of edtech startup Camp K12. A coder who started at 13, Anshul impressed top Ivy League colleges with his portfolio when he was just 17 years old.

Anshul Bhagi was studying at MIT when he decided to create a platform that could teach children how to code. An early coder himself, he wanted to share the feeling of empowerment he felt when he started coding at 13.

He was born in India, but at the age of seven, moved to Cupertino, California, with his family. Living in the heart of Silicon Valley and surrounded by inspiring stories of the greatest in the world breaking new ground, every day, pushed the young boy to start thinking about what he wanted from his life too.

“As a young child growing up in the Valley, you are surrounded by role models, you keep hearing about all the people who have built the biggest tech companies,” says Anshul.

In 2003, when he was in the seventh grade, Anshul chanced upon a book about HTML in his school library.

“I had my very first coding experience sitting in a library, looking at a book, and typing something I saw in the book into the text editor on my laptop. It was that first empowering moment for me, where I could build what I was imagining with very little resources,” he recalls.

“Whatever you think in your head, you can bring it to reality. It is a language in which you can build things. It is the language of problem-solving and creative expression,” he adds.

That was how Anshul’s fascination as well as his lifelong tryst with coding began. In 2010, along with his father, he decided to bring the creative freedom he found in coding as a child, to other kids, and co-founded Camp K12.

“What engages children is the input and output cycle. Children have a short attention span, and the things that grab their attention are things with quick gratification loops. Of all the different types of engineering specialisations around, coding does that. It doesn’t use too many resources – all you need is a text pad and a phone or a computer, and a child can build a game, website, or whatever they want. The input to output gratification loop is tight,” says Anshul.

Camp K12’s uniqueness is derived from the way it teaches young children coding – more practically, rather than being theoretically, which Anshul realised was the best way to approach the subject.

Anshul says that while he was growing up, he had ample role models who encouraged him to code. But once he got hooked, most of the coding he learned was outside of school.

Early on, Anshul understood that, as interesting as reading and learning theory was, practically implementing and running codes was game-changing, and what basically got him addicted to coding.

“I wouldn’t be able to sleep at night. I would be working on a problem until the early hours of the mornings and keep coding. I lose sense of time when I am coding. And when I am in that zone, whatever happens around me doesn’t distract me,” he quips.

By the age of 14, Anshul had started building his own games using programming languages, as well as coding using Java. He went on to becoming one of the youngest people to use Java, and even invited James Gosling, the inventor of Java, to his school to deliver a keynote.

“By that time, I had built a small coding society, where I would teach coding to people. I had invited James to our school for a talk, and it went on to become a big event.”

Anshul taught his fellow students code-writing during recess hours, quickly changing his tact when he found that they were better able to grasp the subject matter when they were doing practical work.

All through high school, he continued to code – some times for up to seven hours after classes – and even earned a living building and selling games.

“My education in computer science has always been applied. I call myself a creative coder,” says Anshul. He firmly believes that technology gives people a massive leverage to solve any problem.

Tinkering with apps and games

Anshul landed at MIT armed with a portfolio of apps and games he had created during high school. Some of his most memorable apps included one that converted western music to Hindustani classical, which he’d built for this mother; an equation solver that could be used by students in mathematics classes; and one for his science teachers to teach the concepts of mitosis and meiosis.

He coded not for money or fame, but purely for self-fulfilment. It’s what got him into MIT, and other Ivy League colleges in the first place:

“Any interview conversation that was supposed to be 45 minutes would end up being two and half hours,” says Anshul, who used to carry his apps and games with him to demonstrate his skills.

He graduated from MIT when he was 22, with a Masters in Computer Science.

The idea for Camp K12 was born at MIT.

“One of the things I wanted to do at MIT was travel as much as I could. My summer breaks were filled with tech internships at Microsoft, Google, Apple, but during the winter breaks I used to teach coding in a different country, every year,” says Anshul.

He would pitch the idea of teaching coding to investors, and try to apply for teaching grants whenever he got the opportunity. His travels took him to places such as Brazil, Portugal, Italy, Kenya, India, China, and other states in the US.

“I was teaching as a way to have new experiences worldwide,” he says. It was on one of those trips that he realised he liked teaching, and was even good at it. His travels also helped him understand how broken the education was, across the globe.

“Every K12 system of every country – rich or poor – is outdated in the same way.”

Those insights were a light bulb moment for Anshul, who finally realised a way to bring his love for coding, and his flair for teaching together in the form of Camp K12. Initially, Anshul taught the students of DPS RK Puram and DPS International coding, offline.

When Anshul was still at MIT, the institute developed Scratch, a block-based visual programming language and website that helps children code. He was a part of the team that built the platform, as well as the group that created 'MIT App Inventor' - a platform that teaches children how to build apps.

Anshul wrote code for App Inventor, and developed the curriculum for it, in collaboration with Google. The experience of building an app inventor was powerful for him, and it further cemented his resolve to converge teaching children, and coding.

For Anshul, Camp K12 finally came together as a business when he was pursuing his MBA at Harvard Business School in 2015. He, along with a fellow student, launched a group there – Code@HBS – to advocate adding tech and coding to the college’s curriculum.

After a brief stint at McKinsey, Anshul realised coding and teaching was his life’s calling. By then, he had sharpened his skills working on projects such as Sochobot, an AI-powered tutor chatbot that answers questions in real-time; AskMemory, a conversational interface for information storage for Alexa; and ScratchForARDrone, a face-tracking drone technology, which was an extension of MIT Scratch.

He started building Camp K12 as a digital classroom, and offered curated curriculum.

“What I am trying to build isn’t a coding club, or a live online learning platform. I am trying to build a school with Camp K12 that will be relevant for the next 100 years, and teach essential skills that do justice to students and teachers. It is a different world today, and there is an opportunity to build new models for schools using proven business models, formats, and technologies,” says Anshul.

The platform today has nearly 50,000 students from all over the world. The company recently raised $4 million in a seed funding round from investors including Matrix Partners India, and SAIF Partners, as per Crunchbase.

Anshul believes the legacy of the unfortunate COVID-19 calamity is that parents will become culturally more open to a new way of learning, and it will ultimately force everyone to evolve and build tech that’s better than the existing, offline models.

Edtech has already seen a massive surge in demand, users, and external funding over the last two months during the lockdown. Schools, colleges, and professional universities have had to lean on online teaching platforms to continue their coursework during the coronavirus crisis, and ed-tech companies are playing an instrumental role in ensuring that happens smoothly.

Anshul’s advice for techies is to learn to communicate effectively:

“Some of the things I look for in techies is open communication and integrity. If you can’t do something in a given time, say you can’t do it in that time. Another big thing for me is ownership, which means even if there is no one around to answer your questions, you are going to get the job done and I can rely on you. And even if you can’t, you will communicate it.”

He adds that the unwillingness to speak up, and communicate their needs and wants is what gives the rest of the industry a bad name.

“How it manifests itself is that if they can’t meet a deadline, they can’t speak up, if they are stressed, they will not speak up. At Camp K12, we give people the space and time to do that. We have something called tech-talks, which is a two-week event where an engineer presents a project they are working on. It could be completely unrelated to what they’re doing at work, but it’s mostly about the communication,” says Anshul.