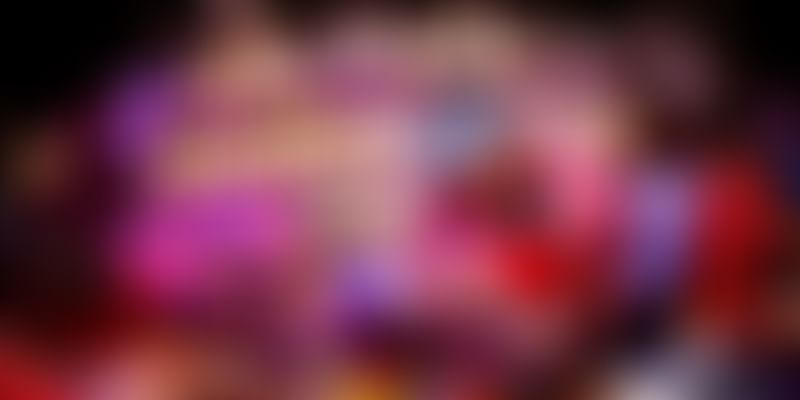 TikTok found its largest market in India, and India found a truly democratic social media platform in TikTok. All that stands to change with the government's ban on Chinese apps.

In June 2019, TikTok organised its first-ever Creator's Lab event in India at a jazzy sea-facing venue in Mumbai. The ByteDance-owned company brought together over 500 'creators and influencers' from across the country to showcase our burgeoning creative economy.

TikTok Creator's Lab was filled with colour, hope, fun, and action. From interactive workshops and inspirational talks to food painting and live games, it held a mirror to the "real people" of India, many of whom had trekked from faraway towns and cities.

It also established the democratic nature of the platform, one that defied conventional boundaries of caste, creed, colour, community, and content in a highly status-conscious India.

Why TikTok became a rage in India

TikTok was simple, easy to use, and most importantly, available in 14 Indian languages, which made the platform way more accessible than most of its peers.

Nikhil Gandhi, Head of TikTok, India, told YourStory, "TikTok has democratised the internet by making it available in 14 Indian languages, with hundreds of millions of users, artists, storytellers, educators, and performers depending on it for their livelihood, many of whom are first-time internet users."

Additionally, by being a fully video-based app, TikTok transcended India's literacy divide to great effect, reaching the country's nooks and crannies, and giving a voice to hundreds of millions of first-time internet users in Tier II, III, IV, and even V towns. In fact, some of the most interesting trends and hashtag challenges that take the world by the storm actually originated in TikTok India.

"TikTok inspires users deepest pockets of India to share their passion and creative expression. It is a place where everyone belongs, regardless of nationality, ethnicity, gender, or socio-economic levels," a company official told YourStory last year.

In just two years, India became TikTok's largest market with more than 200 million users. Towards the end of April 2020, when the China-headquartered application crossed two billion downloads globally, India was its biggest contributor. Prior to that, in 2019, India led the world in global app downloads, with TikTok being the most-downloaded one.

However, things started changing for TikTok over the last two months as the platform faced the ire of Indian users for its inaction against a flurry of objectionable content posted by teen users. It even led to a mass downrating of the app on Google Play Store, and a drop in new downloads in May.

Of course, concerns around the app's security and privacy continued to mount too.

All this culminated into a blanket ban issued by the government of India on 59 Chinese apps, including TikTok, WeChat, SHAREit, CamScanner, and others on Monday. As a result, TikTok was pulled out of Indian app stores. However, TikTok Lite, the data-light version of the app, continues to be available on some devices, but is likely to be phased out soon.

TikTok India, however, called it an "interim order" and clarified in a statement,

"The Government of India has issued an interim order for the blocking of 59 apps, including TikTok and we are in the process of complying with it. We have been invited to meet with concerned government stakeholders for an opportunity to respond and submit clarifications. TikTok continues to comply with all data privacy and security requirements under Indian law and have not shared any information of our users in India with any foreign government, including the Chinese Government."

Potential impact of the ban

TikTok was a means to livelihood for a large number of Indians in both metros and the smaller towns. To many, the platform provided overnight riches and stardom.

Some of India's most popular TikTok influencers are teens or those in their early 20s, who have gone on to amass whopping follower bases of 35-40 million. These creators are spread across interest areas, and earn based on video views. They are also regularly courted with lucrative endorsements and partnership deals with top brands.

Creators whose livelihoods depend on TikTok will naturally be the worst impacted. Reports suggest that several TikTok influencers have started posting pleas to users to follow them on other social media platforms like Instagram and YouTube. Brands, on the other hand, stand to lose out on a vast and easy-to-tap youth consumer market, which was not only quick to reach but cheaper to sell to.

"Top TikTok influencers are well-versed in local languages. Brands like Paytm, Vodafone, Cadbury, Fogg, Idea, Flipkart, etc., are already using them because within a small budget, brands get a great amount of awareness, leads, and ultimately sales. TikTok is a powerful platform with a lot of potential where trends start organically," according to influencer marketing agency HDK Digital.

It might be easier for brand marketers to switch to other platforms, but that will come at a greater cost. And in times like this, when several businesses are struggling to stay afloat, it could also mean a compromise on quality owing to shrinking marketing budgets or a complete boycott of influencer marketing efforts.

Meanwhile, for creators the ban is a stinging blow.

Mere migration to Instagram or YouTube doesn't guarantee success given how intensely competitive both platforms already are. Additionally, tailoring one's content to appeal to a significantly different audience base could take some doing. The TikTok ban essentially puts them on a path of financial uncertainty for now.

The post-ban statement issued by the company offers no clarity on TikTok's local office and employees.

TikTok India Director Sachin Sharma told YourStory last year, "Since we began operations here in 2017, our team has been growing. Overall, ByteDance has 500 employees in India, and this is projected to grow to over 1,000 by the end of this year, with 25 percent solely dedicated to content moderation."

Their fate hangs in balance until further notice.