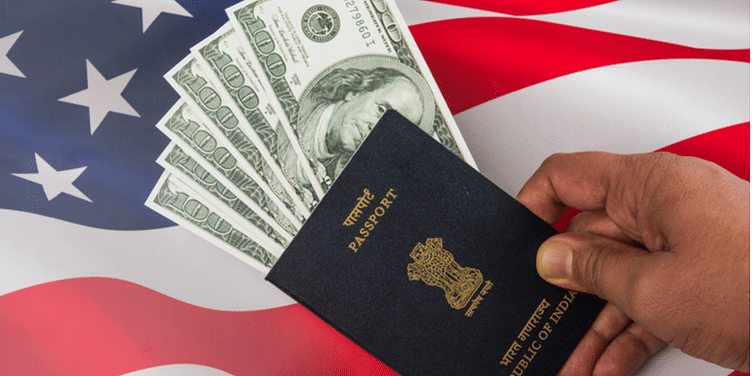 The order that comes into effect on June 24, is expected to impact several American and Indian companies who were issued H-1B visas by the US government for the fiscal year 2021 beginning October 1.

The US move to suspend work visas like H-1B till year-end may hurt the Indian IT industry's margins as they will have to resort to more expensive local hiring to replace Indians, according to analysts.

A section of analysts thinks that Indian IT companies which have been ramping up local hiring can aid them in mitigating the impact of this development.

US President Donald Trump signed a proclamation to suspend issuing of H-1B visas - popular among Indian IT professionals - along with other foreign work visas for the rest of the year, aimed at helping millions of Americans who have lost their jobs due to the current economic crisis.

The order that comes into effect on June 24, is expected to impact several American and Indian companies who were issued H-1B visas by the US government for the fiscal year 2021 beginning October 1.

"This proclamation will have negative implications for the Indian IT sector, particularly on margins...(we) believe companies with lower levels of locally hired workers will see a greater negative impact," a Goldman Sachs Equity Research report said.

The report noted that Indian IT outsourcing companies have been consistently working towards reducing their reliance on H-1B/L1 visas since 2017, and focussing on the locally-hired workforce to create more jobs in the US economy.

Centrum Broking IT analyst, Madhu Babu, however, said there would be no impact of the development on Indian IT companies' financial performance.

"The dependence of Indian IT companies on work visas has been coming down. With COVID-19, there are travel restrictions and it is not clear how many people would have travelled given the current circumstances. Also, people on H-1B visas in the US can seek extensions. So, we don't see an impact," Babu said.

On BSE, IT stocks of companies like TCS and Infosys were trading higher than the previous close.

India's largest IT firm Tata Consultancy Services - in its FY20 annual report - had said it has hired 20,000 people in the US in the last five years. Infosys too had committed to hiring 10,000 locals in the US.

In FY 2019, the total approved H-1B petitions for initial employment for the top seven Indian companies formed only six percent of aggregate 85,000 H-1B petitions subject to cap, as per available estimates.

The Goldman Sachs report said local hires account for as much as 45-70 percent of the employees in the US for the top five Indian IT service firms, reducing the dependence on H1-B visas.

It cited the example of Infosys, saying in FY2016, only 35 percent of the Bengaluru-headquartered company's US-based workforce was locally hired. This has now been ramped up to 63 percent.

Interestingly, US Citizenship and Immigration Services (USCIS) had in April said that nearly 2.75 lakh unique registrations were submitted during the initial registration period.

There were more than 40,000 registration accounts created, and nearly 81 percent of submitted registrations were for potential beneficiaries from India (67.7 percent) and China (13.2 percent), it added.

Apart from Indian IT companies, global tech giants like Google and others also hire Indians for high-skill jobs in the US.

The development comes at a time when the COVID-19 pandemic has disrupted businesses globally. IT companies have had to enable work from home for a significant portion of their workforce to ensure business continuity for clients.

Goldman Sachs said COVID-19 has led to significant changes in the delivery model for Indian IT companies from large concentrated delivery centres to distributed work from home arrangements, and in the medium-to-longer term, this is likely to make enterprises more comfortable with remote working arrangements and potentially increase offshoring.

TCS, Infosys and HCL Technologies were not available for comments.

Google CEO Sunder Pichai has also expressed disappointment over the proclamation and said he would stand with immigrants and work to expand opportunity for all. Human rights bodies, in particular those working among immigrant communities, as well as many American lawmakers have also urged Trump to revoke the suspension.

Industry body Nasscom has termed the proclamation as "misguided" and "harmful to the US economy" and said this could possibly force more work to be performed offshore since the local talent is not available in the country.