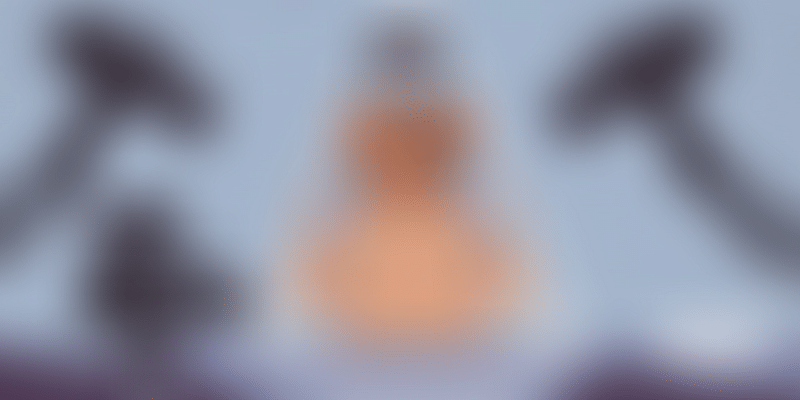 The coronavirus pandemic has been termed as 2020’s Black Swan event. Businesses big and small are floundering, revenues have been hit, economies are at an all-time low, and for startups, founders have been forced and pushed against the wall to make some tough decisions.

“Now is not the time to be popular. Don’t play to the gallery in times of crisis. It is time for tough calls,” advised Alok Goyal, Partner, Stellaris Ventures, in a learning panel moderated by Shradha Sharma, Founder and CEO, YourStory.

The current market conditions have created a sentiment of focusing on the basics and preserving cash in the entire ecosystem. Thus, the demand for the presence of a wartime CEO is greater than ever. According to a study by SBI Research, the Indian economy may face contractions by up to 40 percent.

It isn’t the first time we have seen an economic crisis; historically, there was the Great Depression of the 1930s, and more recently, the 2000 Dotcom bust followed by the 2008 Lehman Brothers crash. But this is different - it has something the others didn’t – the lack of visibility.

And in such times, investors believe that it is important to ensure that you do everything to make sure the business survives. Alok went on to add that there is a time to be peacetime CEO, but now is the time to be a wartime CEO.

This is a reference from the book ‘The Hard about Hard Things’ by noted Silicon Valley entrepreneur, investor, and mentor - Ben Horowitz. The other panellists Rutvik Doshi, Managing Director and General Partner at Inventus Capital Partners, and Prayank Swaroop, Partner Accel Partners, agreed with this sentiment.

While as an entrepreneur, it may be one of the toughest times to plan and make an AOP, Alok, Rutvik, and Prayank explain planning is still extremely important. If you don’t have a plan, you will have no idea of where you are moving.

In such a crisis, it is important to plan for different kinds of scenarios, which one may not have done in the past, as there are several variables at play.

“Businesses that were seeing $30 million in revenue before COVID-19, have been seeing zero revenues now.” added Prayank. The worst part of this crisis isn't just that businesses are recording zero revenues, it is that there is no visibility. Thus, this is a ‘war-time’ situation as most startups are focused on one thing – surviving the crisis.

As an investor, the only thing you can advise them is once the money leaves your bank account, it isn’t coming back. It is better to plan conservatively right now.

“There will come a scenario where you will go back and start spending and growing. It is like managing your house budget. It is better to be conservative and not pessimistic,” adds Prayank.

The time for change is now, and this includes changing mindsets and ways in which businesses and consumers are viewed. The focus should be single-minded.

Rutvik added, “The business of any business is to stay in business and sometimes harsh decisions have to be taken, some of them are unpleasant and they are hard, and give you sleepless nights. But at the end of the day, keeping your company alive is extremely important. Only when you keep it alive can you realise your dreams and aspirations at some point in time. They seem unpopular and seem unfair, but need to be taken.”

But what is the difference between ‘wartime’ and ‘peacetime’ in business? As mentioned in the book ‘The Hard Thing About Hard Things’, peacetime in business means the company can focus on expanding the market and reinforcing the company’s strengths. In wartime, a company is fending off an imminent existential threat. Such a threat can come from a wide range of sources – one being a dramatic macroeconomic change.

Both situations need drastically different management styles. “The company’s survival in wartime depends upon strict adherence and alignment to the mission,” quotes Ben Horowitz in his book.

However, the panellists also added that though it is important to understand what is needed for the business, but also ensure that your employees do not get demotivated.

Taking personal examples, Alok says, during the Dotcom bust, he was working in a firm in Silicon Valley. When the crisis hit, the bloodbath that followed was brutal. “I was the last employee to leave,” recollects Alok. In 2008, he was working for a large firm. While survival wasn’t an issue, the public markets were yet to be satisfied.

He said the company then took one big cut, and continued working. “It is important to understand and think of your employees in times like these. That one big cut hurt but we were able to bounce back,” says Alok.

This is important because multiple cuts end up making you bleed to death. As Prayank put it, “It shouldn’t be like you saved the company but you were the only person left.”

For example, Airbnb CEO’s note to his employees, Swiggy CEO’s note, and Ola CEO’s note to employees are noteworthy because they took a tough call in the most humane way possible.

While they took tough calls, they were as transparent as they could be – they ensured that the people did not blame themselves, which happens with most firings, focused on the company’s mission, revealed the decision-making process, and also went on to set clear guiding principles.

Control what you can

Why it is important to take these tough calls now is because many companies made decisions based on a plan for a future that looked different from what it is today. And if your revenues are down to zero there is no way you can support your cost structure and stay afloat.

The uncertainty of the times can be distressing and difficult. And the current pessimistic view is that the crisis is going to be there for 18 to 24 months. Rutvik adds in these months, there will be both negative and positive signals.

“Look inwards and identify the few things that matter. What are my employees going through? What is my cash balance? Stay focused on those things, your sense and purpose come back to you. The moment you focus on issues not in your control – that creates anxiety and despair,” says Rutvik.

“We can be very knee-jerk in our reaction. We need to think if this crisis is an opportunity. And be decisive,” adds Alok.

Making the tough calls to innovate

While in peacetime, a CEO will be looking to scale and recruit more people, in wartime, CEOs may continue to recruit but they also have to build functions and systems that execute layoffs. It is the wartime CEOs that help turn companies around in times of crisis.

Everyone knows it was Apple’s obsessive focus on user experience that made it one of the most successful companies in the world. But it was also Steve Jobs being a wartime CEO that orchestrated a turnaround for a floundering company.

When Steve Jobs had returned to Apple, with the company acquiring his NeXT, in 1997, Apple was close to bankruptcy. He went on to lead a completely historical recovery. The iPod was launched in 2007, iPhone in 2007, and iPad in 2010.

How did he manage that? When Steve again took over the reins of the company he founded, it had an array of products that were massive, had no clear strategy, and was losing money to the tune fo tens of millions of dollars every quarter.

Notoriously known for being a perfectionist, Steve ran Apple as if it were a small founder run startup till 2011. He is also known to have been a savvy negotiator, an important skill to hone during wartime.

Apple clearly needed someone to take tough calls and act decisively; in other words, it needed a wartime CEO. Steve ended up cancelling over 70 percent of Apple’s products and laid off more than 3,000 people. It was a tough and difficult call that earned him a lot of hatred. But it turned a $1 billion loss in 1997 to a profit of $300 million the following year.

He pulled off one of the major coups in the music world in 2003 by convincing the top five record labels to let the company sell their music on Apple, online.

Before succumbing pancreatic cancer in 2011, he gave his longtime deputy and now CEO of Apple, Tim Cook, only one advice to run the company – ‘Just do what’s right’. And true to his advice, Tim runs the company in a different way than Steve did.

In the current crisis, the economic turnaround can take 18-24 months. And with the lockdown slowly opening up, there are going to be cycles of ups and downs, and there will be both negative and positive signals.

Find what will stick

“Founders have to go three layers deep within their usage and customer data to really figure out PMF. There will be a surge, but it could be a pent-up demand that gives wrong signals. Are people using your product because they have no other option? Or will there be other options as well? So, it is important to understand the difference and read deeper,” says Rutvik.

Not all products are dying. We have seen that during this crisis, purely digital products are growing, like video conferencing platforms like Zoom, Houseparty, and several others.

This even includes ecommerce, as all the physical outlets have been shut and people are home and online, most online services will continue to thrive. Most ecommerce players have seen a surge, even of non-essential deliveries. Prayank explains even a category like jewellery is seeing a surge with online purchases.

“While not all of this demand will stick, even if 30 percent or 40 percent stays, we will see an upward trajectory of growth of users in ecommerce startups,” says Prayank.

The lockdown and the new normal has brought new problems – managing work-life balance, engaging teams remotely, mental health, infrastructure. All three investors believe it is a great time to come up with innovative ideas and solutions. They added, even for a product like Zoom, there are multiple use cases – official meetings, family get-togethers, friends chatting – each of these can be unbundled to create different products.