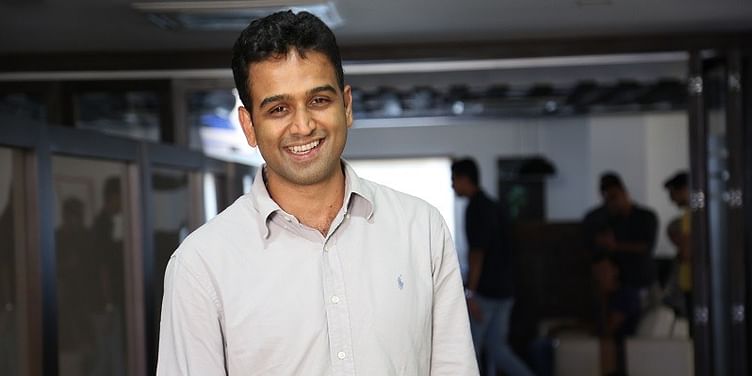 What are the key steps of scaling an organisation? How do you make those internal shifts and changes? Learn more from the journey of Nithin Kamath, Co-founder and CEO of Zerodha.

If you have just started up and are looking to scale your business, the Harvard Business Review outlines six areas new companies should focus on in order to grow and scale: new processes, experiences, features, customers, offerings, and models.

The report states that business growth has unnecessarily been complicated, and it really just boils down to these simple categories.

In fact, iPhone maker Apple focused on these points to drive growth: for new processes, Apple sold its stuff at higher margins; for new experience, it sold more of the same stuff, but focused on changing the experience of buying, and came up with the idea of Apple Stores.

Apple is best known for its sleek, modern products, and its top-of-the-class innovation. The company has been a disruptor in many well-established sectors and product lines, and that is what gives it the edge and ability to scale and grow easily.

Closer home, ﻿Zerodha﻿ is that company.

Nithin Kamath co-founded Zerodha, one of India’s largest tech-brokerage firms, with his friend and brother in 2010. He had started playing the stock market when he was just 17 years old.

“When we started, NSE was offering a free trading platform for traders, and we started using that as an opportunity,” Nithin said . The bootstrapped startup today has managed to scale with zero external funding, relying only on market traction for its trading platforms.

In a recent Masterclass, Nithin, in conversation with Shradha Sharma, Founder and CEO of YourStory, outlined some of the steps he took grow the company from 70,000 users to 2.5 million, over five years:

Bringing in transparency in pricing - a new process, offerings, and a new model

When it comes to financial products, most are opaque and lack transparency. Having worked as a trader, Nithin already knew that there were different consumer slabs when it came to asset management, and that high net-worth individuals were offered better services.

Zerodha wanted to change that model by pioneering the discount-broking model, charging a maximum of Rs 20 on futures, options, and intra-day trades. But the company did not want to change the cost of executive trading online – they wanted to merely bring in transparency, which they did by introducing a flat fee for every trade made on the platform.

The concept, at the time, did not exist in India – trading was limited to institutional investors and stockbrokers only.

Bringing in technology - a new experience and new features

After three years of building the platform, Zerodha found that their first competitor to enter the market had very similar offerings. The experience was an important lesson for Nithin, who realised that having an edge, or a differentiator, was extremely important to beat the competition.

The company then decided to rope in Kailash Nadh as its Chief Technical Officer, and focus on building a never-before-seen product.

The end goal of the process was clear: building a simple, easy-to-use investment and trading application for users, and creating a robust internal stack to allow stockbroking to operate at scale.

The platform has seen a 100 percent growth in concurrent users, which refers to people logging in at the same time. With over a million users every day, Zerodha’s user base has grown 50 percent to 60 percent.

“Finance is not what we are taught in schools and colleges. The only mode of saving most people know at the end of it is fixed deposits. This made it harder to add new customers,” Nithin said.

India does not have more than 300,000 to 400,000 people who actually speculate in the stock markets. To get more people to trade on the platform, Zerodha focused on building credibility and sharing knowledge.

“In the business of money, credibility is extremely important. A customer will easily go to a website and buy something for Rs 500, but asking them to save Rs 500 on a website is harder,” Nithin said. To help demystify the workings of the stock market, Zerodha built a knowledge and education platform called Varsity, with a special focus on capital markets.

“I have also been active in communities since 1998, and this, over time, has helped build credibility,” Nithin added.

Because of its well-rounded offerings, Zerodha has been able to find customers even during the coronavirus.

In a recent social media post, Nithin said: "Seeing this happen for the first time in my 15 years of broking. Account openings going through the roof after a crash in the markets, new customers being smart, not panicking and telling that it is a good time to start buying for the long term. It is unreal!"