How COVID-19 has affected the beer industry, reveals Kartikeya Sharma of AB InBev 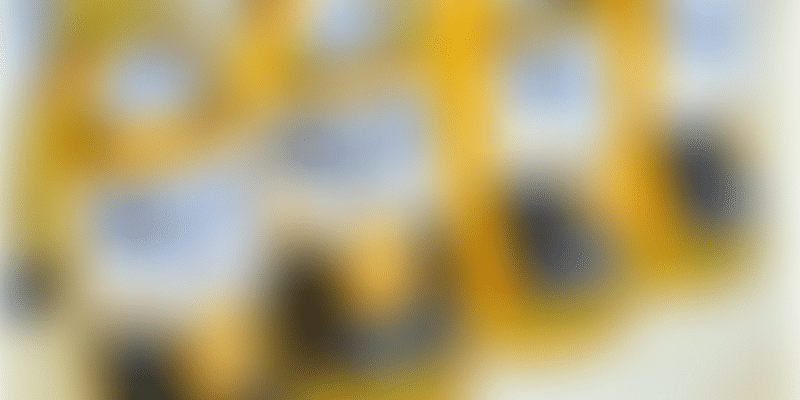 In an interview with YourStory, Kartikeya Sharma, President - South Asia of AB InBev, discusses the effects of the COVID cess on the beer industry, and how the government can help.

The nationwide lockdown to prevent the spread of coronavirus adversely impacted several industries, including alcoholic beverages.

In fact, there was a complete ban on the sale of alcoholic beverages during the first two phases of the lockdown. This was also due to the World Health Organisation (WHO) associating the consumption of alcohol to weakening of immunity, which makes people more prone to the deadly COVID-19. The decision has not only affected stores but also manufacturers.

“It had an adverse impact on the beer sector owing to the complete ban on the sale of alcohol,” Kartikeya Sharma, President – South Asia at Anheuser Busch InBev (AB InBev) told YourStory.

Eventually, the Centre eased restrictions during the third-phase of lockdown and many states reopened the liquor stores. However, a few implemented duty hikes — a COVID cess — between 10 and 75 percent, increasing the prices by a lot.

Additionally, beer is already taxed 60 percent higher than stronger spirits, despite its lower alcohol levels. Combined with the COVID cess, the price of beer in certain states has increased by more than Rs 100 per 650 ml bottle.

Kartikeya explains that the alcohol content in beer is between four and six percent, in contrast to 18 percent Alcohol by Volume (ABV) in wine and 48 percent in hard liquor like whiskey, vodka, and rum.

“Consumers stand to lose as this increase in price puts a significant dent in their budget. The price of beer has increased by more than 50 percent in Odisha, 35 percent in West Bengal and 25 percent in Puducherry. This, in turn, nudges consumers to opt for harder forms of alcohol, low-quality and low-priced products, as well as illicit or spurious liquor to match their budget, which can have a severe impact on their health and well-being,” he says.

As an alumnus of IIM Lucknow and Harvard Business School, Kartikeya holds strong expertise in unearthing key consumer insights and translating them into impactful sales and marketing plans. In an interview with YourStory, Kartikeya discusses the effects of the COVID cess in the beer industry, and how the government can help manufacturers reeling from losses.

YourStory (YS): How badly did COVID-19 affect the liquor industry?

Kartikeya Sharma (KS): While the easing of restrictions has brought some respite, the arbitrary move to introduce COVID cess has dampened industry prospects.

Consequently, as per early industry estimates, most states are seeing a dramatic decrease in the demand for beer — the volume sales of beer have plunged by as much as 60 percent to 90 percent across states like West Bengal, Odisha, Telangana, Rajasthan and Karnataka in May 2020 when compared to the same month last year.

While this is distressing for the industry, it has knock-on effects on the ancillary segments as well, especially farmers and the entire supply chain ecosystem with barley malt suppliers and logistics partners, leading to a loss in revenue opportunities, jobs and impacting the overall economy at large.

YS: How long will it take for the sector and AB InBev to recover from this slump?

KS: Summer is the peak season for beer, and we are witnessing a significant drop in sales across multiple states in the country. The prevailing duty hike, coming at an unpropitious time, has had a substantial impact on the beer sector.

Unlike what’s seen globally, the alcohol taxation structure is unfavourable to the product, making it pricier when compared to other alcohol options. The COVID cess adds cost burden on an already-expensive drink.

This short-sighted approach will not only result in a loss to the state revenue but also propel consumers towards consuming harder forms of alcohol, low-quality, low-priced drinks, not to mention the proliferation of illicit or spurious alcohol and bootlegging.

YS: How do you see the industry changing?

KS: Although the lockdown has presented multiple challenges to the industry, it has also opened opportunities such as the online sale and home delivery of alcohol. With social distancing a part of our new reality, enabling the ecommerce model for the sale of alcohol by various states like Chhattisgarh, West Bengal, Maharashtra, and Punjab is a step in the right direction.

These interventions have laid a strong groundwork that will shape the future of the industry. A successful implementation of this model will predicate on strong regulations and due diligence to ensure we serve only consumers above legal drinking age and we believe we have the right foundation in place for this.

In-home consumption of alcohol beverages is also on the rise due to the current circumstances and we also anticipate an initial reluctance of social gathering across on-premise channels like pubs, bars, and restaurants. We will continue to closely monitor and understand the consumer consumption pattern across this channel.

KS: The prevailing COVID cess has a substantive impact on the beer industry. As per the current excise structure, liquor is not taxed based on alcohol content, but rather volume and price.

Low-alcohol content drinks like beer, cost at least Rs 100 more per 650 ml bottle. This massive gulf in pricing is manifested in the consumption patterns too – consumers in India have a stronger propensity for spirits with beer constituting only eight percent of the total pure alcohol consumed.

Coupled with complicated regulations and prohibition in a few states, this has led to the beer industry’s stagnated growth over the last few years. The beer industry will take considerable time to recover. It is inconvenient and ill-timed for the beer industry.

YS: Beer has always been considered a ‘drink for all’. Do you see that changing with the hike in duty?

KS: Absolutely! With the introduction of the duty hike, the price of beer has increased by nearly Rs 100 on a 650 ml bottle in some states and this poses a huge challenge not only to businesses but also to consumers. It pushes consumers away from a recreational and moderate alcohol beverage such as beer.

YS: How can the government help the industry?

KS: We are hopeful that state governments and lawmakers will reconsider this decision on COVID cess in the larger interest of the health and well-being of its citizens. Also, following the example of many developed countries, we should design a reformed policy where alcohol is taxed based on the alcohol content, and not at a flat rate as exists currently, which will ultimately benefit the states, the consumers and the industry.

To accelerate growth for an otherwise crippled sector, the government should explore the possibility of delinking the beer sector from the hard liquor industry along with introducing a central taxation policy.

One state in India, in particular, has led the way on cementing this distinction between beer and hard spirits. The Haryana Excise Department unveiled the new alcohol policy for the fiscal year that reduced the taxes on beer and wine.

The state government in its policy also included a salient ‘super mild beer’ category with a fixed excise duty taking into consideration the alcohol by volume content with an aim to provide low-alcohol content beverages (beer and wine) significant momentum in the state and make them accessible.

YS: At AB InBev, what kind of measures are you taking to fight this unforeseen economic hit? Are job cuts a possibility as well?

KS: Our people are our greatest strength and we have put in place various measures to ensure they feel safe and are in a good state of mind during these uncertain times. We are continuously monitoring the situation and are taking interventions to drive innovation, ensure business continuity and collaboration within our teams.

To elevate the experience of our people who joined our Summer Internship Programme, we pivoted to a virtual model, leveraging technology and the power of connection, to ensure they have access to all the necessary tools, resources and leaders, and make the most of their internship.

Our Global Capability Centre or GCC, headquartered in Bengaluru, recently introduced a work from home initiative to ensure our people have the basic infrastructure at home to work without affecting their physical well-being.

This saw more than 400 employees receive ergonomic chairs so that they are able to work comfortably. We also have instituted a WFH arrangement to facilitate open discussions between colleagues to improve our work and life integration as we adapt to the new normal.

Our objective is to empower and equip our people with the right support they need to power through during this difficult time. It is in times like these we have to remember that we are one team and we want to build on our strengths to get through this together. We firmly believe we are here for the next 100 years and look forward to come out stronger as one team.