How COVID-19 brought out the significance of ecommerce in India 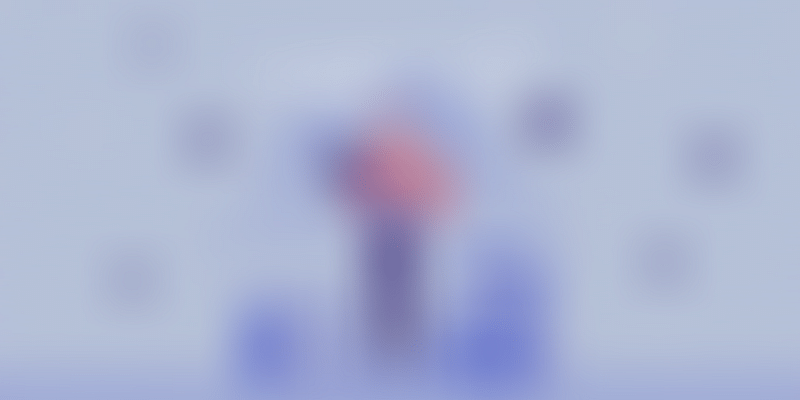 COVID-19 has resulted in more consumers shopping online. Now, it remains to be seen how the ecommerce industry meets the expectations of the ‘new normal’.

COVID-19 has changed the way the world thinks, and personal hygiene and social distancing have emerged as top priorities. As a result, online shopping has become not only a necessity but more of a lifestyle change as we adjust to the new normal.

The pandemic is a sort of inflexion point for the ecommerce industry in India as more consumers are now willing to shop online.

“COVID-19 has caused an inflexion in ecommerce penetration globally driven by consumers’ need for safety and convenience and even in India, online is gaining salience. We expect India’s ecommerce growth story to be inclusive — one that empowers sellers and consumers both,” said Bain & Company, in a joint report with Flipkart titled How India shops online, and authored by Arpan Sheth and Shyam Unnikrishnan.

The early signs of the Indian ecommerce industry being on a favourable wicket to handle COVID-19 environment are noticeable with some of the leading players in the sector unveiling their online shopping bonanza. Myntra held its End of Reason Sale (EORS) between June 19 and 22 while Flipkart and Amazon have already unveiled their sale campaigns cutting across categories such as mobile phones, grocery, furniture to name a few.

This trend is not visible among the offline retail players as there are restrictions on the movement of people as well as hesitancy among consumers to shop in such locations. The footfalls at malls have also drastically reduced due to COVID-19.

The Indian retail industry is estimated to be worth around $800 billion, but the penetration of ecommerce is only around 3.5 percent, indicating a big headroom for growth. Today, the country has two major ecommerce marketplaces – Flipkart and Amazon — and other small ones catering to specific verticals like apparel, grocery and food, personal care, among others.

The COVID-19 pandemic has actually led to a scenario where consumers are looking to shop for basic necessities and groceries online.

Ankur Bisen, Senior Vice President – Retail and Consumer Products, Technopak, says, “Prior to COVID-19, ecommerce in India was driven by consumer electronics and fashion. Now, consumers ready to shop online for food and essentials, and it is ready from a demand point of view.”

He highlights this point as food and other essentials form the dominant part of India’s retail industry.

Devangshu Dutta, Chief Executive of Third Eyesight, says, “The lockdown has certainly provided ecommerce a unique environment to expand its footprint, but the first several weeks saw them falter due to lack of product availability as well as breaks in the supply chain.”

He adds, “The coming months may be a better opportunity, since customers will still want to minimise exposure in public places, in spite of sanitisation and precautions taken by shopping malls and stores.”

This would also mean that the ecommerce industry in India will have to rise to the challenge of catering to the growing demand.

The industry did face certain challenges in the initial days of the lockdown due to a shortage of personnel, goods, and lack of clarity from a regulation point of view on what will be permitted or not. Now, the situation seems to have stabilised and players have seen an uptick in demand.

Unicommerce, a SaaS-based ecommerce platform, in a recent note said, “The ecommerce sector recovered by over 90 percent as compared to its pre-lockdown order volume. It noted that the recovery was much faster than anticipated.”

This sentiment has been shared by different ecommerce players.

Paras Fatnani, Founder of Honey Twigs, which retails honey-based products says, “We have seen increased demand in online. Our segment sales for both (offline and online) have gone up month on month by 20 percent in May and June when compared to the prior three months.”

Similarly, Manish Chowdhury, Co-founder of Wow Skin Care, says, “Our revenue run rate for the quarter has grown by four times because online orders have increased. We are on an ARR Rs 500 crore this year and people have taken to ordering online from Tier-III and beyond.”

This could also mean that the Indian ecommerce industry is likely to be poised for faster growth in the coming years. The Bain & Company report noted, “The Indian e-retail market is primed to reach nearly 300 to 350 million shoppers over the next five years — propelling the online Gross Merchandise Value (GMV) to $100 to 120 billion by 2025.”

Hence, the ecommerce industry in India is projected to grow at 30 percent compounded annual growth rate (CAGR) over the next five years.

In such a scenario, there is likely to be a set of changes sweeping across the retail industry for both offline and retail. It is very unlikely that one form is going to dominate anytime soon.

Ankur says, “The debate should now stop about how much is brick and mortar and online. Modern retail will now have to adopt digital commerce.”

It is the same for leading ecommerce players like Amazon and Flipkart in India, who have also undertaken a strong engagement with the offline segment especially the kirana stores. It is clear that both these formats need to co-exist.

Amazon recently launched its project code-named ‘Local Shops on Amazon’, this is expected to help customers get products from local shops while helping shopkeepers supplement their footfalls. Flipkart has already partnered with around 37,000 kirana stores, of which 12,000 are in what it calls authorised BuyZones, and close to 25,000 of them are in last-mile delivery activities.

At the core of it, is the focus on data and customers for both the kirana stores and the ecommerce companies.

Devangshu says, “In spite of India being, overwhelmingly, a physical retail market, ecommerce companies certainly have an opportunity to push their contactless model and nibble away market share from physical retailers, or even partner with them for seamless online-to-offline or offline-to-online model.”

Outside of the large horizontal ecommerce marketplaces, there are other independent brands which have created their own niche spaces in digital commerce and are only keen to strengthen their presence.

Vikas Lachwani, Co-founder of mCaffeine, a personal care brand whose online sales has gone up amidst COVID-19, says, “As a brand owner, I would think increase in sales is not the measure of success. I would rather think of increasing customer stickiness and their loyalty towards the brand.”

This would be a learning for all the direct to consumer brands as they will have to further invest in digital technologies and other infrastructure to retain that strong connect with the consumers. It would also mean that the traditional large format retail or even the standalone stores will have to reinvent themselves to attract the consumers.

Ankur believes offline shopping as an activity is unlikely to ever go away especially in a country like India and this will involve a lot of discretionary spending.

“Stores will have to become smarter, improve retail efficiency using technology so as to make themselves inviting and engaging for the consumers,” he says.

At the same time, pure-play ecommerce companies will also have to constantly innovate to retain the level of engagement.

The Bain & Company report states, “As e-retail evolves, platforms are trying to increase their number of consumer touchpoints to gain a greater customer mindshare. Top e-retail companies have started to develop ecosystems that combine their core e-retail business with sticky customer services such as video streaming, gaming, booking, and payments in a single platform or application.”

“Ecosystems attract a huge customer base which, in turn, attracts retailers who want easy access to a critical mass of consumers. And customers gain a one-stop-shop for all their needs,” it notes.