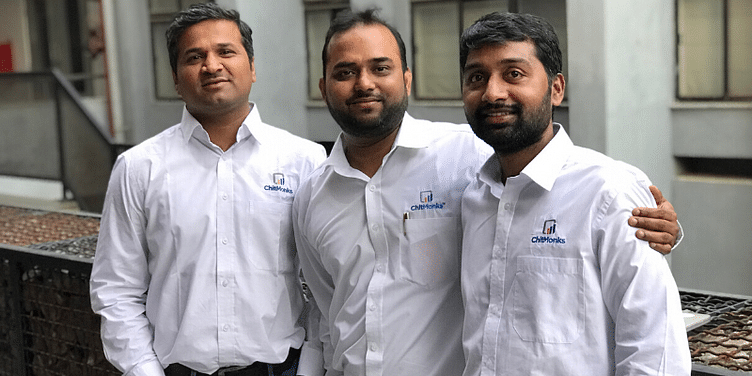 ChitMonks uses blockchain technology to develop solutions for the chit fund industry which allows for higher transparency and better efficiency.

﻿ChitMonks﻿, the Hyderabad based blockchain startup with focus on the financial services industry, has raised $650,000 in pre-Series A funding round from Unicorn India Ventures.

The funds raised by ChitMonks will be used for product development, market expansion, strategic hiring, and further investment in scaling up the current business.

Unicorn India Ventures is an early-stage VC firm and this latest announcement is the second investment from its Rs 400 crore Fund II, according to a press release.

Blockchain: A New Way To Think About Accounting

Founded in 2016, ChitMonks has developed a blockchain-based product to allow the state government regulators to administer chit fund operations on a private permissioned blockchain network.

According to the startup, it is extending its services to chit fund companies of any size and anywhere in India, by digitally enabling them with process efficiency (payment collections, online auctions, eKYC, eSign etc), better underwriting (bank statement analysis, credit profiling, and credit liabilities), and making their offerings more inclusive.

Bhaskar Majumdar, Managing Partner, Unicorn India Ventures, says, “Even before the current COVID-19 scenario, we saw the potential in ChitMonks to revolutionise the current antiquated system of the chit fund industry by bringing the whole ecosystem online. It is in-line with our philosophy of investing in businesses which can digitise current processes and make them more transparent and accessible.”

Chit fund as an asset class has a large customer base across the country. According to ChitMonks’ research, there are about 30,000 registered chit fund companies in India, which are operating registered chit fund business with approximately 1,50,000 crore AUM (Asset Under Management).

Pavan Adipuram, Co-founder and CEO, ChitMonks, said, “Based on our research in the fintech space, we believe that foundational technologies like Blockchain for fintech products were redefining the trust and transparency at a new dimension. We believe that such technologies can redefine chit funds industry.”

Unicorn India Ventures is a Mumbai-based fund house started in 2015 by Anil Joshi and Bhaskar Majumdar. The Fund House has also launched a UK-India cross border fund for funding UK startups looking to enter India and have invested in six UK startups so far.