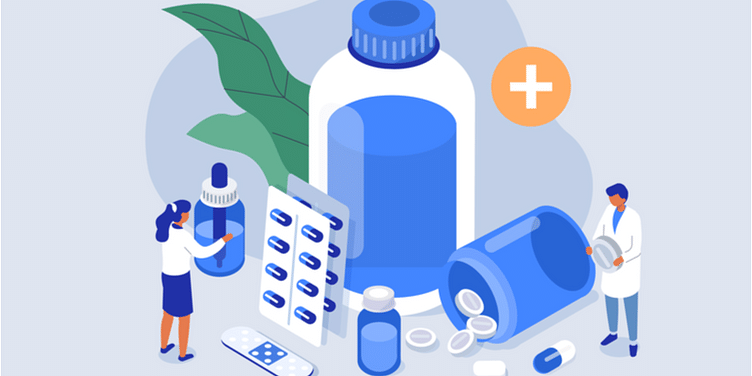 In line with the vision of Prime Minister Narendra Modi, the schemes have been conceptualised for making India Atmanirbhar in the pharma sector.

The government on Monday released guidelines of four schemes for the development of bulk drug and medical device parks across the country to promote domestic manufacturing.

These schemes of the Department of Pharmaceuticals were approved by the Union Cabinet in March this year.

"In line with the vision of Prime Minister Narendra Modi, the schemes have been conceptualised for making India Aatmanirbhar in pharma sector," Union Minister of Chemicals and Fertilisers D V Sadananda Gowda said in a press conference.

The objective is to make India self-reliant in the production of 53 critical active pharmaceutical ingredients (APIs) or key starting materials (KSMs), and in production of medical devices, for which India is crucially dependent upon imports, he added.

The coronavirus crisis has exposed the weakness in global supply chains and posed threat to the health security of the country, Gowda said.

While proactive steps by the Department of Pharmaceuticals and the National Pharmaceutical Pricing Authority ensured a steady supply of medicines, and prevented any shortage even during the lockdown, it was felt that domestic capabilities in the production of APIs and medical devices have to be ramped up in order to eliminate any risks to the health security, he added.

"The details of the schemes have been drawn up meticulously after having in depth consultations with stakeholders including industries and state governments. The selection of their location will be based on objective criteria, and in spirit of competitive federalism," Gowda said.

Similarly, eligible manufacturers will be selected for the PLI scheme on the basis of marks obtained in the evaluation criteria as per the guidelines, he added.

"Supported by both central and state governments, these parks will be based on plug and play model with prior regulatory approvals, state of the art infrastructure, excellent connectivity, affordable land, competitive utility charges, and strong R & D ecosystem and so on," Gowda said.

This will significantly reduce time and investment cost for setting up new manufacturing units. In addition, new units will be eligible for Production Linked Incentive (PLI) scheme of the government, he added.

"I am sure that these schemes will elicit a good response from interested companies. These parks will be able to attract significant investment as well as latest technology. Once operational, in about two to three years, these parks will generate thousands of direct and indirect jobs, reduce import dependency and, make India a global pharmaceutical hub," Gowda said.

The idea is also to cement India's position as global drug supplier. As already known, in spite of various odds, India supplied critical medicines such as hydroxychloroquine and paracetamol to a number of countries, he added.

"Currently valued at around $40 billion, pharma sector can reach $100 billion by 2024 given the right support, and thus help achieve the PM's goal of making India a $5 trillion economy by 2025. I am of a firm belief that these schemes will prove to be a turning point for the pharma industry," Gowda said.

According to Indian Drug Manufacturers' Association (IDMA) Executive Director Ashok Kumar Madan, the industry has been waiting for these guidelines.

"Given the right implementation, India can aspire to be self-reliant in APIs/KSMs in 8-10 years time," Madan told PTI.

The industry's wish is to also have the government support to utilise the idle capacities of the medium API units with a blanket permission from environmental approvals subject to their complying with the overall pollution loads, he added.

This will help the production of listed APIs in shortest possible time and also prevent these units from becoming non-performing assets, Madan said.

"We also look forward to an early announcement of the Pharma Technology Upgradation Scheme to upgrade the medium units from Schedule M To WHO GMP," he added.