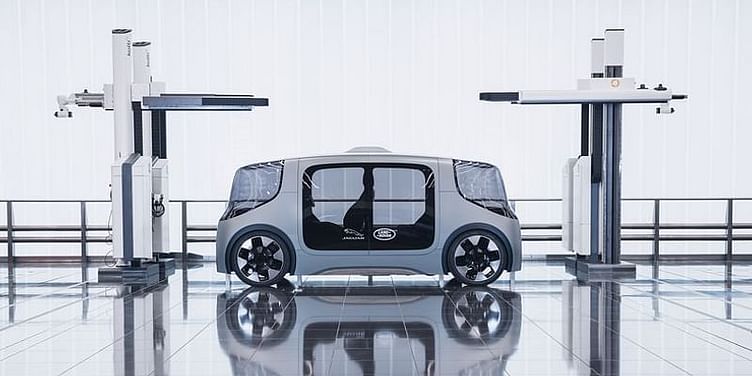 Jaguar Land Rover, owned by the Tata Group, worked with the University of Cambridge to develop these applications for a contactless future of mobility.

Just as when Ratan Tata, Chairman Emeritus of Tata Sons, was talking about how COVID-19 has impacted businesses globally and why entrepreneurs should not give up hope at YourStory Leadership Talk, Jaguar Land Rover (JLR) announced that it developed a new contactless touchscreen technology in partnership with the University of Cambridge.

According to JLR, this technology will help keep drivers’ eyes on the road, and reduce the spread of bacteria and viruses in the post-COVID-19 world.

“As countries around the world exit lockdown, we notice how many everyday consumer transactions are conducted using touchscreens: railway or cinema tickets, ATMs, airport check-ins, and supermarket self-service checkouts, as well as many industrial and manufacturing applications. Predictive touch technology eliminates the need to touch an interactive display and could, therefore, reduce the risk of spreading bacteria or viruses on surfaces.”

Making money is not bad, but it must be done ethically, says Ratan Tata at YS Leadership Talk

The patented technology, known as ‛Predictive Touch’, uses artificial intelligence and sensors to predict a user’s intended target on the touchscreen. So, whether it is satellite navigation, temperature controls or entertainment settings – one can operate the console without touching a button.

This is part of Jaguar Land Rover’s Destination Zero vision which aims to make vehicles and the environment cleaner and healthier.

According to the company, Predictive Touch is the future of mobility. Jaguar Land Rover has built the infrastructure to support autonomous vehicles through its programme called Project Vector, which has the mission to raise the quality of future urban living. It has been developed at the National Automotive Innovation Centre to gain the advantages of working with agility and close collaboration with academic and external partners.

Through this project, JLR is collaborating with the brightest minds in academia, supply chain, and digital services, to create connected and integrated mobility systems

JLR had tested this technology in the lab where tests showed that it could reduce a driver’s touchscreen interaction, effort, and time by up to 50 percent, as well as limiting the spread of bacteria and viruses.

The technology uses artificial intelligence to determine the item the user intends to select on the screen early in the pointing task, thus speeding up the interaction. A gesture tracker uses vision-based or radio frequency-based sensors, which are increasingly common in consumer electronics, to combine contextual information such as user profile, interface design, and environmental conditions with the data available from other sensors, such as an eye-gaze tracker, to infer the user’s intent in real-time.

This software-based solution for contactless interactions has reached high technology readiness levels and can be seamlessly integrated into existing touchscreens and interactive displays, so long as the correct sensory data is available to support the machine learning algorithm.

Professor Simon Godsill from Cambridge University’s Department of Engineering led the project. He added: “Touchscreens and other interactive displays are something most people use multiple times per day, but they can be difficult to use while in motion, whether that’s driving a car or changing the music on your phone while you’re running. We also know that certain pathogens can be transmitted via surfaces, so this technology could help reduce the risk for that type of transmission.”