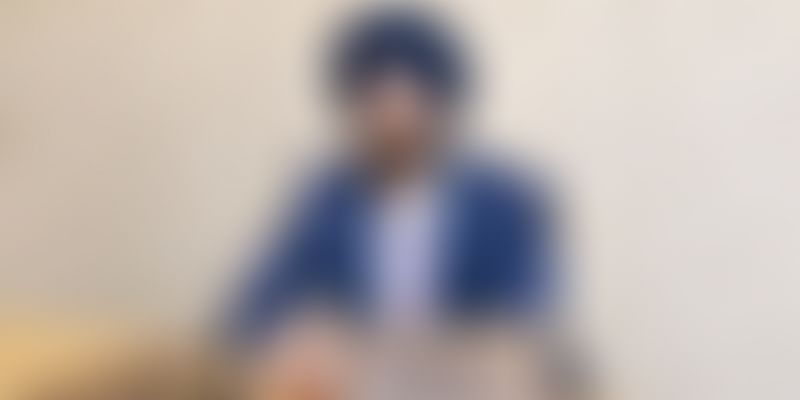 In the latest episode of 100x Entrepreneur Podcast, Ishpreet Gandhi, Founder of Stride Ventures, talks about the emerging role of venture debt in India’s startup ecosystem.

Ishpreet Gandhi, Founder and Managing Partner at Stride Ventures, has worked on debt funding for a major part of his career. The alumnus of Delhi School of Economics has worked with several banks, including Kotak Mahindra, IDFC, Standard Chartered, Citibank, and YES Bank.

Ishpreet took the venture debt fund route in December 2019, when he founded Stride Ventures. Its portfolio companies include Stellapps, CredR, LetsTransport, and Avanti Learning, among others.

In the latest episode of 100x Entrepreneur Podcast, a series featuring founders, venture capitalists, and angel investors, Ishpreet spoke to Siddharth Ahluwalia on the emerging role of venture debt in the startup ecosystem.

Ishpreet started his career with Standard Chartered, about 15 years ago. There, he mostly worked with small and medium enterprises, companies generating up to Rs 250 crore or $30 million in revenue.

His stint at Standard Chartered taught him to deal with SMBs, after which he moved to Citibank and into commercial banking. At Citibank, he started dealing with companies comparatively larger, in terms of revenue.

“Business movement happens there and, for a banker, it is always good to associate with corporate clients,” he says.

Ishpreet next went to Kotak Mahindra where he took care of the multinational corporates' vertical. This was his actual introduction to private equity-backed companies. He joined YES Bank to lead the MNC vertical, and started dealing further with VC private equity funds.

It was in 2015 that he started thinking about supporting companies by providing them with working capital finance. “It was the time when Sequoia (Capital) was just entering BIRA with a Series A transaction. The company’s revenue was not enough for a traditional bank line. That was the first introduction to debt for venture capital-backed companies for me,” he recalls.

After his stint at IDFC Bank, Ishpreet founded Stride Ventures in 2019.

While the venture debt market is very mature in the West, the ecosystem is still under-penetrated in India.

“There is a great opportunity to work closely with founders, give them debt, and protect their dilution. At Stride, we typically do not only work on transactions... We distinguish ourselves in terms of working closely with the business, understanding the requirements -- whether it is receivable financing, inventory financing, or capital expenditure,” Ishpreet says.

“Rather than deploying equity, we have preserved equity and used debt for that,” he adds.

Stride Ventures also works closely with banks for customer profiling. Ishpreet says the firm differentiates itself from other venture debt companies as all team members have a banking background. Stride Ventures is not only involved in the lending process for companies but works closely with banks to create a larger presence in the financial ecosystem.

The firm usually onboards an institutional investor before investing in a company. “The reason for this is that we generally look at revenue-oriented companies. Institutional investors bring in the capital and the discipline or corporate governance to ensure that the company has reached stability before looking at debt,” Ishpreet says.

While debt may look attractive in terms of dilution protection, it comes with the obligation to repay. Debt can be substituted with equity but companies need to have sufficient cash flows to repay the debt. This is why Stride Ventures comes in mostly around Series A, or later as an institutional investor.

Stride Ventures is at present sector-agnostic. Ideally, it provides debt for 12 to 18 months. The founder needs to decide if they can depend on equity investors or debt, or can combine the two.

For example, “If a company that has raised Rs 150 crore of equity, and ends up taking Rs 10 crore Rs 15 crore of debt, the business itself will be able to repay the debt”, Ishpreet says. The problem arises when a company ends up taking more debt than equity, or when the leverage is so high that repayment becomes an issue.

Ishpreet adds that debt can be taken for inventory funding and capital expenditure. Equity can be used for burn or growth of the company.

“Venture debt should not be only be looked at traditionally as support to just protect the dilution. There are a lot of synergies if you use it judiciously with bank support and venture debt together,” he says.

Going ahead, Stride Ventures wants to explore debt funding in SaaS businesses. “As per our criteria, the business should have validation in terms of revenues,” Ishpreet says.

In the next two months, Stride plans to make a couple of announcements of transactions they have been a part of. These will be in sectors of education, fintech and agritech. Additionally, the company is also interested in exploring B2B supplies and healthcare.

Raising a debt round

Stride Ventures specialises in bringing banks as a debt instrument. Citing the example of an undisclosed company that Stride recently funded, Ishpreet says Stride co-lent debt with a bank at an interest rate of around 12 percent.

“Our natural financing is mid-teens while banks are the lower end of the spectrum. So, we have signed some MOUs and done some partnerships with banks to build the entire case for them,” he says.

Ishpreet says that the reason why they co-fund with banks is because it not only provides an ecosystem for startups to reduce the cost of financing, but aligning with banks also enables startups to use banks for different use cases. If a startup is building a finance product for the end customer, or if it has to provide finance to its stakeholders, they would start associating with the bank with the startup.

He reveals that Stride Ventures is also looking at financing with foreign banks. With most companies wanting to establish offices in Singapore and the US, besides their India offices, Stride has been trying to build cross-border synergies.

Having said that, there are a couple of risks in the business of debt financing. There is a chance that the startup runs out of cash. In such cases, repayment becomes an issue. If the business does not do well, the venture capital will be at risk.

Since venture debt capital is heavily dependent on equity investments to bail it out, the former is more concerned with cash flows. “From that perspective, we are very prudent about what businesses to fund,” Ishpreet says.

From the returns perspective, Stride Ventures gets warrants anywhere between 15 and 20 percent of the debt amount. “We typically target a return of 20 to 22 percent,” he adds.

As a part of its financing, Stride also gets a board observer seat.

Ishpreet says there are varied perceptions about venture debt; some believe it is a high-risk business, while others consider it low risk. India is still very under-penetrated, but has huge potential.

“In the next five years, all of us existing players (in the venture debt space) will step up and support the (startup) ecosystem. I think it is very important to work closely with the banks, it would really go a long way. For companies that want to build scalable models, venture debt can play an important role,” Ishpreet says.