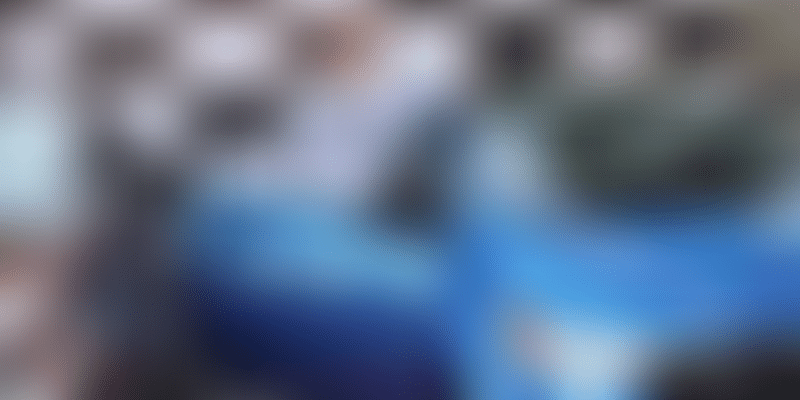 Looking to raise your first round of funding? But do not know what works and what doesn’t? Here are some stories on how startups were able to clinch the deal and what steps they believe founders should take during fundraising. This time we cover Zoomcar.

"Not every startup necessarily has to follow the lean startup model to succeed. When I met Eric Ries, (author of the book The Lean Startup), he stated that ours was an operationally intensive model and wouldn’t be successful. He categorically said this idea and business wouldn’t succeed. So I would tell most entrepreneurs, understand your business in the market, and then see what works and what doesn’t,” says Greg Moran, Co-founder and CEO, Zoomcar, the Bengaluru-based vehicle rental startup.

He adds that the lean startup model is one factor that ensures investment in your startup, and its success. Greg says people can put founders and businesses in a box and say one template works and one doesn’t. One size fits all rule cannot apply to startups and founders.

“If you look at SpaceX and Tesla, they are among two of the most successful startups of the last 20 years, and they aren’t lean startups as per the definition goes. There is nothing lean about them,” says Greg.

Skin in the game

Greg and David Back, who studied together at the University of Pennsylvania, had come to India from the US to start a business and had zeroed in on the idea of Zoomcar. Like for any startup across the globe, when Greg and David came up with the idea of founding a car rental startup in India, they had one thought in mind – ‘can we fund this idea ourselves?’

The duo initially pooled in Rs 45 lakh of their personal finances for market research, making an initial basic lightweight app, and travel. However, soon they needed capital to set the business. David is no longer a part of Zoomcar.

“This funding, after you put in your capital, comes from your closest network of friends, family, colleagues, and friends and family. It is rare for a first-time founder to move immediately into venture funding. The number of people who do that is significantly fewer,” says Greg.

For the first 18 months, Zoomcar had no venture capital money. They had raised $2 million through their network of friends and family, after pooling their own resources.

For Greg, the fundraising process was different and more difficult.

“I am not from India, so there was an initial reticence. People wanted to see if I truly was serious about setting up and building a business here or not. Many people in the US were incredulous as to why was I looking at India. And then many were like you aren’t Indian, how can you do business in India? So raising capital was difficult. It was a double-edged sword, the VCs in India and the US were wondering ‘why?’ Many wondered if I would continue staying in India. But I realised soon that people are investing in you – the person – before the company,” says Greg.

He adds that what most founders do while talking to friends and family, they simultaneously reach out to VCs as well. You are trying to get a foot in the door, and build a relationship with someone who can invest in you later.

“My first call with Sequoia Capital was in December 2011, when we had just started thinking of the business,” says Greg. Greg adds getting the initial funding from the VC can take a while. It, therefore, is important to lay early foundations and speak with as many people as possible.

“There is nothing sequential about laying this early foundation. It isn’t like you raise money and then start building relationships with the venture capitalist, or during the process. You need to do it in parallel. No matter what is said or done, relationships are the key. Ultimately, the investor is investing in you first,” explains Greg.

Pitch yourself and then your business

It is important to understand the motivations of starting up. Greg adds that in the early stages, the investors want to see ‘demonic resilience’ and you being obsessed with the idea and the business. “You need to need to communicate that well,” he says.

On the business side, the investor will want to understand the market, so have a clear narrative about the market as well — its history, present scenario, and what the future looks like, all based on the trends.

“Talk a little bit about early adoption, or what the expected adoption is, and then you talk about economics. Here you give the core commercial details like overall P&L, what your unit economics look like and transactions at a unit level,” explains Greg. It is also important to show some form of projection – profit, revenue, and growth. It is also important to talk about the team, what sets them apart, and how they are going to execute your grand vision.

“This is what every investor across the globe wants to see, and even if there is one weak link or lacking, you aren’t going to get the funding,” says Greg.

What can you do better?

In retrospect, Greg says in the early stages, they possibly could have showcased the market opportunities in different dimensions. “While we did showcase a large market, the way we could have done was showcase it as a much larger market,” he adds.

Greg says initially they only dimensioned the markets for car sharing, but not for two-wheelers, or software and IoT solutions that Zoomcar is now building. He advises entrepreneurs to take a more holistic view of the market and space.

It also helps to plan early on. “I think a lot of entrepreneurs miss this out, I personally didn’t focus then on the broader LTV - lifetime value, and how the user economics will evolve,” says Greg.