Smart Glass from Ernakulam: how this startup aims to change the way we work 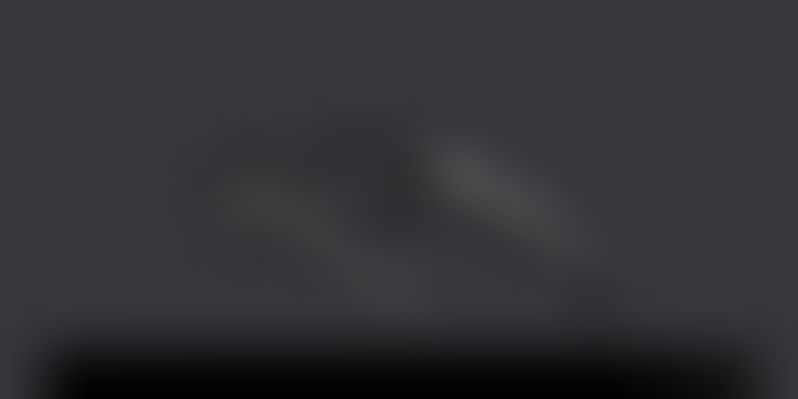 Rohildev Nattukallingal has spent the last three years building the hardware of Nimo – a pair of smart glasses that could change our workspaces.

All it took was one virus to change the world. It didn’t just change the way we socialise, but also how we work. A large part of India’s corporate sector is working from home. Our workspace is our room, and the office our laptop screens.

However, we still depend on physical and bulky devices like laptops, mobiles, and TV screens to carry out our work. But with the changing world, the way we work needs to change as well. Enter smart glasses which have the potential to replace all the screens.

Silicon Valley and Ernakulam-based startup ﻿Nimo Planet﻿ is building a new-age computer for 21st-century professionals. The startup envisions to replace everyone’s physical, multiple-monitor, and stagnant desktop setups with a pair of smart glasses that allow users to access more than six work space screens at once, each virtual screen up to 60 inches wide at a three-meter distance.

"Best of all, it’s an office space that you can carry everywhere – from the train to the plane to the cafe. The two major areas we are focusing on is the elegantly designed Nimo Glasses, and the other one is anew operating system we call Planet OS. Planet OS is designed to support thousands of existing productivity apps," Rohildev Nattukallingal, Founder of Nimo Planet, tells YourStory.

Planet OS instantly converts existing Android apps into a multi-window experience without making any changes in the apps. This opens up a wide opportunity to deploy Nimo into organisations without modifying their existing software system. Nimo also extends or mirrors the screens of devices like laptops and smartphones.

His current team includes Financial Officer Jithesh Thayyil, Chief of the OS - Fenil Paul, Chief of Android - Shinil M S, and Dona Mariam – Business Development Officer. The startup has advisors such as Ritesh Malik, Founder and CEO of Innov8 Coworking, who is also the investor.

He was joined by investors and advisors Ravi Linganuri and Raghu Linganuri, right from the startup’s early days. The other advisor is ex-CEO of Upwork Stephen Kasriel, who is also the Co-Chair - Global Future Council at World Economic Forum. Rohil has also roped in Aneet Chopra,ex-Intel AR/VR Business Head and VP - Corporate Business Development at XMOS.

With this advisory team, Rohildev wants to change the way people work at home.

"The world is moving towards remote and flexible workspaces. But there are key challenges to developing effective mobile productivity. On one hand, small screens limit productivity on the go and conversely, it takes high cost to set up a physical workspace, which is not portable. More importantly, there is no privacy. For the new world, we need a new computer designed to help people work from anywhere, effectively and securely," says Rohildev.

The startup does not want to disclose the investments made so far.

The pandemic has forced a titanic shift in corporate culture, resulting in the widespread adoption of work-from-home option so that people remain safe. This has created ample opportunity to serve the growing class of professionals with a modern computer.

The home office will not be a carbon copy of the corporate office.

"The home office isn’t even confined to the home. Instead, it becomes a flexible, transportable work setup. It eliminates the decades-old desktop setup, where a desk and a chair confines you. And replaces it with wearable smart glass," says Rohildev.

Nimo Planet (nimoplanet.com) attempts to make private, flexible, and "diskless" workspaces more productive and efficient than the corporates. Rohildev adds that their go-to-market strategy is B2B2C and the product is in the development stage.

Once the product gets corporate acceptance,the startup will scale to B2C in the future, with a targeted audience of working professionals.

Currently, Bump Planet is running a reservation campaign through nimoplanet.com. There are three options for people to reserve Nimo at nimoplanet.com/reserve, and interested customers can reserve with early bird pricing. The startup says a few hundred people have pre-ordered the product.

The startup is targeting 1,000 paid reservations.

With its high-speed and low-cost internet, Excitel is making inroads into smaller towns

The startup has received an undisclosed round of angel funding and has been developing the hardware to be resilient and compatible with the software application. It has taken the team three years to develop a ready product.

"Building a hardware business is hard. Creating a new computing device is extremely hard. But our previous experiences are helping us design and develop high-quality hardware and software without burning too much money in the initial days," says Rohildev

Nimo costs $699 and the company makes revenue from hardware first. Eventually, they plan to monetise with their own OS and apps ecosystem.

The company has filed patents for its OS, Design, User Experience, and Input Interface. It competes with Vuzix, Telepathy, Golden-i and the giant in the industry – Google Glass.

COVID-19 has had a huge impact on the way we work. Trends Exchange predicts that upwards of 30 percent of the workforce will work from home – at least part-time – following the pandemic. That’s approximately 49 million workers, and that's who Nimo is going after. As per Rohildev, this culture is going to expand into many countries, including India.

According to Gartner Inc, in 2020, revenues from endpoint electronics will total $389 billion globally and will be concentrated over three regions: North America, Greater China, and Western Europe. These three regions will represent 75 percent of the overall endpoint electronics revenue. North America will record $120 billion, Great China will achieve $91 billion and Western Europe will come in third, totalling $82 billion in 2020