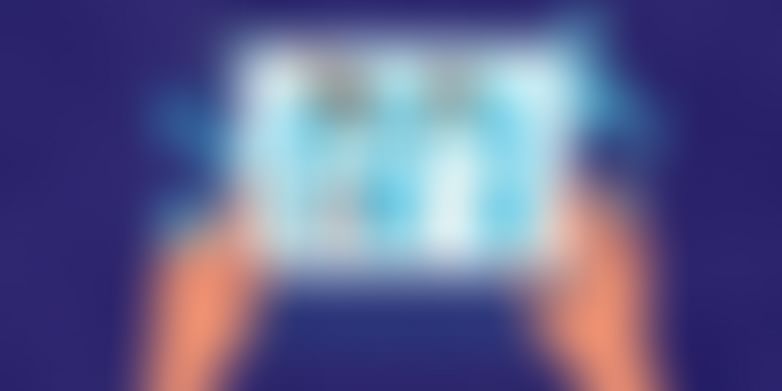 Experts from the healthcare industry agree that while telemedicine has been around for a long time now, its importance was realised only during the pandemic situation, which has given a boost to the healthtech sector in the country.

The COVID-19 pandemic has disrupted the business ecosystem across the country. Due to the lockdown implemented over the last four months, companies have been pushed towards digitisation in order to sustain their business. And this accelerated digitisation has seen increased adoption in the Indian healthcare sector, which is fighting the pandemic from the frontlines.

A recent report by healthtech startup Practo revealed that at least five crore Indians opted for online healthcare between March 1 and May 31, 2020, during the national lockdown, thereby recording a 500 percent growth in online healthcare consultations. The report also revealed that 80 percent of them were first-time telemedicine users. Also, 44 percent of the users were from non-metro cities.

While addressing the audience during an online industry event, Prashant Tandon, Co-founder and CEO at 1MG, an online pharmacy, said, the COVID-19 outbreak has proved to be a “strong structural boost to the healthtech sector.”

“We are in a position where we can contribute and provide things needed, which has been very gratifying for us. Structurally, it has been a big boost for digital healthcare in general, and a lot of behavioural change in healthtech. We expected this to happen over the next five years, but it happened within a couple of weeks,” Prasanth said during India Internet Day 2020 online event organised by TiE Delhi.

Dr Sunita Maheshwari, Senior Consultant, Pediatric Cardiologist at Bengaluru-based RXDX and Teleradiology Solutions, explained that COVID-19 not only led to the acceptance of teleconsultations by consumers, but also by doctors.

She added that earlier, doctors believed face-to-face consultations were better than online consultation. But when the pandemic broke out, healthcare providers immediately pivoted to an online model and welcomed the digital system.

In the wake of the pandemic, the Government of India also released the updated telemedicine guidelines on March 25, 2020, which legalised teleconsultation and telemedicine practice in India. According to the latest guidelines, patients can now consult with doctors over chat, audio or video for diagnosis.

He believes India is currently at a phase where “the statement of intent from the government is clear that digital health is a part of the nation’s healthcare architecture.”

According to a 2019 report by McKinsey Global Institute titled, ‘Digital India: Technology to transform a connected nation’, India might save up to $10 billion by 2025 if telemedicine services could replace 30 to 40 percent of in-person consultations.

Apart from 1MG, several startups such as Practo, mFine, Ubiqare Health, CallHealth, Lybrate, and DocPrime among others are working in the teleconsultation and telemedicine space at present.

Jahangir Mohammed, Founder and CEO of Twin health, believes the coronavirus outbreak has forced the healthcare sector to adopt digitisation a lot faster than expected. The panelists agreed that while telemedicine services have been around for a long time now, the COVID-19 outbreak increased the demand for such services.

“The biggest change for us was that we were initially providing tele-radiology services in the US, Maldives, Singapore, etc., but with the lockdown, we saw increased need for teleradiology software and services within our own country. It was gratifying to see that finally, the services which we were providing to the rest of the world is now becoming relevant in India,” Sunita said.

Shuchin Bajaj, Founder of Ujala Cygnus Hospitals, shared a similar story. Cygnus Hospitals, which works across North India including, Uttarakhand, Uttar Pradesh, Haryana, etc., stopped getting patients in their OPD initially amid the national lockdown. Due to the restrictions in movement, the hospitals developed and launched telemedicine platforms immediately within two days.

“We were always a bit lazy and we kept telling ourselves that our community is not ready for telemedicine and neither were our doctors. But when push came to shove, we started our telemedicine platform in just two days, and we are now doing around 35,000 calls per month as a network,” Shuchin says.

Highlighting a similar point, Rajat Garg, Founder of teleconsultation startup myUpchar, which is also providing healthcare information in Hindi, said, the realisation of the importance of telemedicine amid the pandemic has boosted the Indian healtech sector.

Apart from this, the healthcare sector is looking at increased use of smart health devices. Sunita believes the technology is already there in India, and more adoption of such technologies will happen in the near future.

Healthtech startups such as Docturnal, Predible, AIkenist, Aerobiosys Innovations, and HELYXON among many others are working with deep technologies and building smart health devices for faster monitoring, diagnosis and treatment.

The accelerated digital healthcare has also widened the discussion on the significance of electronic medical data. Sunita explained there is a need for a platform to record medical data where every healthcare stakeholder needs to be on the platform and also ensure interoperability.

She adds that while developing such a platform is difficult, it is not impossible, and that it can be a game changer for patients, and will also help to disseminate uniform protocols through the platform.

“For example, if we talk about COVID care for asymptomatic patients, the response varies from state to state. Recently, the Karnataka government said asymptomatic patients can be at home, while Puducherry is putting such patients in hospitals. So, there is no uniformity in India. We need a system where we can say this is a new disease, and this is the new protocol,” Sunita said.

Shuchin explained that maintaining data helps in providing “fodder for research.” He says that India is good at delivering healthcare, but did not do good in maintaining and analysing the data and squeezing information out of it.

India needs to think not only about maintaining electronic data, but also ensure data privacy to protect the data. Speaking about the importance of maintaining privacy, Prashant said health transactions should be treated in the same way as financial transactions, and no one, apart from the patient and the concerned doctors should know about it.