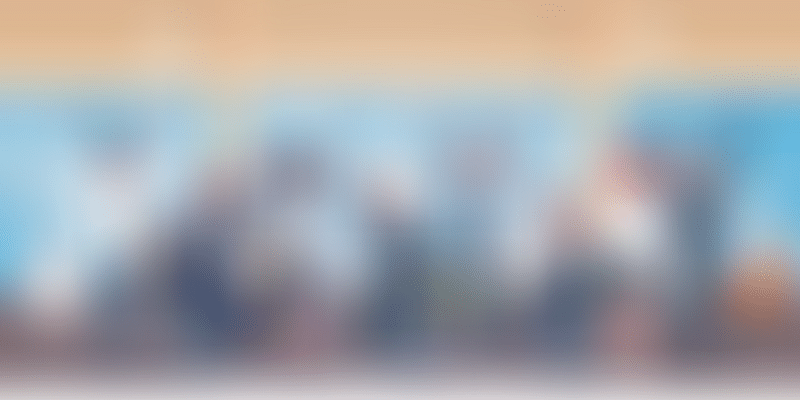 Empathy, trust and understanding are essential attributes that underscore a mutually fulfilling conversation leading to meaningful engagements and positive outcomes.

“I will take it up tomorrow”, said Rajesh.

“Rajesh, we are a startup, things don’t wait here till tomorrow. The investors will not hear any excuses, so we need it today, end of the day”, concluded Manoj.

When Manoj looked at his email in the morning, he had received an email back from Rajesh around midnight. He was happy he got it, till he looked into the contents. It needed a lot of rework. The information was there, but the presentation was seriously lacking.

He had another discussion with Rajesh, and you can imagine how it went. It was late that evening by the time Manoj got the report he liked. End of the day both were unsatisfied, irritated, and overworked. Over the past few months that they had been working remotely, they had burned through the trust that they had built while they were working out of the same office.

This is not just the case for Rajesh; his other teammates are in a similar situation.

Why does this happen?

Everyone is under pressure with too many things to juggle at home and work. Lack of recognition of emotions and poor quality of conversations slowly eat into the trust and bonds that we had built over time, working side by side in the office, having coffee or lunch break together, or by attending offsites and strategy meetings as a team.

• Earlier we were able to work together for a dedicated period of time every day in office and could get many things done. Now the situation of each person is different, especially for employees, who have young kids to deal with or who have old parents to care for. Different emergencies at home take attention away from work and professionals need a little more flexibility around work schedules.

• Managing by constant connect was easier when all were in same office. One could seek impromptu support from colleagues to overcome small challenges and get guidance and review as needed. But this is not easily possible anymore. Learning new skills is tougher and takes more time.

• Trust was built on seeing, experiencing, and knowing that the person has been on the job and is dedicated. Now that managers cannot see the team working, they must believe and that sometimes can be quite tough.

How can you make yourself and your team more effective and engaged?

Consider the above dialogue when Rajesh said that he will pick up the job tomorrow, his CEO, Manoj did not explore the reasons and did not attempt to understand in any way at all. He displayed poor emotional intelligence and his comments had a tone of finality that left no room for a conversation. Rajesh did not get a chance to ask exploratory questions about what format the report was supposed to be in, etc.

A better response from Manoj would have helped build the bonds and made things easier for both while meeting the objectives of getting the report completed at the earliest. The following techniques can help you achieve that:

Listen with a positive intent

The late Judith Glaser, author of Conversational Intelligence, tells us that our brain takes just 0.07 seconds in a conversation to form an initial impression and decide if we are going to trust the person or not. Listening plays an important role in it and helps build the bond. In the conversation above, Manoj was listening only for compliance and had no intent to engage in a dialogue. It was a monologue and had a sense of finality.

We are quick to judge and being remote makes this even more of a habit. We do not see the other person and we have doubts. It is important to develop the understanding at human level with your teams/peers. Had Manoj tried to understand the reasons behind Rajesh’s comments and then taken the time to explain the urgency, they may have been able to work together to re-prioritise things and get the work done in time without having hard feelings.

Dialogue is the solution to all people challenges at work but are you doing it right?

When you assume, you destroy many possibilities. In the above conversation, Manoj may have already declared Rajesh a slacker in his mind and is wondering what happened to the dependable person he used to be. I am sure that multiple such poor conversations led to the current situation where the trust has been eroded badly.

A little empathy would help you stay connected and engaged. Asking open-ended questions will help to challenge your assumptions.

Trust takes time and effort, the onus is on both the people in a relationship. In the above conversation, after Manoj said that he wants no excuses, Rajesh did not try to explain his situation.

A trusting bond encourages more sharing. It requires transparency, openness, and an ability to be vulnerable sometimes to make sure that people trust you.

Every conversation is an opportunity to build the trust. He could have started by asking for the timelines and reason for urgency to express empathy towards his CEO, before sharing his own challenges and seeking support from Manoj.

It is not easy to manage emotions. In the above dialogue, a simple statement by Rajesh that he will pick the task up the next day, triggered many negative emotions in Manoj and he reacted with a strong statement of his own. He was not aware that he may be responding from anger, disappointment, etc.

He should have given some time to let the emotions settle and that could be done by delaying the response and by asking open-ended questions to understand and explore. That is why responding is always better than reacting.

Bringing objectivity to the conversation and sharing reasons for the ask are equally important to get a buy-in from the other party. Instead of saying “we will do this because I say so”, Manoj could have explained the reasons why he needed the report by the end of the day. He could have shared that he needed to submit the report next day and that his own review will take time, etc. and that was why he needed it by a specific time the following day.

He could have also explained the exact requirements on the report format so that no one had to do re-work. If he had taken time to create the buy-in through this conversation, by spending a little extra time on it, he could have saved so much time and effort for both.

Do not be in a hurry

Conversations are the only way that you can establish connect with your team these days. They set the stage on expectations on both sides. If you cut them short, you may get poor quality work and poorer relationships. The team performance will fall, and this will surely have an impact on you.

Take time to plan the conversations, make sure that you cover all aspects, allow time for questions, discussions and make sure that the required clarity is there for both the people involved.

Whether you are Manoj or Rajesh in the above conversation, these few pointers will help you turn the conversation in to a positive direction. Each such conversation will continue to build stronger relationships and help in delivering good results. A good conversation and a human-to-human connect always help people thrive in all circumstances.