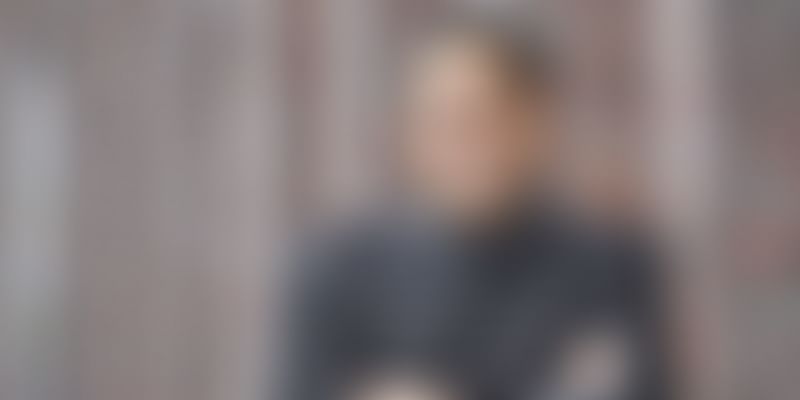 In a fireside chat with TC Meenakshisundaram, Founder and Managing Director of Chiratae Ventures, serial entrepreneur and investor Ronnie Screwvala talks about future of media and entertainment industry, the debate around OTT vs theatres, navigating the COVID-19 crisis, and more.

COVID-19 has made stakeholders in every industry to turn back to strategy drawing boards, and the media and entertainment industry is no exception.

A report by IBEF predicts the media and entertainment industry will grow at a CAGR of 13.5 percent during FY19-FY24, and is expected to reach around Rs 3.1 lakh crore ($43.93 million) by 2024. But the traditional media industry is now sceptical of the changes induced by the new normal in a post COVID-19 world.

Giving his insights about the current situation, serial entrepreneur and investor Ronnie Screwvala said he believes this ecosystem is one where advertising dependency is a big challenge and that will take years to recover.

“So today, I would say radio, broadcasting, and all are definitely sunset industries. The digital part obviously is the new one and its subscription model has really made a difference from day one,” he added.

Screwvala is the founder of UTV Group, Unilazer Ventures, and Co-founder and Chairman of upGrad. He is also the founder trustee of Swades Foundation, an NGO.

Being a part of the media and entertainment industry for decades, he is of the opinion that discerning audience and storytelling has changed. The best of script writing and storytelling has moved to digital because they plan more and pay more, making the budgets on digital to the next level.

In a conversation with TC Meenakshisundaram (TCM), Founder and Managing Director of Chiratae Ventures, Ronnie Screwvala discussed more on the consumer expectations in the new normal, theatrical experience, and many other burning issues impacting the Indian startup ecosystem.

The conversation is in line with Chiratae's aim to bridge the gap between industry stalwarts and emerging businesses by bringing the ecosystem together during this unprecedented time.

TC Meenakshisundaram (TCM): We are in unprecedented times, and at the same time we are also battling its impact on business and financials. What are your thoughts on the impact of the pandemic on the Indian startup ecosystem?

Ronnie Screwvala (RS): As leaders and entrepreneurs, it’s our responsibility to bring a fair amount of balance and the best element of projection of certainty in these uncertain times. Tomorrow may be worse than today, so we should be prepared for that.

“In the next 1.5 years, the stronger we are, the longer term we think, longer durability and clarity we’ll give to our team of people.”

Today, the big challenge is that there is going to be a fair amount of consecutive bad news over a period of time and most people at team levels like to hear it all over at one time. So how does one project as frank or blunt a picture? Even in uncertain times, we can segregate leaders from great leaders.

TCM: There is something great that has happened in the last three months - Jio platforms raising $20 billion. The company is also talking about its future plans, acquisitions, and capability to do 5G networks. What are your views on it from a vantage point as an entrepreneur and as an investor in startups?

They didn’t build it on the basis of raising private equity, they built some of their businesses based on a core business being profitable and then built on that. It’s not always about funding and resources, it’s also about the element of taking risks and having that phenomenal team to do it.

“It’s a phenomenal ecosystem. We are working in rural domain and we can feel the change that Reliance has brought in the digital domain. Between the ecosystem, fund raising, thinking big, and not that when you are only tanked up with $5 billion, but when you go out and take the risk, for me these are personal takeaways what I see from Jio today.”

TCM: This has opened up a really interesting statement that only startups can be agile. It is the question of DNA that matters. Size does not matter to think digital also. Both digital and agile is something the way this company has done is the question of culture.

RS: Yes, absolutely. I have worked with both Walt Disney and Century Fox Studios during my media days, and both were shareholders in my company. Both are phenomenal companies, but chalk and cheese in terms of culture. One is extremely entrepreneurial, gives stakes, and make failures, and the other one is extremely process and hierarchical driven.

The ones that are nimble actually don’t need to be in terms of size. Large organisations have seen that all over the places.

TCM: Coming back to Reliance Jio, they started off with some acquisitions. You see that continuing because in Silicon Valley, big companies continue to acquire so that the ecosystem thrives.

RS: I think they (Reliance) continue to be the catalyst and not the controller. So they will have a very domineering approach and a very cutting drive business approach. I don’t think there’s anything wrong with that, especially when you’re running something of that nature. But the ability to be in a catalyst role is phenomenal!

TCM: Another big shift that has happened is India’s position with China. Also, we hear that investments from Chinese companies are slowing down. Being the largest pool of capital for India, what is the impact and significance of that now?

RS: If I see the present political dispensation, it is very strong on the mantra of Swayam and India, ‘Make in India’, and the whole rhetoric, and it will only get stronger and stronger.

The Dolby sound around for everyone in investment is that it will be undependable hostile capital. And I think it’s connected to my other question - what COVID outside of it has really brought about is this whole world’s flak is going away, globalisation is becoming less and less, and nationalism is becoming more and more.

“For the next 3 to 5 years - forget about cultural changes or viewership changes or consumer changes. I think nationalism is going to be a very strong clarion call for many countries around the world.”

So if you take all of that into account, we will have to be a little cautious of the fact that the mantra is not going to be favourable for Chinese capital, and it will be a flogging horse.

TCM: We are already talking about TikTok replacements coming up. In a way, this could be a big flip for the Indian startup ecosystem in creating our own.

RS: I hope that China stepping out should not be the reason we get all this galvanised. It’s because we got a phenomenal domestic market. It’s low on ARPU but high on volume. It’s a phenomenal market to grab with or without the Chinese.

RS: When I kind of divested from Walt Disney, exits were scorned at. But in the last four to five years, exit is a word coveted by entrepreneurs. Overall, I think the media is on a downward trend. Conventional media companies can be phenomenal but they are on a downward trend as COVID-19 indicated the sheer dependency on advertising.

“They will acquire local talent but they cannot acquire local platforms because the technology and the interface they’ve created is so incredible that they don’t need it to be bought from anywhere else.”

RS: I think yes, there will be 30 percent of content that will go straight and direct to digital because today the movie going experience has become a little bit of a challenge.

The younger generation does not want to be seat-belted for three hours just because they’re getting a little bit of better popcorn. I think they’ve dug their own grave in terms of the cinematic experience so you’ll only go. Today if people were going to the movie theaters 12 times a year, they’re now going six times, and I think because of COVID it’ll be three times a year.

RS: The beauty in online is that today, whether we like it or not, the socio-economic reasons force people to take up a job very early in their lives in India, and therefore skip education more as a necessity rather than a choice. And that’s what I think online will substitute for, where you can continue to work and learn and get a degree.

With upGrad, the problem we want to solve is of lifelong learning as we believe education is no longer an event, and every three to four years everyone will need to upgrade themselves. With COVID-19, evangelism and urgency has crept into edtech because of the simple reason that everyone was sceptical. This has accelerated our growth.

I see it as an inflection point because of the simple reason that the acceptability of online as a learning medium has arrived. All companies would have taken another three to four years for concept selling, brand building, community building, and that has been accelerated. I see it more as an acceleration rather than an inflection point.

TCM: Coming to the broader startup ecosystem, there’s this big issue of how the revenue is coming back and whether the demand is going to come back. What should entrepreneurs do to remain optimistic and also conserve capital to be able to manage it?

RS: I think the problem this generation of entrepreneurs is facing is continued balance of fundraising and being in the business. I think this is a flawed concept. Today, in COVID times, I would urge everyone that this is the time you really correct your model.

“We may go through this by shutting a business, but that doesn’t mean we will not start another business. As entrepreneurs, we are resilient, we are not going back to our jobs, but this is a phenomenal opportunity to cost collect.”