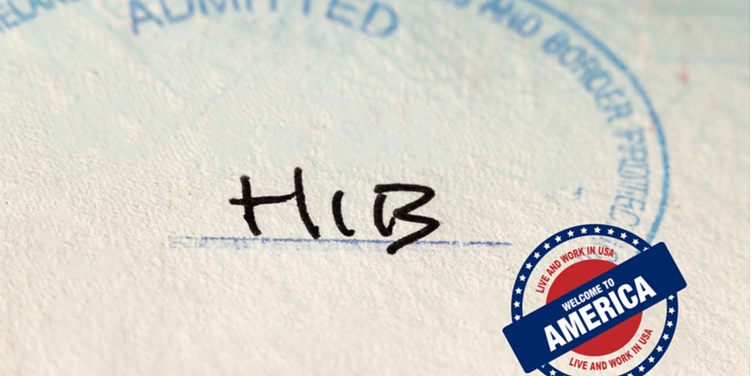 These 14 companies form 85-90 percent of the H-1B visas issued to all Indian technology companies, Minister of State for Electronics and IT Sanjay Dhotre said.

Fourteen of the largest Indian technology companies in the US had an aggregate of 6,663 H-1B visas approved for initial employment in 2019-20, the Parliament was informed on Tuesday.

"...the 14 largest Indian technology companies in the US had aggregate 6,663 H-1B visas approved for initial employment in the financial year 2019-20," Minister of State for Electronics and IT Sanjay Dhotre said, citing data from industry body Nasscom.

These form 7.9 percent of the total 85,000 H-1B visas approved for cap and cap-exempt initial employment, he said in a written reply to the Lok Sabha.

"These 14 companies form 85-90 percent of the H-1B visas issued to all Indian technology companies," Dhotre added.

The actual impact on Indian IT companies due to restrictions imposed by the US on H-1B visas can only be gauged in course of time, the minister said.

In response to a separate query, Dhotre said 190 companies have been allocated a total of 51,297 BPO/ITES seats to set up 276 BPO/ITES units across the country under the India BPO Promotion Scheme (IBPS).

"Out of these, 249 units have started operations, providing direct employment to over 36,000 people," he added.

Earlier, in July, domestic rating agency ﻿CRISIL﻿Ratings said that the suspension of the H1-B visas by the US will cost domestic IT firms Rs 1,200 crore and have a marginal 0.25-0.30 percent impact on their profitability.

An increase in local hiring over the last few years, since the US — the largest market for Indian IT firms — started curbing the visa issuances, will help limit the impact on the Indian IT companies now, CRISIL Ratings said.

The US move on the H1-B and L1 visas will have limited impact because of the lower reliance on the entry system by hiring locally, it said, adding that renewals of the visas will be unaffected.