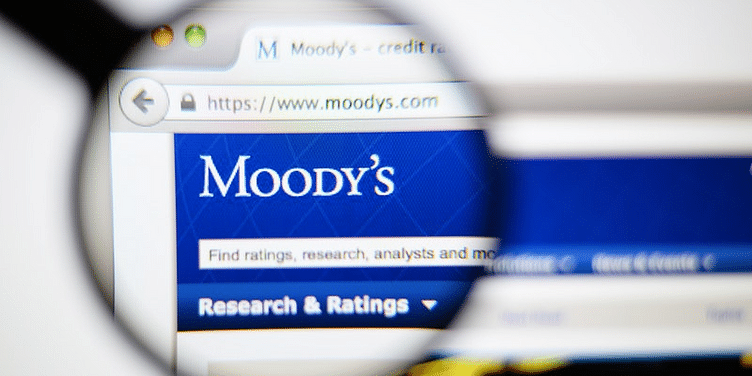 It said India's credit profile is increasingly constrained by low growth, high debt burden, and weak financial system. These risks have been exacerbated by the coronavirus pandemic.

"Mutually reinforcing risks from deeper stresses in the economy and financial system could lead to a more severe and prolonged erosion in fiscal strength, exerting further pressure on the credit profile," Moody's said, while projecting an 11.5 percent contraction in Indian economy this fiscal.

Domestic agencies Crisil and India Ratings and Research have projected contraction of 9 percent and 11.8 percent, respectively.

American brokerage Goldman Sachs said the Indian economy is the worst hit among major economies, sharply cutting its 2020-21 GDP forecast to a contraction of 14.8 percent.

The estimate comes days after official data said the economy contracted by 23.9 percent for the June 2020 quarter, compared to the level it was at in the year-ago period as activity across all sectors barring agriculture contracted due to the lockdowns. The nearly two-month-long lockdown froze economic activity but was unable to contain the number of infections, which stand at 40 lakh.

"India's GDP (gross domestic product) was hit by COVID-19, the highest across major economies," analysts at the brokerage said.

The 14.8 percent contraction in 2020-21 is among the most pessimistic among all analysts till now.