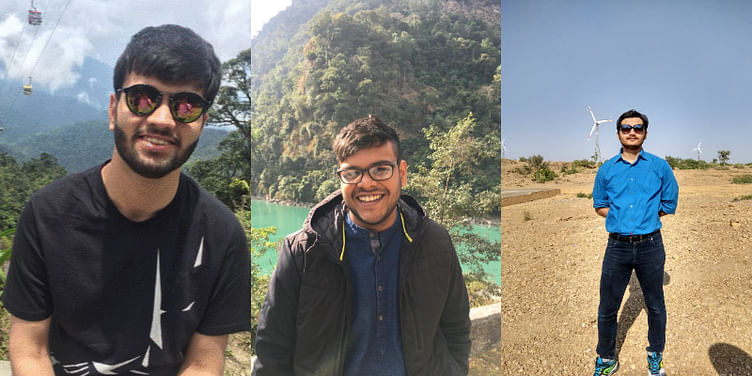 Started in January 2020 by Rishank Pandey, Ruddhi Prasad Panda and Mihir Katiyar, WorkDuck has been selected as part of YourStory’s Tech30 cohort for 2020.

Bug fixing is a time-consuming endeavour. According to estimates, 51 percent of the app developers say they don’t have the time to properly test apps before release. In addition, 71 percent of the apps are uninstalled due to crashes and performance bugs.

However, ﻿Workduck﻿, a Delhi-based startup, is automating the bug-fixing process using technologies like artificial intelligence and software as a service (SaaS). It is a powerful, no code platform for automated QA testing and collaboration.

Started in January 2020 by high-school friends Rishank Pandey, Ruddhi Prasad Panda and Mihir Katiyar, the startup has been selected as part of YourStory’s Tech30 cohort for 2020.

Rishank shares that it took him sometime to find his true calling while in college. “I have had the good fortune of being surrounded by some really smart and motivated folks around me - and once I started to brainstorm with them, it wasn't hard to figure that technology is the future and something definitely needs to be done to make India a hub.”

WordDuck is Rishank’s third startup and the idea germinated when he decided to “focus on shipping products faster with fewer bugs”, with the help of a platform.

By just writing down the URL of the platform, the user can navigate through the app. The WorkDuck platform automatically creates relevant app tests without the hassle of scripting.

Rishank says, “One of the key problems for users in testing is having to deal with multiple frameworks and setting them up across different tech stacks and device types - so the idea is to have one common platform for everything.”

It is aimed at making it easy for anyone in a team to collaborate in testing the app and giving instant feedback, which the developers/product team can see in a single place along with screenshots, user interaction logs, and videos. The element identification and crawling capacity of its AI engine, based on an unsupervised app type, allows anyone to test any app without writing a single line of code.

WorkDuck uses a SaaS/Software licence revenue model which is dependent on the number of users in a team. The startup also provides a seven-day trial as part of its subscription model. There is a band of $99 /month for small teams and $250/month for bigger teams.

Even though it is at a nascent stage and despite its newness and the coronavirus pandemic, it claims to have on boarded valuable companies like Google, Facebook, Udaan, ﻿Flipkart﻿, Hilti and Rakuten as its clients with a Net Promoter Score of over 70.

The bootstrapped startup, which has less than 10 people in its team has not raised any funds so far but plans to raise a seed funding round next year for hiring people, developing its AI engine and also plans to partner with several universities. The startup competes with companies like Lamdatest, Waldo, Teemit, and a few others.

Rishank says that the West has been the go-to place for understanding and applying cutting edge technologies. However, this is something that they plan on changing by building foundational technologies in India.