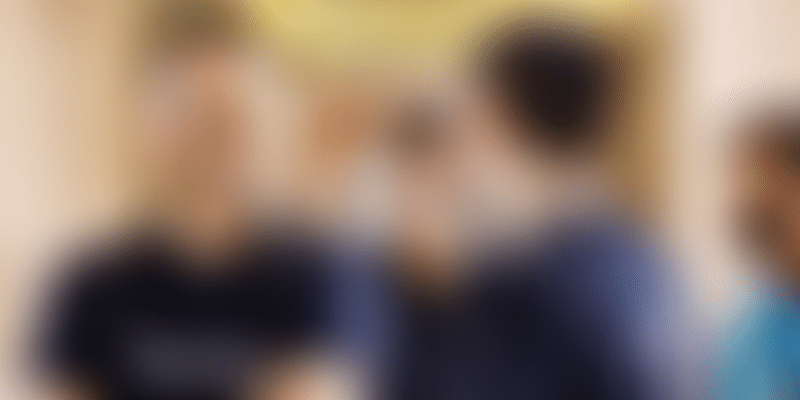 In conversation with YourStory, Teruhide Sato, Founder and Managing Partner of venture capital fund BEENEXT, talks about why he looks for passionate founders who are eyeing the big picture.

When Teruhide Sato started investing with BEENEXT, he began making investments from the balance sheet of his startup BEENOS, now one of Japan’s largest conglomerates. The first startup he funded in was Citrus Pay.

This was eight years ago.

Today, Teruhide is the Founder and Managing Partner of VC fund BEENEXT, which has a strong track record in investing in multiple startups like AngelList, BharatPe, EazyDiner, HackerEarth, Zilingo, Mfine, and more recently edtech startup Winuall.

The fund, which recently closed two new funds of $160 million, has in the past five years made close to 70 investments in India. An investor with a difference, Teruhide’s track record in building businesses from scratch and taking them public is something that every founder and entrepreneur aspires to learn from.

“Today, the ecosystem is deeper and wider. It is the time for founders with great ideas, calibre, and product to capture the market as the environment to encourage challenges has evolved,” Teruhide says.

With an aim to help startups grow and build more innovative products, Teruhide started BEENEXT in 2015 after resigning from BEENOS.

[YS Learn] Key learnings and lessons from Entrepreneur First, and what it looks for in founders

“BEENEXT is my second child. It is a venture capital fund, and I consider it to be a partnership and community of founders. I am a founder first, so this has been the background from day one,” Teruhide says.

He adds he had the good fortune of having great mentors and investors who believed in him when he started his entrepreneurial journey in 1997. “I want to return these learnings by showcasing successes. I thought of building a founder-centric community.”

Teruhide says his journey spanning over two decades took him through several ups and downs, and there were several learnings for founders. These include

During the course of his work, Teruhide witnessed large global economic downturns such as the dotcom bust, the Lehman brothers crash, and now the COVID crisis. But he staunchly believes that mankind’s ability to solve problems is inevitable.

“Entrepreneurs are people who are more committed, passionate, energetic, creative, and resilient. When you build a business, you build it by embracing changes – in internet infrastructure, customer behaviour, business opportunities, etc. Entrepreneurs need to turn changes into opportunities,” he says.

COVID-19 is worrisome from the health perspective, but holds many opportunities for innovations. How can you use tech to change status quo? “Today, you have data, technology, and manpower that were not there 10 years back. It is about how you look at the world around you and build solutions. It is the time to stand together and build better solutions,” he says.

He adds that he was at Alibaba headquarters in 2009 for their 10-year anniversary and was “shocked by how the company was able to build something this opulent and big in just 10 years”. “It pushed me to travel different parts of the world, and explore different startup ecosystems,” he says.

This time also led him to explore India. He now feels that an entrepreneur’s role in society is to identify and solve problems; if they manage that, they can have a big business.

“India is a country that is need multiple solutions. Be it healthcare, financial inclusion, or education, there are multiple opportunities.”

Teruhide advises entrepreneurs who are in it for the long run to focus on survival, secure capital, and do whatever they can to save the company. He says COVID-19 will make them more creative and stronger.

“As long as you survive, the market will return to normal. The customer is adapting to tech faster. The adoption for tech, in B2C, B2B or supplier side like vendors, doctors, teachers, educators, is high,” he says.

With the demand for digital soaring, 2020 will see the rise of newer businesses – “one of the reasons we kept investing”.

Focus on your vision

Teruide says the Indian startup ecosystem is seeing a second and third wave of founders. These are founders who are building their second or third businesses, have been there and done that, and are superstars in their own right.

“They now have the ability to become mentors and influence the next generation of new founders. Knowledge is now widespread,” he says.

He adds that 10 years back he didn’t see the word TAM (Total Addressable Market) in a pitch, but it’s common today. “I think there is a framework in place, so the discussions start at a higher level, on their plan and roadmap,” he says.

“But we would love to randomly chat with founders, who have a vision and idea without a deck, and have an open discussion,” he says.

The investor says he would like to know more about the founder, their goals, and purposes. Building a company is a long-term journey. It requires a lot of capital and people, and isn’t glamorous at all. “I believe a leader is the most passionate about the idea and vision; that cannot be copied or replicated,” he says.

“When a founder believes in the idea deeply and is fully committed, they can figure out how to solve the next issue and challenge. But if you have borrowed the idea, you cannot pour energy into something you don’t believe in,” he says.

He adds that he can’t support a founder if he doesn’t see the passion.

Figure out the problem and customers

Teruhide says he has always been an entrepreneur and built businesses. So, when he looks at a pitch, he considers what problem it is solving and what value the company is creating.

The timing is also critical in tech businesses. “For example, four years ago wasn’t the right time for a UPI-enabled business. Two years ago was the best time.”

He also looks at the business domain and whether the startup has the potential to scale.

“We consider a 10 to 15-year horizon and look at the big picture. We look for founders who aim to make a big impact,” he says.

“Empowerment is the most important thing. We need to empower founders to empower societies. We will continue backing founders in different sectors, and focus on any business that empowers industries, societies, business (small or big).”