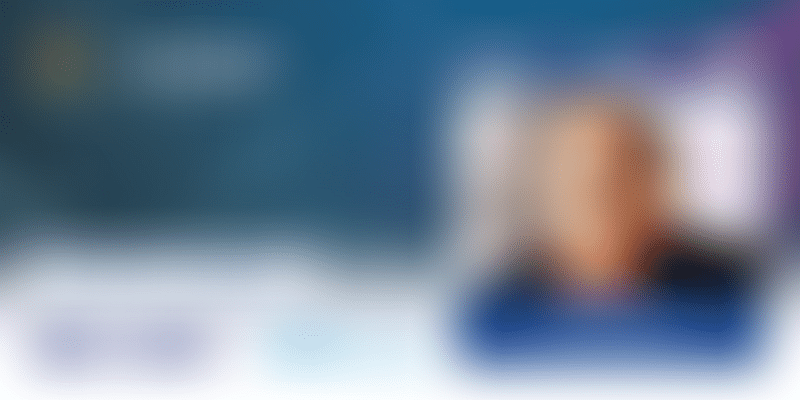 At Bengaluru Tech Summit, ABAI's Biren Ghose shared how AVGC is already proving itself to be an agent of change in India’s changing economic landscape.

India’s Animation, Visual Effects, Gaming, and Comics (AVGC) industry has been growing at an exponential rate, and the recent announcement to develop an AVGC Centre of Excellence (CoE) at IIT Bombay only reaffirms India’s goal to augment its growth and help transform the country’s media and entertainment sector into a $100 billion industry.

Over the last few years, there has been constant outsourcing of animation technology to India, This model has since evolved from traditional outsourcing to one where Indian stakeholders are creating their own Intellectual Property (IP) and co-productions.

In addition, the country has seen the entry of many global majors who have tapped into India's talent pool for offshore production. Karnataka, in particular, has grown to be a key hub for animation services, VFX services and game developers. The growth of the AVGC ecosystem has been driven by the Government of Karnataka’s strategic offerings to collaborate and build world-class infrastructure, drive talent, and mentoring in skill acquisition.

In addition, it has also worked on building a robust regulatory framework. In fact, Karnataka was the first state to institute an AVGC Policy in 2012, which it further updated in 2017. The Karnataka AVGC Policy 2017-2022 aims to develop Karnataka into a leading global AVGC hub in terms of export revenues, projects acquired, and employment created by strengthening the ecosystem.

“For those of us in the creative industries, now is the time to leverage the tools and technologies from our computer graphics libraries and our savvy story-telling to enable businesses to tell their stories and shape their future,” shared Biren Ghose, Country Head, Technicolor India and President, ABAI in his keynote address at the AVGC track at Bengaluru Tech Summit on Friday.

He added that the creative industry needs to look at an aggressive growth plan and achieve exponential growth. “Under normal circumstances, a 5-15 percent growth rate is acceptable, but we need to at least double the growth rate. In the short term, we need to achieve at 15-25 percent just to overcome the stagnation during the pandemic recession.”

Biren shared that AVGC is already proving itself to be an agent of change in India’s changing economic landscape, and that Bengaluru has achieved a place of pride due to a large number of partnerships between the government and the industry.

Sharing a broad overview of India's media and entertainment industry, Biren shared that the industry earns a revenue of Rs 1.3 trillion, and has seen a compound annual growth rate of 10 percent over the last five years.

“Within India’s media and entertainment industry, the animation sector has achieved a growth rate of 18 percent and the e-sports sector has seen a 34 percent growth rate.”

He highlighted that the growing film, television and the emerging Over-the-top (OTT) business in India has created a tremendous economic impact by generating gross output Rs 150,000 crore in revenue, employing 8.5 lakh people directly and that induced effects of the industry creates Rs 350,000 crore of total gross output and employs 26 lakh people.

Biren shared that more than 65 percent of the AVGC revenues comes from AVGC services to the global market. “Today the AVGC sector in India is poised to drive a similar growth to what the IT industry saw 20 years ago.”

He noted that further integration of India’s AVGC sector with the global supply chain for AVGC production is perhaps the biggest opportunity for the country, as it could drive differentiated positive impact for the domestic industry.

Biren also emphasised the need to repurpose the skill-force to meet the demands of the new economy, “Today, we live in an age of a new industrial revolution where autonomous robots, simulation like Virtual Reality, Augmented Reality, Artificial Intelligence, Cloud, Big Data, IoT are normal agents of change. Therefore, it is extremely important that our technology agenda aims to leverage these new paradigms. Our technology workforce needs to be repurposed for the new-age jobs.” He added, “In order to protect and grow our technology market share, Bengaluru must take the lead in reimagining workforce transition as a huge urgency that we must confront and resolve.”

In his address, Biren also touched upon how the trade association for the animation, visual effects, gaming and comics sector - ABAI - is working with the government to further the growth of AVGC sector in Karnataka through its many initiatives and engagements. He shared that ABAI is working with the state government of Karnataka to build an AVGC Centre of Excellence. “Once launched, the AVGC CoE will be like a highway for professionals and companies to journey forth.”

He also spoke about how certain sectors within the larger AVGC sector like e-sports and animation can add to the AVGC momentum in the state. “E-sports and online gaming have rapidly advanced the AVGC paradigm and taken the VFX and animation to the next level. This is due to the physical immersion that a user experiences when someone gets into the story of the product.”

He added, “Today, on top of the real world, we have also built a social layer on the web. And, we are now in the process of adding another layer on top of it with online gaming taking centre stage. This gaming layer is a pervasive layer that goes beyond just entertainment. This layer has the potential to reshape education, ecommerce and almost everything else in our lives. In the time to come, it is going to be more important than the social layer and will be communicator and marketeer’s delight.”

Biren noted that the second big area of opportunity is in the area of Augmented Reality (AR) and Virtual Reality (VR). “Traditional advertising and marketing are steadily losing ground. VR and AR lends itself to an acute level of personalisation, and thereby opening a new territory to innovate. It presents with its unchartered possibilities. With VR, tech companies can build a new world, new prototypes, and bring it to the consumer and then scale it. VR presents an opportunity to embed point of sale communication within a simulated immersive real-life experience. With AR, then can enhance what’s already there in our world by adding a new layer of interactivity and experiences.”

He also highlighted the potential in the creation of original content, “This is the time to talk about IP. We have finally crossed some significant milestones in numbers - 700 million internet users, 450 million smartphone users and 350 million gamers. About 400 million people watch videos online and 100 million people shop online. People spend 49 percent of their online time on social media and 23 percent of that on entertainment - primarily video and music - averaging around three hours. To put it simply, the market and distribution have finally arrived. And, this is the opportunity for IP development and creation.”