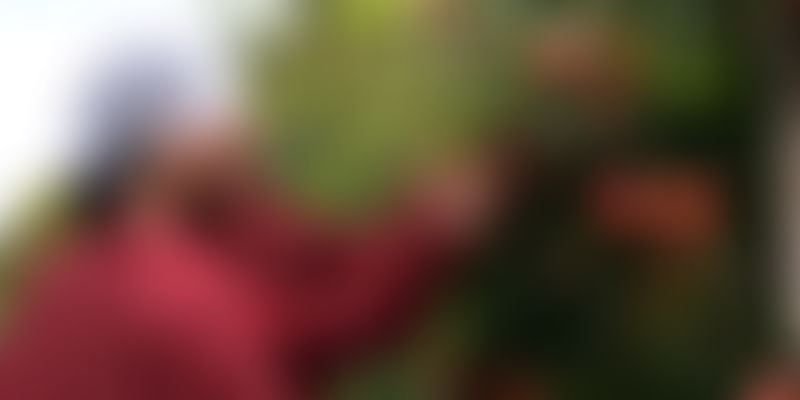 Among India’s top fruit exporters, Mumbai startup INI Farms has built an integrated supply chain from farm to table. In 2020, it ventured into D2C commerce.

INI Farms began in 2003 as INI Consulting, an agro consulting firm that advised international agribusinesses on their India market strategies.

While working on a client project, co-founders and husband-wife duo Pankaj and Purnima Khandelwal got initiated into horticulture. That piqued their interest in farming, and they decided to change course in 2009.

Thus was born INI Farms, an integrated end-to-end agritech startup that moves non-seasonal fruits from ‘farm to table’. It owns and controls the entire supply chain — from sourcing (directly from farmers) to sorting and grading to packaging, branding, and exporting to 35 international markets.

Co-founder, Chairman & MD, Pankaj tells YourStory, “Post-harvest supply in perishables was a complex problem. Starting from the front-end wouldn’t have solved issues of quality and traceability. We had to begin at the backend.”

Following the pandemic-led disruptions in food supply chains, INI Farms went on to add a direct-to-consumer (D2C) vertical in its business.

In October, it launched a vertical commerce platform (kimaye.com) to directly sell unseasonal fruits and fresh cuts to consumers.

Kimaye-branded fruits are also available off the shelf at supermarkets like FoodHall, Star Bazaar, BigBazaar, More, and on BigBasket (more on that later).

Mumbai-headquartered INI Farms’ decade-long journey in agri-food has, in essence, mirrored the developments and advancements of the sector at large.

When INI Farms started over 10 years ago, lack of infrastructure was the biggest issue for perishables, and post-harvest loss was extreme.

Pankaj elaborates, “All the infra - from logistics to internet connectivity - was focused on big cities; it didn’t reach villages. But these were important in building a sustainable agroecosystem. Infra has changed dramatically over the years for organisations like us to be able to manage the supply chain end to end, maintain temperatures [for cold storage] and timelines, and work with farmers to cover the length and breadth of the country.”

Today, the startup works with over 5,000 farmers across eight states, and is one of the top three exporters of bananas and pomegranates — its focus fruits — from India. Over 80 percent of INI Farms’ sales, which also include coconuts and arils (pomegranate seeds), happen in international markets.

It exports 40,000 tonnes of fruits annually to Europe, Middle East, South East Asia, alongside North America, Australia, and New Zealand, with over 700 domestic modern-trade partners in these markets. INI Farms also has subsidiaries in Amsterdam and Dubai.

“India is the largest grower and consumer of bananas in the world. But we had almost no presence in the international market because we lacked best practices, post-harvest mechanisms, and export channels. We began by understanding the interventions needed in the supply chain. And realised that we had to take ownership right from the farm level to retail and then D2C.”

The Series A startup is backed by Aspada Investments, Unilazer Ventures, Aavishkaar, and a bunch of angels. It has raised Rs 90 crore, with the last debt round led by Samridhi Fund (a social venture capital fund by SIDBI) in March 2019.

Growth and expansion so far

Until 2015, INI Farms operated through a distributor-led model in just three states: Maharashtra, Gujarat, and Madhya Pradesh. “The big transition started happening from 2015 until 2017,” according to the co-founders.

“Building infra is easier, but building scale is difficult. Once that was done, we could drive efficiencies at the farmer level. Today we are in eight states, with sourcing infrastructure in Maharashtra and Andhra Pradesh. We moved from distributor partnerships to direct relationships to retailers and finally D2C.”

With all the infrastructure in place, INI Farms has reduced post-harvest loss to 1.6 percent, an industry-wide low.  As a result, it has been able to increase farmer incomes, and offer them a minimum guarantee price.

INI Farms looks to grow export volumes to 150,000 tonnes, and expand its farmer network to 20,000 in the next three years. “We grew at 70 percent and turned cash positive last year. Our gross margins are among the highest in the industry. We’re looking at a topline of $200 million by 2026,” Pankaj reveals.

Despite the “significant disruption” caused by COVID-19, with fruit containers stuck at ports and air cargo coming to a standstill, the startup has maintained an impressive growth trajectory.

Purnima shares, “A large part of our operations is in Europe, and the fresh cuts business is done by air. That took a massive beating. In Q2, we resumed only when cargo and freight re-started. Even then, freight costs are 5X of what we were paying pre-COVID.”

While COVID-19 certainly posed multiple challenges, it also opened up new segments and created opportunities for business expansion. D2C is one such segment, which is seeing the entry of new brands by the day.

INI Farms launched its fruit delivery portal to make the most of the rising demand for healthy and hygienic food products among urban consumers. Kimaye.com is an extension of the brand under which it exports fruits.

The service went live with the promise of four-hour delivery in Mumbai, Navi Mumbai, and Thane. It has processed over 1,700 orders in under two months. Kimaye.com will be live in Bengaluru and Delhi by the year-end.

Highlighting the importance of a front-end presence, Pankaj says,

“Packaging is not just about looking good, but it is also about how it can retain the best quality of food. A fruit typically changes hands four to five times before it is consumed. But, the infra for handling sensitive fruits is still lacking at the front-end. We realised we needed our own D2C channels to be able to deliver sensitive products and provide the best consumption experience to buyers.”

INI Farms plans to launch a fruit subscription service targeted at “premium, recurring customers” as it scales up Kimaye.com in the next few months. It will also expand its fruit basket to blueberries, avocados, and others.

One of the most interesting tech integrations done by the startup is that dynamic QR codes are attached to every Kimaye-branded fruit.

Buyers can simply scan the code with their smartphones and trace the origin of the fruit. INI Farms hopes to improve traceability and accountability through this ‘FruitRoute’ feature.

“Traceability has been in our DNA since we started because international markets need you to have a traceability code in every box that is exported. So we can trace if the problem happened at the field,  the packhouse, or in transit. Given the technology we have today, we could move from trade traceability to consumer traceability. Buyers can find the farm and village where the fruit was grown, and trace the route through which it reached them.”

INI Farms plans to raise funds from PEs to scale up its D2C operations. Given the potential boost agritech will get from the Farm Bills 2020, this is a space ripe for disruption and innovation.

Pankaj signs off by saying, “Each product has to be seen from a value-chain approach. Only then can you solve from farm to table."